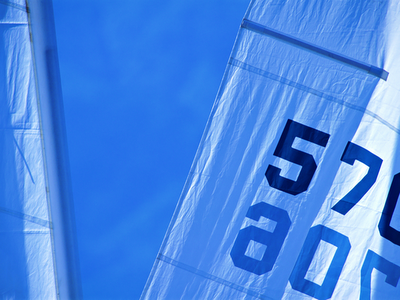 If they had any sense what so ever of shame or humility, one of the many lectures that America should never hear from a conservative pundit is one about the virtues of acting like an “adult”. Rich Lowry of The National Review would surely prefer to be known for his political insight yet is probably best known for his digital stalking of Sarah Palin. August 3, 2010 12:00 A.M. Attack of the Adults, If you want to find a grown-up in government, don’t look in the Oval Office or the Capitol. Look in the statehouses of New Jersey and Indiana.

Christie traveled the state making the case for budgetary retrenchment, and he frontally took on the state’s most powerful interest, the teachers’ union. He rallied the public and split the Democrats, in a bravura performance in the lost art of persuasion. At the national level, George W. Bush thought repeating the same stalwart lines over and over again counted as making an argument, and Barack Obama has simply muscled through his agenda on inflated Democratic majorities. Christie actually connected. ( emphasis mine)

When a Democratic president, senators and representatives run on a platform, get elected, bend over backwards to be bipartisan and accommodate the most right-wing Republicans to ever hold federal office, those Democrats are not supposed to act on their platform, they’re supposed to check in with Lowry first. How is it physically or grammatically possible to have an “inflated majority”. If anything, because of  Republican senatorial representation of low population states, Republicans have more legislative pull than is representative of the American constituency. The playing field is stacked in their favor and conservatives like Lowry keep whining anyway.

Chris Christie the salvation and future model of conservatism? Christie has run New Jersey like Bush and Republican ran the federal government. They have cut some spending, slashed taxes for the wealthy, and run over the interests of working class Americans. Like Bush, Christie plans to leave the financial ruin for his Democratic successor to clean up. Mitch Daniels of Indiana is another Bushophile who has slammed Obama’s economic Recovery Act and used the money to help his state. Daniels hypocrisy is probably his most admirable trait. Christie, Daniels and Lowry have a lot in common. Facts, morality, responsibility, respect for reason and moderation – all adult qualities – are things they all hold in contempt. If Lowry is to be trusted for his economic acumen he has a lot of explaining to do, The Wonder of Voodoo Economics
Bush 43 gets it. June 20, 2006

Who says you can’t cut taxes, increase spending, and reduce the federal budget deficit all at the same time? That’s what the Bush administration has managed to do. Two decades after then-presidential candidate George H.W. Bush characterized Ronald Reagan’s idea that tax cuts would spur revenue-generating economic growth as “voodoo economics,” the witch doctor is again at work.

[   ]…There are limits to voodoo. Today’s fiscal improvements will be overwhelmed by the exploding costs of entitlements just over the horizon. In light of that, we should be maintaining a high-growth, low-tax economy to reap all the benefits of growth, but dutifully restraining entitlements. That’s not sorcery, but just good sense.

Lowry does have a good excuse for his mind numbing moronicity when it comes to economics and the Bush/Conservative record, he gets all his numbers from the Heritage Foundation. Which is like getting investment advice from Bernie Madoff. 10 Republican Lies About the Bush Tax Cuts

Here, then, are 10 Republican Lies about the Bush tax cuts:

Bush’s tax cuts did not increase revenue, but they did contribute to the deficit. Republicans and Bush simply ignored the cost of Iraq, Afghanistan, Medicare part D and America’s crumpling infrastructure. 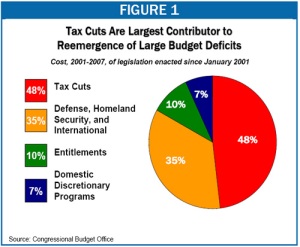 As the Bush/Republican agenda progressed over the course of eight years they lost more and more jobs even as corporate profits went up. 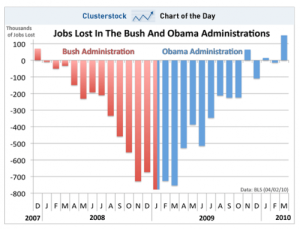 Loony Nevada senatorial candidate Sharron Angle has found her ideological twin loon in Colorado – Tea Party candidate Ken Buck on abortion: ‘I don’t believe in the exceptions of rape or incest.’ So Ken and Sharron would have the blunt force of the federal government further victimize victims. That’s called morality in conservative LaLa land.

So it wasn’t surprising when Shales wrote a new column Monday panning the debut of Amanpour, the “globe-trotting Fancy-Pants.” But critics have questioned what Shales’ was talking about with the following passage from his column accusing Amanpour of sympathy for the Taliban:

Perhaps in keeping with the newly globalized program, the commendable “In Memoriam” segment ended with a tribute not to American men and women who died in combat during the preceding week but rather, said Amanpour in her narration, in remembrance of “all of those who died in war” in that period. Did she mean to suggest that our mourning extend to members of the Taliban?

“Christiane took the language from a prayer that she says in her Catholic church every weekend. It’s a bidding prayer,” Schneider said.

The names of American troops ran across the screen during the Amanpour segment in question. Tom does realize that children and other innocents also die during a war. has it become patriotic to turn our backs on their memories. Shales full column isn’t just some gender bias, it full boar misogyny. The whole episode is even more ironic in light of WaPo’s recent request for the resignation of Dave Weigel who dared tell some unvarnished truths about conservatives. Engage in an unhinged, completely factless misogynistic attack on Amanpour and WaPo’s wobbly ethics suddenly become even more glaring.