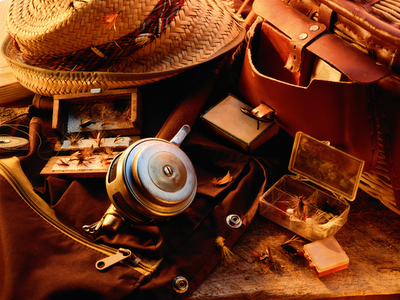 Yesterday, the Department of Health and Human Services announced that 45 states and the District of Columbia “will receive $1 million in grant funds to help improve the review of proposed health insurance premium increases, take action against insurers seeking unreasonable rate hikes, and ensure consumers receive value for their premium dollars.” The $46 million are part of the $250 million in rate review grant dollars authorized by the new health care law. Indeed, interest is so high that states that oppose the health law applied for grants. As the Wonk Room points out, 19 of the 22 states that are suing the federal government over the constitutionality of the health care law will receive $1 million each to improve their rate review capabilities

Courage of their convictions anyone? Money of any kind from any source is to conservatives what heroin is to an addict. Just this pass February Democrats tallied up the number of Republicans who either voted against the stimulus(Recovery Act) and/or bragged to their constituents about the funds they can snapped up for their state – How Will Republican Recovery Act Hypocrites Mark Tomorrow’s Anniversary?

The Wall Street Journal and The Washington Times have both pointed out in the last week that the very same Republicans who indignantly raised their fist in opposition to the Recovery Act have, with the other hand, brazenly accepted funding for projects in their home states and districts. Many have even gone so far as to attend ribbon cutting ceremonies for the same Recovery Act projects that they routinely dismissed as wasteful. We’ve identified 120 of them – and counting. These people have in one breath decried the Recovery Act as ineffective and in the next breath championed the funding as essential to job creation. Incredible.

The truth is the Recovery Act is doing exactly what it was intended to do. The nonpartisan Congressional Budget Office found that the Recovery Act has – in this first year alone – resulted in up to 2.4 million jobs and prevented us from falling into the worst economic crisis since the Great Depression..

This week in baseless Reagan hagiography – Why is it so hard for pundits to admit that Reagan was just as unpopular in 1982 as Obama is in 2010?

I swear, I want to stop writing about the nearly-identical political trajectories (at least so far) of the Reagan and Obama presidencies. But too many pundits just can’t seem to get it through their heads that Reagan, as president, was not some magical political super-being who was immune to sagging public confidence, poor midterm election prospects, and intraparty dissent and second-guessing that Obama is now faced with. And this week brought us two more egregious offenders.

[  ]…Let’s leave aside Ajami’s ridiculous contentions about the Reagan crew’s respect for the public treasury (ahem); others have provided the context he ignores. The main problem with Ajami’s narrative is that there’s just no evidence that the unbreakable bond between the president and his people that he celebrates ever really existed — or that Reagan’s poll numbers at any point in his presidency were really that remarkable.

Where, for instance, was the “deep and true” bond in the 1982 midterms, when double-digit unemployment prompted voters to toss 26 of Reagan’s Republican allies out of Congress and to hand seven new governorships to Democrats and 11 state legislative chambers to the Democrats? Or where was it in 1986, when a pre-Iran-Contra Reagan pleaded with Americans — the Americans with whom he supposedly shared a mutually affectionate relationship — to preserve his party’s control of the Senate, only to watch as voters handed Democrats an eight-seat gain and their first Senate majority since 1980. 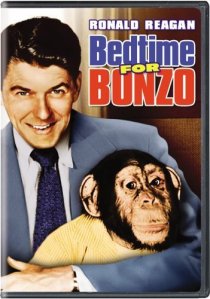 Steve Kornacki also notes the S&L meltdown in which Reagan did something far closer to actual socialism than anything Obama has done – Reagan seized the S&L and forced them to reorganize. This week a lot of the right-wing conservative blogs were having yet another inappropriate keyboard spasm over finding an old Reagan video on YouTube in which he asked Americans if they were better off four years ago. Only 24% of the country actually said they were better off under Saint Ronnie’s policies. I’m not sure I agree with the tidy analogies Steve makes, but one historical trend is certain. Every Republican presidency from Nixon through Bush 43 was more corrupt than the last. Reagan had the Wedtech scandal, the HUD scandal, Iran-Contra and enough other shenanigans to get 138 Reagan administration officials indicted. Bush 43 was more corrupt but was better at hiding the evidence by either refusing to honor Congressional subpoenas or claiming national security as a cover.

What would a president have to do. What egregious offense would committed by a sitting president would deserve the firm belief, that yes indeed this is the act, word, policy or incident – is the last straw? To Roger Simon at Politico ( Politico is the new code word for 90% pure hackery) that unforgivable act is defending the 1st amendment – Obama, the one-term president, By: Roger Simon, August 17, 2010 04:29 AM EDT

So on Friday night, he said: “As a citizen, and as president, I believe that Muslims have the same right to practice their religion as everyone else in this country. That includes the right to build a place of worship and a community center on private property in lower Manhattan in accordance with local laws and ordinances.”

See what I mean about not getting it?

John Feehery, a Republican consultant, told Sheryl Gay Stolberg of The New York Times, “This is not a unifying decision on his part; he chose a side. I understand why he did this, but politically I think it’s a blunder.”

You could not put the conventional wisdom more clearly: It is far better for a president to do nothing than to choose a side. Even if the side he chooses is the right one from an ethical or moral perspective, it is a “blunder” politically because inevitably it will upset some people.

All it takes for a Democratic president to be doomed to one term is defend every American’s right to freedom of worship. I’m assuming Simon reread what he wrote and thought – gee that keep quiet rather than defend the Constitution stuff sounds darn clever. Furthermore defending said founding document is a “blunder”.  I don’t know whether it is fair or even more damning to put Simon’s point in context – this blunder means President Obama is off message. It is not like anyone pays attention to what Simon has to say, but he does provide the opportunity to compare the kind of policies and behavior conservatives find acceptable. Things right-wing conservatives can do and which conservatives like Simon did not launch into some hyperbolic fit in response. From George W. Bush’s first two years in office:

* SEPTEMBER 2001 – WHITE HOUSE CREATES OFFICE TO CIRCUMVENT INTEL AGENCIES: The Pentagon creates the Office of Special Plans “in order to find evidence of what Wolfowitz and his boss, Defense Secretary Donald Rumsfeld, believed to be true-that Saddam Hussein had close ties to Al Qaeda, and that Iraq had an enormous arsenal of chemical, biological, and possibly even nuclear weapons that threatened the region and, potentially, the United States??The rising influence of the Office of Special Plans was accompanied by a decline in the influence of the C.I.A. and the D.I.A. bringing about a crucial change of direction in the American intelligence community.” The office, hand-picked by the Administration, specifically “cherry-picked intelligence that supported its pre-existing position and ignoring all the rest” while officials deliberately “bypassed the government’s customary procedures for vetting intelligence.” [Sources: New Yorker, 5/12/03; Atlantic Monthly, 1/04; New Yorker, 10/20/03]

Bush 43 cut $35 million in funding for doctors to get advanced pediatric training. 2001

Bush 43 Cut funding for research into cleaner, more efficient cars and trucks by 28%. 2001

LINDSEY FIRED FOR TELLING THE TRUTH ABOUT COSTS
“Top White House adviser Larry Lindsey [was fired] when he told a newspaper that an Iraq war could cost $200 billion.” – Christian Science Monitor, 12/17/02. The invasion of Iraq will ultimately cost about $3 trillion dollars. The Whitehouse had issued an estimate of $90 billion.

In August 2001 Bush receives a memo which warns Al Qaeda may launch an attach using commercial air planes. Bush ignores the warning. No notice to air lines. No reinforced cabin doors. No extra sky marshals. But Bush did not blunder and defend the 1st Amendment.

* FEBRUARY 6, 2002 – CIA SAYS IRAQ HAS NOT PROVIDED WMD TO TERRORISTS: “The Central Intelligence Agency has no evidence that Iraq has engaged in terrorist operations against the United States in nearly a decade, and the agency is also convinced that President Saddam Hussein has not provided chemical or biological weapons to Al Qaeda or related terrorist groups, according to several American intelligence officials.” [Source: NY Times, 2/6/02] Bush and Republicans parlayed these myths include a campaign of fear. A campaign Republicans are still waging.

Bush 43 closed the White House Office for Women’s Health Initiatives and Outreach. Part of Bush’s war on women and children.

ZINNI FIRED FOR TELLING THE TRUTH ABOUT FOREIGN POLICY
“General Anthony Zinni, a retired Marine general who was Bush’s Middle East mediator, angered the White House when he told a foreign policy forum in October that Bush had far more pressing foreign policy priorities than Iraq and suggested there could be a prolonged, difficult aftermath to a war. He was not reappointed as Mideast envoy.” – Associated Press, 7/27/03

GENERAL DISPARAGED FOR TELLING TRUTH ABOUT TROOP LEVEL NEEDS
Despite the fact that it appears he was probably accurate, “Defense Secretary Rumsfeld and Deputy Defense Secretary Paul Wolfowitz criticized the Army’s chief of staff, Gen. Eric Shinseki, after Shinseki told Congress in February that the occupation could require ‘several hundred thousand troops.’ Wolfowitz called Shinseki’s estimate ‘wildly off the mark.’” – USA Today, 6/3/03. Today we still here about the myth of the great surge – the troops Bush did not send in the first place – a factor responsible for the deaths of many U.S. troops. A surge that did not work so much as coincide with the peak of ethics cleansing – or low level genocide of Iraqi Sunnis.

Some other, blunders if you will during Bush’s first term – the Bush Department of Justice bungled it’s first terrorist prosecution,  Halliburton’s connections to the White House, no bid contracts and subsequent fraud perpetuated on tax payers. $700 million Congress authorized for the war front in Afghanistan ends up going to Iraq preparations. Medicare actuary Richard Foster is threatened with being fired after he finds Bush’s infamous Medicare part D reform will cost far more than the White House and Congressional Republicans said it would.

A Republican president can be a serial liar, manipulate national security intelligence, use out troops as cannon fodder, fire and smear anyone that speaks the truth and not be condemned as a one term president. If only more people read Roger Simon. As a veteran conservative spinmeister he has reminded America how deranged and corrupt conservative values are.