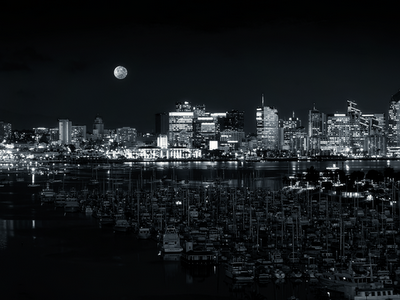 Conservatives have a grand old idea. Let’s return the country to the good old days of the Bush era: Let’s make sure even more people are uninsured. Let’s make sure Wall St continues to gamble recklessly with the capital made possible by the working class Americans. Let’s deregulate even more so more miners and oil rig workers can have their lives further endangered. Let’s reward wealth and thumb our noses at work. Let’s be the dog eat dog society we could be. Lets celebrate greed. Let’s celebrate ignorance over rationalism and science. Let’s make sure the income gap between elite business executives continues to widen at the expense of the middle-class. GOP’s Newly Unveiled ‘Pledge to America’ Is a Destructive Sham

Ezra Klein’s take was entirely in line with my own.

[Y]ou’re left with a set of hard promises that will increase the deficit by trillions of dollars, take health-care insurance away from tens of millions of people, create a level of policy uncertainty businesses have never previously known, and suck demand out of an economy that’s already got too little of it.

You’re also left with a difficult question: What, exactly, does the Republican Party believe? The document speaks constantly and eloquently of the dangers of debt — but offers a raft of proposals that would sharply increase it. It says, in one paragraph, that the Republican Party will commit itself to “greater liberty” and then, in the next, that it will protect “traditional marriage.” It says that “small business must have certainty that the rules won’t change every few months” and then promises to change all the rules that the Obama administration has passed in recent months. It is a document with a clear theory of what has gone wrong — debt, policy uncertainty, and too much government — and a solid promise to make most of it worse.

If Republicans set out to prove that they’re wholly unprepared and incapable of governing effectively, they’ve succeeded beautifully. That may have been obvious when there was an actual GOP majority and they failed on a spectacular, generational scale, but any hopes that the party has since learned valuable lessons quickly fade with the release of the “Pledge to America.”

Republicans will have a new idea one day. It will be a generation from now when they celebrate the achievements of the last generation of liberal achievements. That is just the way the cycle runs – from Medicare to veterans benefits to laws that protect consumers and investors. The tea nuts like Alaska’s Joe Miller are a little different. They’d like to repeal just about every bit of progress American society has made since the Emancipation proclamation of the 1860s. Miller does think it’s fine to accept farm subsidies. Pointing out the hypocrisies of Republicans like Miller is not just predictable, it is part of what they are, like their skin. GOP ‘Pledge To America’ Director Lobbied For AIG, Exxon, Pfizer, Chamber

Will House Republicans fulfill “pledge” and vote for the small business bill?

The House GOP has released this year’s gimmick, the “Pledge to America,” which has obtained a copy of. Included in the pledge is this:

We will end the attack on free enterprise by repealing job-killing policies and taking steps to assure current business and future entrepreneurs that the government will not stifle their ability to compete in the global marketplace.

Yet only three Republicans against tax breaks and other incentives for small business . The Bush years saw the most anemic job growth of any modern president. Bill Clinton created more jobs than the Bush 41 and Bush 43 administrations combined.

How will Carly Fiorina  vote if elected to the Senate from California? Easy. She’ll call the Koch brothers and they’ll tell her – Carly Fiorina Owned and Operated by the Looney Billionaire Koch Brothers

So who are these people and what do they want from us? A series of polls, as well as be-ins like Glenn Beck’s Washington rally last month, have given us a picture of a movement predominated by middle-class, middle-aged white men angry about the expansion of government and hostile to societal change. But that profile could accurately describe the past several right-wing insurgencies, from the California tax revolt of the late 1970s to the Contract with America of 1994—not to mention the very Republican establishment that the Tea Party positions itself against. What’s new and most distinctive about the Tea Party is its streak of anarchism—its antagonism toward any authority, its belligerent style of self-expression, and its lack of any coherent program or alternative to the policies it condemns.

…Other than nostalgia, the strongest emotion at Tea Parties is resentment, defined as placing blame for one’s woes on those either above or below you in the social hierarchy. This finds expression in hostility toward a variety of elites: the “liberal” media, “career” politicians, “so-called” experts, and sometimes even the hoariest of populist targets, Wall Street bankers. These groups stand accused of promoting the interests of the poor, minorities and immigrants—or in the case of the financiers, the very rich—against those of hard-working, middle-class taxpayers.

Yet reading the GOP’s new agenda it is clear conservatives support what is best for Wall St over what is best for investors and consumers in the long run. One of their top priorities is the repeal of the modest financial reform bill passed earlier this year. Alaska’s Miller and tea nut queen Michelle Bachmann both receive government subsidies. Weisberg is right about there being a degree of anarchism, but he left out the schizophrenia of the tea smokers. Big government is fine is long as they are receiving the benefits, but bad when the non-members of the kool-aid club are getting them.