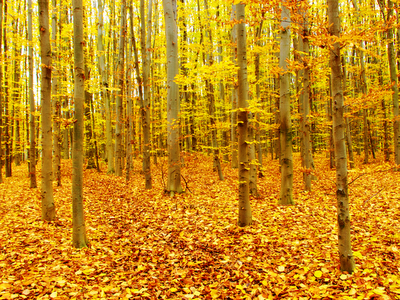 To sum up a few weeks before the mid-term elections. Republicans are upset about rising taxes on millionaires to about the same rate they were under Saint Ronnie and they’re not going to take it anymore. This election is a referendum on being mean to rich people. All the while complaining about the deficits which are a direct result of eight years of Republican budgets. Concurrently a few of the tea bagger backed candidates – millionaires – have proposed cutting the minimum wages, cutting Social security benefits, cutting Medicare benefits and rising the age of eligibility for Social Security and Medicare. Many of these same conservative candidates have collected government subsidies for their businesses and or government health care or unemployment benefits. This election cycle has also shown us the bizarre remnants of the culture wars. Several conservative candidates want the government to referee the sex lives of Americans. While others think the iron fist of government authority should be used to force rape victims to carry the fetus produced by those rapes even in cases of incest. One candidate from Alaska thinks the office he is running for is unconstitutional because he doesn’t like the Amendment made to the Constitution a hundred years ago. Tea baggers on Medicare attend anti-health care reform rallies yelling keep the government’s hands off my Medicare. Liberal and moderate bloggers, pundits and newspaper columnists write regularly about the facts conservatives cannot seem to get straight. They post statistics and charts showing very clearly conservatives are running on urban myths. When they’re not running on myths they’re running on xenophobia, homophobia and recycled failed policies. All elections have an emotional component, but this one may have reached epic proportions. It may go down in history as the most hysterical elections in U.S. history. One in which some of the shadiest most corrupt people in America bought their way into public office. All this to govern. To run the very institutions which conservatives say has no solutions. Which after years of feeding at the government trough they claim they to have nothing but contempt.

If president Obama, House Speaker Pelosi and Senate leader Harry Reid are socialists they have to be the worse ever at advancing their agenda – Wall Street to Spend $144 Billion in Pay and Bonuses — Record High

However, while excessive compensation underpinned the “irrational risk” taken by financial employees to “focus on short-term results at the cost of long-term success,” it appears that nothing has changed. According to a new Wall Street Journal survey, Wall Street firms are continuing their rapid return to pre-crisis revenue levels. In celebrating their taxpayer-assisted comeback, firms are on pace to spend $144 billion in compensation this year, setting a new record high in pay for the second consecutive year:

About three dozen of the top publicly held securities and investment-services firms—which include banks, investment banks, hedge funds, money-management firms and securities exchanges—are set to pay $144 billion in compensation and benefits this year, a 4% increase from the $139 billion paid out in 2009, according to the survey. Compensation was expected to rise at 26 of the 35 firms[…]

Overall, Wall Street is expected to pay 32.1% of its revenue to employees, the same as last year, but below the 36% in 2007. Profits, which were depressed by losses in the past two years, have bounced back from the 2008 crisis. But the estimated 2010 profit of $61.3 billion for the firms surveyed still falls about 20% short from the record $82 billion in 2006. Over that same period, compensation across the firms in the survey increased 23%.

It is important to note that the methodology of the survey was not published and this year’s compensation may not constitute a record if you aren’t comparing that sum to total Wall Street pay in 2007. However, the study does highlight that, while Wall Street profits are down 20 percent from pre-crisis levels, firms have actually increased pay by 23 percent.

Difficult to reconcile numbers like these with the Republican meme taxes are too high or taxes are discouraging investment or if taxes for millionaires go up business will not be motivated to hire new employees. Or that regulation and high taxes are choking profits.

It has been said one person one vote is the cornerstone of our democracy. If those votes come via a constant barrage of propaganda by groups who spent extraordinary sums and for which there is no transparency about where the money comes from, that cornerstone of democracy becomes corrupted. A joke in which votes are purchased by consumer loyalty to a brand of hair shampoo. Campaign finance reform: R.I.P?

For four decades, advocates for stricter campaign finance rules have been on a long, slow march to make big money in politics less important and more transparent.

Now, in 2010, they are seeing the results: Never in modern political history has there been so much secret money gushing into an American election.

By Election Day, independent groups will have aired more than $200 million worth of campaign ads using cash that can’t be traced back to its original source, predicts Fred Wertheimer, president of the non-profit group Democracy 21.

“And this is just the beginning,” Wertheimer said. “Unless we get some changes here to mitigate this problem, I would expect we will see $500 million or more in 2012.”

New FEC filings show that American Crossroads, the Karl Rove-backed group that is pouring money into attack ads targeting Democrats around the country, continues to be funded virtually entirely by billionaires.

We’ve previously reported that the group is getting a staggering amount of support from billionaires, several of whom made their fortune in the energy industry and live in Texas. Last month Trevor Rees-Jones, president of Dallas-based Chief Oil and Gas, contributed another $1 million to American Crossroads, on top of the $1 million he gave earlier this year. Fellow billionaire Robert Rowling, CEO of the company TRT Holdings, also gave Crossroads his second $1 million donation in August.

The only new name on the list is American Financial Group, a Cincinnati-based firm owned by nonagenerian Carl Linder. Forbes put Linder’s net worth at $1.7 billion this year, a fortune built up through the growth of United Dairy Farmers. He previously owned Chiquita and currently owns a stake in the Cincinnati Reds. American Financial Group gave American Crossroads $400,000 last month.

The pundits and bloggers that are saying it is a mistake for President Obama to make the unprecedented modern era( as opposed to the days of the Tea Pot Dome scandal of the 1920s) either are not capable of cogent political analysis or have not studied the issue and it’s impact on this and future elections. Democracy has always been undercut by special interests going back to Silas Deane scandal of the late 1700s to Tea Pot Dome to Nixons Watergate and Reagan’s HUD scandal. We have moved to the edge of outright purchase of public office. Incredulously many of these same liberal pundits and bloggers are the same ones who thought Obama did not fight hard enough for the progressive agenda. H/T to Rachel Maddow’s blog for the billionaires link.

For a darkly funny and tragic reminder of how conservatives govern when they’re in power – Neocon Like Me: How I Spent A Year In Iraq Teaching With The Bush-Cheney Crazies