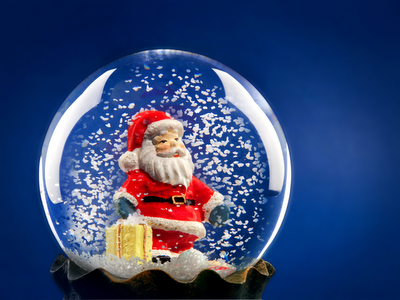 During the run up to the mid-term elections Sharron Angle, Ron Johnson(R-WI), Christine O’Donnell(R-DE) and Joe Miller of Alaska among other tea nut favorites could not spell out any particular plan to balance the budget or create jobs. It was trust me and I’ll think of something while I’m measuring the drapes for my new Washington apartment. While not all of the No Plan party made it to D.C. the result is about the same, Tea Party Favorites Rand Paul & Jim DeMint Struggle To Name Specific Budget Cuts (VIDEO)

On ABC’s “This Week,” Christiane Amanpour repeatedly pressed Paul to move beyond “slogans and platitudes” to “direct information” on how the Republican Party will balance the budget and cut the deficit.

Paul immediately reiterated that he was going to push for a balanced budget amendment and said that cuts needed to come from across the board — including defense spending. Whenever Amanpour asked whether a specific program — such as Medicare, Social Security and health care — would be cut, Paul simply kept reiterating that he was going to be looking “across the board.” He was unable, however, to actually name anything significant that would be on the chopping block

[  ]…DeMint had a similar experience on NBC’s “Meet the Press.” When asked by host David Gregory where the American people should be prepared to sacrifice in order to cut the deficit, DeMint said, “I don’t think the American people are going to have to sacrifice as much as the government bureaucrats who get paid about twice what the American worker does. First of all, we just need to return to pre-Obama levels of spending in 2008. We need to cut earmarks so people can stop taking home the bacon, we need to defund Obamacare and then we need to look at the entitlement programs, such as the way Paul Ryan has done in the House with his Road to America’s Future.”

When Gregory pointed out that going back to 2008 spending levels won’t get anywhere close to balancing the budget, he asked whether everything would be on the table. DeMint said he opposed cutting Social Security.

The tea nuts have all but admitted by their incessant displays of ignorance they were in a cave on some distant mountain 2000 to 2008. DeMint was in Washington in 2008 when the deficit ballooned to $407 billion. An increase of 153% from the previous year. This was due to some basic math. We were spending at levels largely determined by the first four years of the Bush presidency – an expansion of government, one bungled war, one disastrous war – all coupled with the Bush tax cuts. This is the change we can believe in. Monsieur Drooling DeMint with the short term memory and ethics of a dung beetle. Rand Paul has been repeating that same sound bite for a year. It’s like a show tune that he has on repeat inside his its all about me head. Earmarks always make for a nice sound bite. Everyone knows all earmarks are evil. Well they’re only evil when the funds are going to a Democratic district. Earmarks are the proper property of the elite thus should only go to Republican districts where they don’t believe in no stink’n big govmint ? Earmarks for me but not for thy. If tea bagging voters were hoping for some kind of hope and change in the earmark department, think again – McConnell tepid on ending ‘earmarks’

Republican Senate leader Mitch McConnell said that banning lawmaker-directed spending projects known as “earmarks” from congressional legislation is more complicated than it appears but that he is willing to consider such a move.

McConnell said ending the common practice of slipping funding requests for home-state projects into legislation won’t cut spending but will only limit the discretion of where to spend the vast federal budget.

Republican Sen. Jim DeMint of South Carolina has said he wants to ban all lawmakers’ requests for specific spending. President Obama has backed that idea.

McConnell said Republicans are ready to cut federal spending but banning earmarks is not a realistic way to do that. McConnell spoke Sunday on CBS’ Face the Nation.

Total annual earmarks are about 1 to 2 percent of the total budget. One could make the case they are a place to start, but there will be no balanced budgets via earmark bans.

Two related items. The thesis that House Republicans are there to stay and state budget cuts. Jonathan Chait on why Republicans are likely to keep the House of Representatives even if they lose a few seats in 2012, The House Is Republican And It Ain’t Going Back

3. Timing. The best way to have a wave election is to have the other party control the presidency during a bad economy or some kind of major scandal. Democratic waves in 2006 or 2008 owed a great deal to the non-existent income growth during the Bush years. The GOP wave owed a great deal to the economic crisis. But in 2012, Democrats will still have the White House, so they won’t benefit from an anti-incumbent wave. (They may pick up some seats due to sporadic voters re-engaging.) The best hope of a big wave would come from a deep and extended economic crisis that gives Republicans control of government in 2012, continues through 2014 and paves the way for a midterm backlash. But that’s not exactly a positive scenario.

The other two major reasons he sites are redistricting ( Republicans won over a few state legislatures and governorships) and natural geography. He might be right. It is another Republican habit to call things by different names depending on who is doing it. ObamaCare was very similar to a plan made up by the right-wing Heritage Foundation. When it became a large part of health-care reform it was suddenly a hallmark of evil Marxism. When Democrats redraw districts it is called gerrymandering by conservatives. When conservatives gerrymander it is just redistricting according to demographic trends. With these things in mind Chait could be right. On the other hand if there is one thing America can rely on is right-wing conservatives over playing their hand. The arrogance and hubris of the Bush years were historic and played a part in Republicans losing two election cycles. That hubris has already started at the state level, Now in Power, G.O.P. Vows Cuts in State Budgets

Republicans who have taken over state capitols across the country are promising to respond to crippling budget deficits with an array of cuts, among them proposals to reduce public workers’ benefits in Wisconsin, scale back social services in Maine and sell off state liquor stores in Pennsylvania, endangering the jobs of thousands of state workers.

States face huge deficits, even after several grueling years of them, and just as billions of dollars in stimulus money from Washington is drying up.

With some of these new Republican state leaders having taken the possibility of tax increases off the table in their campaigns, deep cuts in state spending will be needed. These leaders, committed to smaller government, say that is the idea.

Every job Republicans cut and every project (Like N.J. Governor Chrisitie’s(R) cancellation of the Hudson River tunnel which will lose 3,000 construction jobs) canceled means more people out of work. Which means less consumer spending and a smaller tax base. They’ll blame the job loses on high taxes (even though many corporations and individuals pay zero federal taxes). Or they will blame regulations – Will GOP gains halt a regulatory renaissance?

The likeliest part of health reform that Republicans will want to cut, unfortunately, is its massive expansion of Medicaid coverage, on which the federal government will spend $434 billion over ten years, according to the CBO. The GOP will argue that expanding this state-federal program, which provides health coverage to the poor, is an “unfunded mandate” that the states can’t afford. Democrats will answer that the feds are paying for 96 percent of this expansion over the next ten years (as well they should); the states just need to cough up 4 percent, or about $20 billion over ten years. (According to the Center on Budget and Policy Priorities, a liberal nonprofit widely respected for the rigor of its numbers-crunching, between 2014 and 2019 the additional cost to the states will be just 1.25 percent more than they were going to spend on Medicaid without the expansion.) Republicans will answer: We’re glad you brought that 96 percent up, because the federal government can’t afford to spend $434 billion on Medicaid expansion! Then the Democrats will answer: It’s wrong to squeeze budget savings from society’s most vulnerable population. Republicans will answer: We’re not cutting spending here, just cancelling some of the program’s expansion. Then the Democrats will answer: Bottom line is you’re taking health coverage away from poor people who would otherwise get it.

This is one factor which Chait left out which is an economic and demographic factor in Democrats favor. Republicans will insist on cutting the very thin safety net for America’s poorest, oldest, disabled and most vulnerable ( children of poor parents for instance. These people vote. Republicans are going to have to find them a job in a jobless recovery which Republicans will probably worsen with their threats of government shut-downs. The vast majority of Americans want a job and the dignity and self-respect that comes with honest work. If Republicans are going to continue to give Wall Street a tongue bath at the expense of lower to middle-class Americans they can kiss their new improved plans for another fifty year reign of power goodbye. Right-wing conservative pundits and bloggers, along with some of the new crop of crazy, just love that scorched earth take no prisoners public policy talk. The problem with that is it catches up to average income earners in the long run and even the culture warriors on the right have to pay the rent.