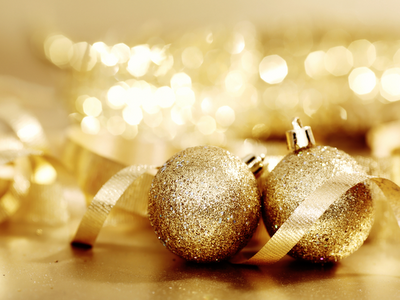 We’ll be digesting this bitter pill for a while even if it was the best that could be done as Republicans see the glory days of America as Pottersville ahead- Congress Sends $801 Billion Tax Cut Bill to Obama. The conservative hypocrisy was palpable –

“We are crawling out of the worst economic downturn in generations,” said Representative Eric Cantor, Republican of Virginia, who will be the majority leader next year. “The choice is to act now or impose a $3.8 trillion tax increase.”

[   ]…Even some fierce conservatives said they were putting aside reservations about the overall cost to back the plan. “I am going to fight to put this nation back on the road to fiscal sanity,” said Representative Jeb Hensarling, Republican of Texas, announcing that he would vote aye.

Cantor (R-VA) and Hensarling (R-TX) were in Congress during the Bush era. They helped create the largest debt in the nation’s history. During that time they and their conservative brethren wrote checks on an empty bank account. Having run up the largest debt in our history – with interest – they felt no moral obligations to make amends for their contempt for their country and future generations of Americans. They were and continue to be part of the conservative zealots against sensible regulation or enforcement of the regulations we do have. Having stolen billions and wrecked the economy they left the bills, the loss of three trillion dollars of the nation’s wealth and the general disaster for Democrats to clean up. They are livid to find out that it costs less to ravish an economy than it does to fix one. Conservatives like Cantor and Hensarling are like muggers who tore their shirt during a mugging and are angry the victim will not pay for the damages fast enough and with someone else’s money. There are several things about the Obama’s tax cuts ( his second round of tax cuts)  that may come back to haunt us – though they bode well for his reelection ( one of the reasons I chalk the bill up as ultimately a big win for Democrats). The most pressing of the possible negatives is the payroll tax holiday – Extend Social Security payroll tax holiday? No thanks.

It’s important to remember that according to ABC’s polling, the Social Security payroll tax holiday is an unpopular idea: just 39% support the idea and 57% oppose it. Why would a wide majority of Americans oppose a tax cut? Simple: because they understand the value they get from paying the Social Security payroll tax, and they know that in the long run, you can’t get something for nothing.

Assuming this tax cut deal passes, there’s going to be a loud chorus of demands, mostly from politicians, that the Social Security payroll tax holiday should be extended. When that happens, progressives are going to need to stand strong and say “no” and we’re going to have to do it knowing that we’re on the right and popular side.

Political wonks who are really into how issues are framed should find the sudden conservative messaging meant to demonize the word earmarks interesting. Earmarks are in fact not a clear-cut evil versus good issue. Some earmarks are pork and some are not. At their best earmarks are for local spending that are not of  or at least do not seem to be of national concern. Sens. John Cornyn (R-TX) and John Thune (R-SD) denounced earmarks that were in the omnibus spending bill that went down in flames even though they had millions of dollars worth of earmarks in that bill. Senate Minority Leader Mitch McConnell (R-KY) similarly denounced earmarks even though he too had millions worth of earmarks for Kentucky. McConnell asked for $4 million for marijuana eradication efforts by the Kentucky National Guard. In that case hiring teachers and construction crews for infrastructure projects would seem a better use of the $4 million. On the other hand McConell had earmarked $1 for construction of the Kentucky Blood Center Building – which sounds like a very worthwhile use of the money. The construction would create jobs and leave a lasting public resource for the people of the state. Pretend Democrat Byron York – a Republican too lazy to change his registration status – writes Dems are earmark junkies but GOP goes straight. It is true Democrats asked for more earmarks than Republicans ( though York gets the Republican numbers wrong – he say they asked for a billion and they had $2 billion in the bill. Whats a billion between friends I guess. Republican earmarks accounted for 25% of the total. The total amount of earmarks – which York leaves out completely was about .75 percent of the total budget). What were some of those awful earmarks Democrats asked for – Proud to Show the Mess They Made – Is there anything so very wicked… as EARMARKS?

Sure some folks in Washington State may think bovine tuberculosis treatment in Michigan and Minnesota might be pork and some folks in Florida may think a little grape virus in California’s multi-billion dollar grape industry is no big thing. Such is the bias of regional priorities. On the other hand these seem like reasonable expenditures rather than the pure evil York and other conservatives would have us believe in their mindless demonization campaign.

PolitiFact’s Lie of the Year: ‘A government takeover of health care’

“Government takeover” conjures a European approach where the government owns the hospitals and the doctors are public employees. But the law Congress passed, parts of which have already gone into effect, relies largely on the free market:

• Employers will continue to provide health insurance to the majority of Americans through private insurance companies.

• Contrary to the claim, more people will get private health coverage. The law sets up “exchanges” where private insurers will compete to provide coverage to people who don’t have it.

• The government will not seize control of hospitals or nationalize doctors.

• The law does not include the public option, a government-run insurance plan that would have competed with private insurers.

• The law gives tax credits to people who have difficulty affording insurance, so they can buy their coverage from private providers on the exchange. But here too, the approach relies on a free market with regulations, not socialized medicine.

PolitiFact reporters have studied the 906-page bill and interviewed independent health care experts. We have concluded it is inaccurate to call the plan a government takeover because it relies largely on the existing system of health coverage provided by employers.

It’s true that the law does significantly increase government regulation of health insurers. But it is, at its heart, a system that relies on private companies and the free market.

The far right-wing conservative site Newsbusters – which is supposedly the conservative answer to Media Matters – cant’ argue with the facts so they wonder about Politifacts priorities in what constitutes a major lie and leaves it for some open thread responses. But not before recycling one another big lie,

This is actually the second year in a row that Politifact, which is owned by the St. Petersburg Times, has dubbed an ObamaCare-related claim its Lie of the Year. In 2009, the honor went to Sarah Palin’s “death panels” claim, even though that claim was not really a lie. And in fact, the specter of death panels resurfaced a day before Politifact gave its 2010 LOTY award.

Palin’s government “death panels” claim was and is a lie. We do have some something akin to death panels, but they are run by private insurance companies. If Paul Ryan’s(R-WI) budget proposals – known as the Road Map – are legislated as currently written it will mean a death sentence for seniors who use up their cute little conservative vouchers. Once again moderate civil Americans can talk til the cows jump over the moon about civil honest debates, but we’ll never have them. Conservatives serve up falsehoods, distortions and half-truths as though they were in a competition for the arrogant mendacity championship. They get caught and double down. It may be part of the attraction of conservatism. The lazy and lizard brained are only required to sit back and swallow the tons of crap movement conservatism shovels out.