Black and White City on the Bay wallpaper

“I’m opposed to giving people money for doing nothing,” Gingrich insisted during a recent speech to GOP activists in South Carolina.

“Let us review for just a second how Newt Gingrich makes his money,” Maddow began. “For starters, he hands out fake awards in exchange for cash.”

In exchange for a $5,000 donation, Gingrich offered The Lodge, a strip club, a certificate, a novelty gavel and a dinner with him.

“When Mr. Gingrich realized he was giving one of his fake awards — for a $5,000 donation — to a strip club he decided to rescind the award and the dinner invitation,” Maddow noted.

In mid-December, Gingrich sent another letter to The Lodge and asked them for a $2,000 donation to his American Solutions organization.

“This is how Newt Gingrich makes his money but he doesn’t think that you earned yours,” Maddow observed.

The Right would describe Gingrich as an expert of sorts. Thus he makes a substantial part of his living being said expert. That expertise includes offering opinions on the usual subject – fear. Fear of non-whites, bed wetting fear of Islam, fear of organized labor, fear of women having dominion over their own bodies. Not because he necessarily believes what he says but because it motivates his base and brings in the cash. Even under this very generous umbrella of what constitutes being a pundit for a living, sending out you may have won a prize newsletters to businesses of whose operations he has no real knowledge is over the line.

The new rule will be a new paragraph of clause 7 of rule XII:

“(c) A bill or joint resolution may not be introduced unless the sponsor has submitted for printing in the Congressional Record a statement citing as specifically as practicable the power or powers granted to Congress in the Constitution to enact the bill or joint resolution. The statement shall appear in a portion of the Record designated for that purpose and be made publicly available in electronic form by the Clerk.”

It is difficult to say this without some snark being read into it by the reader, but the first question I asked myself on reading this is, does this mean that every conservative in every Congress in the last sixty years has been writing and voting in the affirmative for legislation whose Constitutionality was questionable.  A conservative commenter at this post – Of Course, Sometimes Congress Deserves It – writes that the NCARL is largely a symbolic gesture. An attempt by conservatives to remind themselves and the public the importance of the Constitution. Politics is frequently reduced to symbolism without substance. In movement conservatism especially so. Conservatism – it says so in every polisci text-book and Wikipedia – is about small government. Even the commenter seems to really believe that is what conservatism means,

There is a spreading disquiet among the population and while some of that has to do with us abrogating our responsibility as citizens in a republic, much of it has to do with a statist government that has been relentless in coalescing and centralizing power in all spheres of American life.

First let’s get the statist silliness out-of-the-way. It is the way conservatives call moderates names while trying to appear civil and intellectual. Their definition of statism is like their belief they are the movement of small government. Only if by small government you mean trashing Medicare, Social Security and the thread bare social safety net for working Americans. In every other way conservatives have been the crack dealers of “coalescing and centralizing power in all spheres of American life”. Conservatives lied us into a war using our military for cannon fodder, they ran up the largest debt in U.S. history and like a bunch of shiftless drifters they left the damage for others to repair. Cons encouraged the housing bubble then stood by and did nothing as it burst and they let Wall St make insane bets with the nation’s wealth pushing the economy off the cliff( a shadow financial government). Conservatives increased the size of government and widens its authority over the everyday lives of Americans, in open defiance of the Constitution. When warned those policies would become enshrined as executive powers which Democrats would also use, conservatives were silent. If That conservative’s commenter’s cone of denial was not thick enough he goes on to parrot an odd talking point,

I find the liberal (or progressive movement, whatever you call yourselves these days) movement simply baffling as well. Consider that we have government growing exponentially (witness the FCC today and its grasp for influence over the internet) and politicians leading an elite class that revels in its power to tax, spend and regulate without accountability, and Jonathan casually dismisses the push to have our leaders explain how what they are doing abides by the limits our constitution has in place to protect us from political avarice.

Trolls like this think they’re clever. Unlike the mouth breathers at Freepers or those who troll the news reports who have a contest to see how many invectives they can fit into a few sentences, the high brow trolls feign civility. Liberalism is as old as the American founder of liberalism Thomas Jefferson. Progressives, whose goals frequently line up with liberals, have been around since the turn of the 20th C. Teddy Roosevelt was a progressive.

The FCC’s taking over the net. Obviously does not understand the issue. The FCC pushed back against net neutrality hand over more power to corporations like Comcast and AT&T, with the government acting as a conduit to those new powers. Liberals, and previously Obama had supported net neutrality, to keep the net open rather than information highways whose corridors were controlled by the corporate elite. Conservatives have claimed for some time now that the principle of net neutrally was a liberal plot – Right-wing media push baseless claim that net neutrality would allow government to censor content, squash dissent

Limbaugh: “[N]et neutrality is the Fairness Doctrine of the Internet.” On the March 16 edition of his nationally syndicated radio show, Rush Limbaugh claimed that “net neutrality is the Fairness Doctrine of the Internet.” He added: “In the era of net neutrality … the results of any search — let’s say you want to search abortion, or you want to search the health care bill — they want to control what you see. They want to control what your options are. They can’t really control the content; it’s too massive and it’s too big. What they want to try to do is limit your access to it, and have that access flavored toward whatever particular point of view the administration wants supported.”

Obama’s FCC ruled in favor of the conservative POV that the net should not be neutral. Glenn Beck even claimed that the concept of net neutrality was Marxist. I realize there are small differences of opinions among conservatives, but wow. How does one conservative see net neutrality as Marxist and one see the end of net neutrality as “statist”. Now Con commenter’s side has what they asked for it is an evil thing. One suspects the commenter really knows zero about the issue or is blindly using it as a gudgeon against those on the more moderate end of the political spectrum. 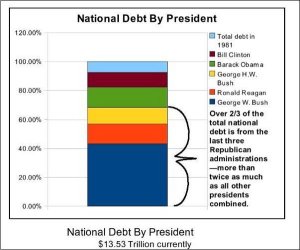 What Is Conservatism and What Is Wrong with It?

From the pharaohs of ancient Egypt to the self-regarding thugs of ancient Rome to the glorified warlords of medieval and absolutist Europe, in nearly every urbanized society throughout human history, there have been people who have tried to constitute themselves as an aristocracy. These people and their allies are the conservatives.

The tactics of conservatism vary widely by place and time. But the most central feature of conservatism is deference: a psychologically internalized attitude on the part of the common people that the aristocracy are better people than they are. Modern-day liberals often theorize that conservatives use “social issues” as a way to mask economic objectives, but this is almost backward: the true goal of conservatism is to establish an aristocracy, which is a social and psychological condition of inequality. Economic inequality and regressive taxation, while certainly welcomed by the aristocracy, are best understood as a means to their actual goal, which is simply to be aristocrats. More generally, it is crucial to conservatism that the people must literally love the order that dominates them. Of course this notion sounds bizarre to modern ears, but it is perfectly overt in the writings of leading conservative theorists such as Burke. Democracy, for them, is not about the mechanisms of voting and office-holding. In fact conservatives hold a wide variety of opinions about such secondary formal matters. For conservatives, rather, democracy is a psychological condition. People who believe that the aristocracy rightfully dominates society because of its intrinsic superiority are conservatives; democrats, by contrast, believe that they are of equal social worth. Conservatism is the antithesis of democracy. This has been true for thousands of years.

The defenders of aristocracy represent aristocracy as a natural phenomenon, but in reality it is the most artificial thing on earth. Although one of the goals of every aristocracy is to make its preferred social order seem permanent and timeless, in reality conservatism must be reinvented in every generation. This is true for many reasons, including internal conflicts among the aristocrats; institutional shifts due to climate, markets, or warfare; and ideological gains and losses in the perpetual struggle against democracy. In some societies the aristocracy is rigid, closed, and stratified, while in others it is more of an aspiration among various fluid and factionalized groups. The situation in the United States right now is toward the latter end of the spectrum. A main goal in life of all aristocrats, however, is to pass on their positions of privilege to their children, and many of the aspiring aristocrats of the United States are appointing their children to positions in government and in the archipelago of think tanks that promote conservative theories.

Conservatism in every place and time is founded on deception. The deceptions of conservatism today are especially sophisticated, simply because culture today is sufficiently democratic that the myths of earlier times will no longer suffice.

The full essay is at the link.