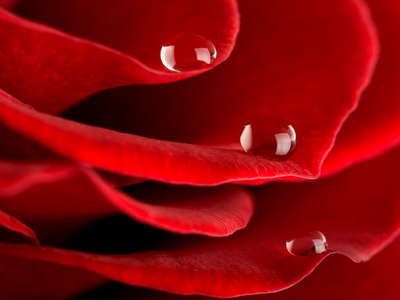 Water Drops on a Rose wallpaper

Republicans have diaper rash. Republicans have shoes so tight they squeak. Republicans can’t find good domestic help. Republicans’ jellybean jars have too many green ones. It’s all Obama’s fault. I know six olds who are more mature about the concept of responsibility than the average wing-nut –  Conservatives Falsely Blame Obama Drilling Policies For Rise In Oil Prices

Beck: Oil Prices Rising Because “The Administration [Is] Making It Harder To Drill.” From the January 4 edition of Fox News’ Glenn Beck:

[  ]…In Fact, Experts Point To Speculation and Boost In Demand

AEI Scholar: “We Probably Couldn’t Produce Enough To Affect The World Price Of Oil.” From a January 1 Greenwire report:

But experts disagreed about how much impact additional drilling could have. Crude oil is a global commodity, Green said.

“The world price is the world price,” Green said. “Even if we were producing 100 percent of our oil,” he said, if prices increase because of a shortage in China or India, “our price would go up to the same thing.

Book explained that his firm’s forecast implies that there is substantial non-OPEC slow downs at the same time as there is significant demand growing in emerging economies in Asia and other places.

“What it does is draw inventory down and lowers capacity in the system,” he said. “It also pulls more OPEC oil into circulation.”

[   ]…CNNMoney.com: Oil Analyst Attributes Some Of Price Increase to Speculation. From a January 1 CNNMoney.com report:

Oil surge: Oil, the main ingredient in gasoline, has also been on a tear, with crude prices topping $90-a-barrel for the first time in more than two years.

Platts senior oil analyst Linda Rafield attributes some of the spike in oil prices to speculation.

“That can push prices to a level that doesn’t reflect supply and demand,” Rafield said. [CNNMoney.com, 1/1/11]

The number one excuse is not the dog ate my homework. Its Obama did something with George Soros that involved Kenyan socialism and moonbeams that caused whatever is wrong with the world. There are probably Republicans who have been known to take responsibility for something or know where to place blame. Now we just need to fund a National Geographic expedition to find them.

Nothing new here and nothing to be especially concerned about. Conservatism has never stood for anything, but fake patriotism and greed. It is the ultimate in substanceless performance art.

Another potential problem for Republicans is that repealing health care would run up the deficit. The Congressional Budget Office (CBO) has said that health care reform will reduce the deficit by $1.2 trillion.

The CBO has also said (.pdf) that a plan to alter Medicare and Medicaid, proposed by Rep. Paul Ryan (R-WI), would actually increase the deficit.

While the NYT points to what I believe to be the appropriate response to King’s fear-mongering, it misses the mark by about a decade or so. They point to King’s involvement in brokering peace in Northern Ireland. But of course the relevant bit is how King, for years, openly supported Irish terrorists.

He forged links with leaders of the IRA and Sinn Fein in Ireland, and in America he hooked up with Irish Northern Aid, known as Noraid, a New York based group that the American, British, and Irish governments often accused of funneling guns and money to the IRA.

But King is a Republican. The rules of American politics clearly state Republicans may engage in the most egregious immoral behavior and get a free pass from the media because conservatism is actually a magic cape that makes the wearer immune to being held accountable.

Imagine if a group of leading American liberals met on foreign soil with — and expressed vocal support for — supporters of a terrorist group that had (a) a long history of hateful anti-American rhetoric, (b) an active role in both the takeover of a U.S. embassy and Saddam Hussein’s brutal 1991 repression of Iraqi Shiites, (c) extensive financial and military support from Saddam, (d) multiple acts of violence aimed at civilians, and (e) years of being designated a “Terrorist organization” by the U.S. under Presidents of both parties, a designation which is ongoing? The ensuing uproar and orgies of denunciation would be deafening.

But on December 23, a group of leading conservatives — including Rudy Giuliani and former Bush officials Michael Mukasey, Tom Ridge, and Fran Townsend — did exactly that. In Paris, of all places, they appeared at a forum organized by supporters of the Mujaheddin-e Khalq (MEK) — a group declared by the U.S. since 1997 to be “terrorist organization” — and expressed wholesale support for that group. Worse — on foreign soil — they vehemently criticized their own country’s opposition to these Terrorists and specifically “demanded that Obama instead take the [] group off the U.S. list of foreign terrorist organizations and incorporate it into efforts to overturn the mullah-led government in Tehran.” In other words, they are calling on the U.S. to embrace this Saddam-supported, U.S.-hating Terrorist group and recruit them to help overthrow the government of Iran. To a foreign audience, Mukasey denounced his own country’s opposition to these Terrorists as “nothing less than an embarrassment.”

[  ]…UPDATE II:  In 2008, an Iranian-American woman –Zeinab Taleb-Jedi — was convicted in a federal court of providing “material support for terrorism” based solely on her membership in MEK.  She argued that MEK should not be deemed a Terrorist group and that she has the First Amendment right to belong to it, but the judge rejected both claims.  While she joined the group as opposed to merely advocating for it (the way these conservatives are doing), the Supreme Court in Huminatarian Law made clear that both can be means of providing “material support.”  Why should Taleb-Jedi be prosecuted but not Giuliani, Townsend, Ridge and friends?

Why? Because they all right-wing bags of hammer Republicans. They’re like pasty-faced mini-deities who can do no wrong and do not live by the same rules as flesh and blood average Americans. How is it these sub-gods are not dangerous egotistical jerks will likely be explained away on the opinion page of the WSJ or some other right-wing media soapbox.