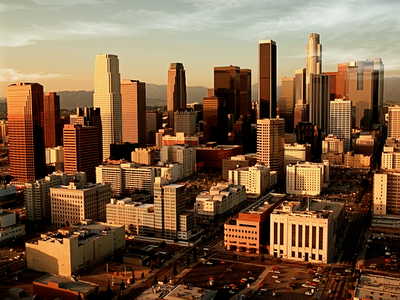 Glenn Beck broadened his ever-expanding theory about Egypt again on Monday, and in doing so, introduced some ideas that are extremely hard to accept:

* The co-founder of an anti-extremism think tank funded by the British government — who has testified before Congress — may be lying about renouncing radical Islam.

* You shouldn’t do Google searches, because Google is “pretty deeply in bed with the government,” as evidenced by the fact that a former State Department employee who’s now a Google executive helped found a nonprofit group that supports grassroots activists around the world.

This latest half baked conspiracy is a continuation of his and Pete King(R-NY) assertion the world is going to be taken over by a communist-Muslim caliphate front.

Thus, while in 2021 Obama proposes to spend $5.697 trillion, the Committee would still be spending $3.729 trillion, for a difference of almost $2 trillion. Add up the difference for every year, over 10 years, and it amounts to nearly $8.7 trillion, which the committee calls “new spending.”

In other words, the Committee assumed the president needs to freeze all spending, without adjustments for inflation or population growth, for 10 years. Moreover, it makes this assumption for all spending, even mandatory programs such as Social Security and Medicare, which need to be changed by law.

Whatever bit of optimism or stretching you find in the administration’s budget, nothing comes within an order of magnitude of this kind of dishonesty.

Ryan’s reputation as an honest policy wonk is a curious thing. It must owe itself to the total dearth of elected Republicans who can even halfway plausibly bullshit their way through some numbers.

Let me say something positive on Ryan’s behave. He is usually a much better liar. The longer he drinks that Republican deficit peacock kool-air the bigger and bolder the lies. As young Republican tell the bigger lies, the greater their political success. Who is Ryan to have the integrity to start the next generation of wingers wining debates on the merits when the Big Lie works so well.

Republican Speaker of the House John Boehner: If Jobs Are Lost As A Result Of GOP Spending Cuts ‘So Be It’. From a guy who makes over two-hundred thousand a year. More on John The Champion of The Middle-Class here, Republicans Cut Jobs, Keep Oil Company Tax Breaks, Don’t Cut Military!

TRIGGER WARNING: The Lara Logan Case on the Net

Now for the topic of this post, disgusting as it is: The comments wherever the sexual assault is discussed, especially on non-moderated comment threads. The majority of those comments are the vilest of the vile. Here is an example for those who wish to wade in the filth themselves. I advocate a Hazmat suit and excellent mental health as prudent precautions.

The loathsome comments are of two major types: The first type describes Muslims or Arabs as animals and so on. The second type, the one I’m going to analyze here, consists of victim blaming. It is Logan’s fault if she gets assaulted, in short.

There is a third type, too, which is about the desire of the commentator to join in with the gang rape of various too uppity women in the public eye or a wish that some other female celebrity had been assaulted instead.

Egypt has a terrible track record on rape according to this report from 2008, Egypt: Are attitudes to rape beginning to change?

“We want to change traditions, but it is not easy,” Rania Hamid, manager of the family counselling unit at the Centre for Egyptian Women’s Legal Assistance (CEWLA), said. “These traditions are not 20 years old, they’re ancient. You have to change them bit by bit.”

Hend is one of 20,000 women or girls raped every year, according to Egypt’s Interior Ministry, a figure which implies that an average of about 55 women are raped every day. However, owing to the fear of social disgrace, victims are reluctant to report cases, and experts say the number may be much higher.

“If the Ministry of the Interior gets 20,000 then you should multiply it by 10,” said Engy Ghozlan of the Egyptian Centre for Women’s Rights (ECWR) anti-harassment campaign.

“It’s hard to tell [exactly how many women are raped] because there aren’t a lot of statistics. Most people won’t come out and say it happened because culturally it is not accepted.”

So we here in the USA must be so much more advanced? Some, but not enough to claim any bragging rights. As usual in many of the Right’s framing of the horrible attack on Logan, they fail to mention it was other Muslims who rescued her.  Rape and Sexual Assault in America,

Breakdown by Gender and Age
Women

17.7 million American women have been victims of attempted or completed rape.1

While about 80% of all victims are white, minorities are somewhat more likely to be attacked.

Lifetime rate of rape /attempted rape for women by race:1

About 3% of American men — or 1 in 33 — have experienced an attempted or completed rape in their lifetime.1

15% of sexual assault and rape victims are under age 12.3

In 1995, local child protection service agencies identified 126,000 children who were victims of either substantiated or indicated sexual abuse.5

* 34.2% of attackers were family members.
* 58.7% were acquaintances.
* Only 7% of the perpetrators were strangers to the victim.  ( citation numbers are from the Department of Justice and other federal agencies.)

Someone is sexually assaulted in the U.S. every 2 minutes. This is what Republican blogger Debbie Schlussel had to say,

Hey, sounds like the threats I get from American Muslims on a regular basis. Now you know what it’s like, Lara.

I just love it when the people of the profession of “the public’s right to know” suddenly want “privacy.” Tell it to your next interview subject, Lara.

And from the same link, the Republican theblogprof,

As the saying goes – you mess with the bull, you get the horns.

Dallas businesswoman Dawn Rizos received the unexpected invitation by fax: Come to a “private dinner” with Newt Gingrich in Washington, where you will be named an “entrepreneur of the year.”

The catch: Rizos had to pay a $5,000 membership fee to Gingrich’s group, American Solutions for Winning the Future, to get the award.

But his hard-sell tactics can sometimes go awry. It turned out that Rizos owns an upscale nude-dancing club. When Gingrich’s group found out, it canceled the 2009 award and returned the money.

“We were very keen to do this; it seemed like a fun hand-shaker-type thing,” said Michael Precker, a spokesman for Rizos’s club, the Lodge. “I guess it shows how you raise money in Washington.”

That brief interaction offers a telling glimpse into the workings of Newt Inc., a financial empire that could prove crucial in a bid for the White House.

What is the WaPO afraid of saying here. Sending out these letters promising awards in exchange for money, all under the guise of being a charitable organization is darn close to, if not outright mail fraud.