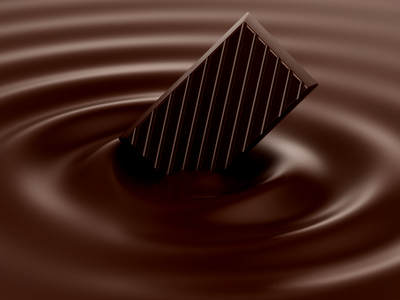 So Arnold Schwarzenegger had an affair. Yet another “family values” Republican caught with their pants around their ankles. Everyone knew about Schwarzenegger’s generally sleazy behavior before the special election that made him governor. While on a personal level I have opinions about the sleaziness of politicians betraying their spouses, as a matter of whether they can be effective leaders it is close to irreverent. It is frustrating that the media will cover this story closer than they will the fact that both political parties, with the exception of the House Progressive Caucus, become enablers of America as a surveillance state. Or that the media will scrutinize Schwarzenegger’s zipper closer than they will his record as a conservative leader, Arnold’s True Love Child: California’s Deficit Problem

Today we learn that he had cheated on his wife and had a child out of wedlock just a few years before. [3] His megawatt-smile denials were pure pap, and if knowledge of his affair had been public it’s almost a dead certainty that the recall would have failed and Gray Davis would have remained governor. The car tax would have stayed in place, no bonds would have been issued to make up for it, and California’s deficit problems would have been less than half as bad as they turned out to be under Schwarzenegger.

Kevin may be right about the revelations derailing Schwarzenegger’s campaign or maybe not. Just going by memory two things stand out. He had a lot of totally unjustified momentum – most likely simply a result of the “Terminator” running for office. The second factor was that as some revelations about his past shenanigans became public, his wife Maria Shriver, who enjoys a very favorable public persona, defended him against those accusations. So he may have won anyway. Like Bush  and his disastrous legacy for the country, Arnold has left a disastrous legacy for the state of California. That is what people should be talking about.

“At a time when the governor has taken money from renewable energy and schools, he’s bailing out an ugly mall,” said the Sierra Club’s Jeff Tittel, who is critical of the deal. Christie has defended the investment, saying the mall will “become what it was envisioned to be: an extraordinary destination. It’s getting a makeover, a new name, a new image…and we’ll make sure the sales tax revenue comes back to make this a successful project, get our investment back with responsible partners that we can trust.”

Yet even if Christie does think the boondoggle project — which has been in endlessly in construction since 2003 — will actually pay off in the end, one has to wonder why he feels like the mall is a valuable investment for the state’s taxpayers, but not schools, hard-working middle class public employees, or women’s health or the Hudson Tunnel.

Let’s start with the best direct comparison of priorities: yet another ridiculous mall versus the 6000 construction jobs lost by closing down the Hudson Tunnel project. What are the long-term benefits to New Jersey and the nation between having more educated students ready to meet the changes of America’s future versus yet another place to buy the same stuff you can buy in malls that already exist. Even if this boondoggle mall which has been crawling along for eight years might eventually add to the state’s economy, How much money will the state loose because of the loss public sector jobs such as teachers and fire fighters. Where are the people with and education, jobs and income going to come from to shop at yet another mall. Christie is your typical conservative. He sees something bright and shiny, he likes it, he wants it. End of story. No long-term planning or awareness of the consequences.

John McCain has been on something of a crusade this week on the question of how we found Osama bin Laden, giving speeches and writing Op-Eds outlining his position that it was not torture of detainees that led the U.S. to its man.

Now comes presidential candidate and “enhanced interrogation” supporter Rick Santorum arguing on Hugh Hewitt’s radio show that McCain simply “doesn’t understand how enhanced interrogation works.” Yes, he’s talking about the same John McCain who, in his five and a half years as a prisoner of war in North Vietnam, was interrogated during a program of beatings and torture.

There is plenty of material to nail John McCain(R-AZ) on in terms of public policy and political corruption. For  Rick Santorum to say he knows more about torture and intelligence gathering(Torture & the Art of the Gratuitous Lie: Dissecting Rumsfeld & Thiessen’s Wild Whoppers) is the kind of fight only a chickenhawk nimrod like him would be dumb enough, or crazy enough to pick.

If you’re a paid up member of the kool-aid drinkers club you can be as crude and rude as you like. It has been thus for years. Any liberal or progressive objection to said crudeness – which has frequently included, hell is a requirement for being a conservative, is large amounts of misogyny, ethnocentrism and general eliminationism  is dismissed as political correctness. Jon Stewart to Bill O’Reilly: Fox News is a ‘selective outrage machine’

As most Americans know by now Wisconsin Governor Scott Walker (R) lives in his own world. He really believes that respecting the basic freedoms and rights of teachers, police officers, street cleaners and bookkeepers is like budget fairy dust, it will magically bring down his state’s deficit. His Big Government conservatism has made millions of conservatives across the country misty eyed at the prospect of spreading his Pottersville vision for America. Add another bright feather his wing-nut cap,   Hospital visitation rights for same sex couples under threat in Wisconsin

Wisconsin Governor Scott Walker (R) this week asked a judge if the state may stop defending a law that gives citizens in same sex relationships the right to visit their partner if they’re in a hospital.

Passed by Democrats in 2009, the state’s domestic partnership registry was meant to give same sex couples more rights. While it succeeded in doing so, rights for domestic partners in Wisconsin do not rise to the level of special rights granted by marriage.

It allows anyone to register a domestic partner with the state, who can then visit them in the hospital, make key end-of-life decisions and inherit property in the event of one partner’s death.

Gov. Walker contends that this is unconstitutional. According to a Milwaukee Journal Sentinel examination of the governor’s legal brief, he claims that allowing partners these basic rights does not serve “the public interest,” insisting that the state should not have to pay attorneys to defend it.

The registry’s very existence is currently being challenged by a lawsuit from Wisconsin Family Action (WFA), an anti-gay conservative group. The current suit is actually the second brought by WFA: their first was shot down by the state’s supreme court, which declined to even hear the argument.

If he is such a womanizer and violent guy with women, why didn’t he ever get charged until now?
This is a case about the hatred of the have-nots for the haves, and that’s what it’s all about.
So far, he’s innocent, and he’s being treated shamefully. If he’s found guilty, there will be plenty of time to criticize him.
Can anyone tell me any economists who have been convicted of violent sex crimes?
Maybe Mr. Strauss-Kahn is guilty but if so, he is one of a kind, and criminals are not usually one of a kind.
He is one of the most recognizable people on the planet. Did he really have to be put in Riker’s Island?
A man pays $3,000 a night for a hotel room? He’s got to be guilty of something. Bring out the guillotine. ( more at the link)

Stein has enjoyed quite a nice lifestyle by way of his career pretending to be characters in movies and television. Perhaps he has begun to weave his pretend world into real life. Strauss-Kahn, as a matter of law is indeed innocent until proven guilty, but that does not mean there is not enough evidence to strongly suggest that he has committed a crime. Seeing that some well groomed well educated creeps in pinstripe suits recently stole around $19 trillion dollars from the USA, one can see where Mr. Strauss-Kahn’s pedigree is irelevent to whether he can commit crimes or not.