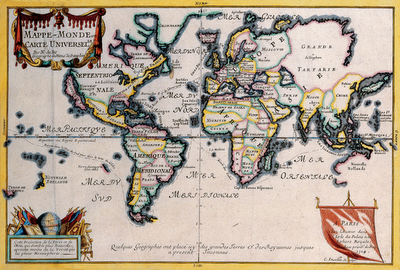 As Republican governors continue to take from the middle-class to give to profitable corporations – Georgia Gov. Nathan Deal (R) and Conservative Legislators Pass Delta Airlines Subsidy After they Receive Kick-backs – it is a reminder of no matter how badly conservative economic policies fail, conservatives believe that those policies are the best policies for every American. When Republicans do their own studies they tend to cherry pick or just plain falsify the data. A case in point is a study done by the right-wing Tax Foundation found that red states do pay less in taxes. Not coincidentally low wage workers up though the median income level ( a household income of around $52k) rely directly or indirectly on federal largesse to educate their children, provide for clean water, pay for part of grandma’s assisted living costs at the retirement home, build highways, repair bridges and pay teachers. Welfare-queen states

Okay. Just for the hell of it, let’s go after the debt and the deficit the Republican way. No new taxes. All through cutbacks. And I’ll confine my quibbles to a few parenthetical asides.

Republicans’ concern over the growth of government is moral as well as fiscal. To quote the House Republican “road map” that accompanied the release of Rep. Paul Ryan’s budget, “Americans were known and admired everywhere for their hopeful determination to assume responsibility for the quality of their own lives; to rely on their own work and initiative….. But over time, Americans have been lured into viewing government ….. as their main source of support; they have been drawn toward depending on the public sector for growing shares of their material and personal well-being. The trend drains individual initiative and personal responsibility.”

No sentimental bromides are required. Most Americans try to work and get through life without asking for help. When they do they generally need it. If a completely private system of social insurance – such as Medicare, Social Security and Medicaid – would provide for our most basic needs, certainly nothing is stopping Exxon or the Koch brothers for creating and maintaining such a system. Des Ryan want to imply that Americans on Social Security – an insurance program they paid into is making Americans lazy and irresponsible. Ryan is the personification of Bush-Regan supply-side magic. While there is probably some rational brain cells telling him and other Republicans that reducing revenues from any source for any program will result in soul grinding misery for most Americans, the part of their brains that dominates their thinking is the beliefs part. They believe even though federal expenditures are 18.5% of GDP(2008) that somehow we can pay those off or make enough cuts to match federal revenues of the current 14.4 percent of GDP. Wait a minute, the recession will not last forever right? More people working plus higher corporate profits once the recession is fully over will generate enough revenue to really bring down expenditures as part of GDP – so we still don’t need no stink’n revenue ( tax increases). Reasonable projections – not Ryan and the Rights pie in the sky projections – put expenditures at 25.4% of GDP by 2050 if we leave the current revenue trends in place. If we rise some revenue federal expenditures will be about 18.2% of GDP by 2050. The financial elite in red states will be thrilled if we do not rise revenue. because we’ll have more ‘hard” decisions and “shared” sacrifice. Meaning the social safety net will have larger holes and a defacto conservative death panel that Republicans can claim they had nothing to do with – it was just the economics don’t ya know.

Now, that list has surely changed since the middle of the last decade — Virginia has probably gotten richer and paid in more; Nevada has surely gotten poorer and paid in less. But today’s ranking are probably much the same, unless farming and manufacturing suddenly pay more than finance and high-tech. Even allowing for cyclical variations and political transformations, it’s patently clear that the states that drain the government also constitute the Republicans’ electoral base, while those that produce the wealth constitute the Democrats’. Far from strengthening our moral character, the red states plunge us into the slough of dependency.

If we’re really serious, then, about reducing the deficit entirely through cutbacks, the solution is clear: Cut off these slacker states.

Red state voters are not all Republicans. Unfortunately even those folks have to suffer from policies they do not support so while it makes for good snark, not a good idea not to look out for America’s working class regardless of where they live. Yes, even though obviously many are willing to vote against their own economic interests and make the grandparents pay with an ever dwindling quality of life. Many Democrats and Democrat leaning independents are frustrated that on the facts we should be the runaway winners of this debate. The problem, as it was during the Reagan years and certainly during the Bush 43 era, is that we’re debating the facts and basic humanity, while Republicans are wrapped up in the fact proof nutshell of their beliefs. They really do not care if America’s political and economic power is concentrated in the hands of an elite. For people who talk a lot about freedom and individual empowerment, Republicans and their tea nut brethren sure are big on giving their freedom and individualism to the modern equivalent of plantation owners.

Unfortunately, even President Barack Obama appears to have been influenced by this thinking. He asserted in a speech Thursday that Israel’s future borders with a Palestinian state “should be based on the 1967 lines,” a position he tried to offset by offering “mutually agreed land swaps.” Mr. Abbas has said many times that any land swaps would be minuscule.

What can one do about people who think like Mr. Dore Gold. He acknowledges the president stipulated the 1967 lines with certain land swaps, but dismisses the acknowledgement. Needless to say the Right is linking to that editorial like it was writ in granite. While it clearly plays fast and loose with the facts, it also lacks the most basic logic, Israel Doesn’t Need the West Bank To Be Secure

When everything is said and done, how important is the West Bank to Israel’s defense?

To answer the question, our best starting point is the situation before the 1967 war. At that time, the Arab armed forces surrounding Israel outnumbered the Jewish state’s army by a ratio of 3-to-1. Not only was the high ground in Judea and Samaria in Jordanian hands, but Israel’s capital in West Jerusalem was bordered on three sides by hostile territory. Arab armies even stood within 14 miles of Tel Aviv. Still, nobody back then engaged in the sort of fretting we hear today about “defensible borders,” let alone Abba Eban’s famous formulation, “Auschwitz borders.” When the time came, it took the Israel Defense Forces just six days to crush all its enemies combined.

Since then, of course, much has happened. Though relations with Egypt and Jordan may not always be rosy, both countries have left “the circle of enmity,” as the Hebrew expression goes. Following two-and-a-half decades of astonishing growth, Israel’s GDP is now larger than those of Lebanon, Syria, Jordan and Egypt combined. As to military power, suffice it to say that Israel is the world’s fifth-largest exporter of arms.

Syria, Israel’s main remaining hostile neighbor, has never on its own been strong enough to seriously threaten Israel. While Damascus is getting some weapons from Iran, the latter is no substitute for the genuine superpower patron that Syria had in the old Soviet Union.

Overall, therefore, Israel’s position is much stronger than it was at any time in the past. So how does the West Bank fit into this picture?

One of the main threats that Israel faces today is from ballistic missiles. Yet everybody knows that holding on to the West Bank won’t help Israel defend itself against missiles coming from Syria or Iran. Even the most extreme hawk would concede this point.

As far as the threat of a land invasion, it is of course true that the distance between the former Green Line and the Mediterranean is very small — at its narrowest point, what is sometimes affectionately known as “Old” Israel is just nine miles wide. As was noted before, it is also true that the West Bank comprises the high ground and overlooks Israel’s coastal plain.

On the other hand, since the West Bank itself is surrounded by Israel on three sides, anybody who tries to enter it from the east is sticking his head into a noose. To make things worse for a prospective invader, the ascent from the Jordan Valley into the heights of Judea and Samaria is topographically one of the most difficult on earth. Just four roads lead from east to west, all of which are easily blocked by air strikes or by means of precision-guided missiles. To put the icing on the cake, Israeli forces stationed in Jerusalem could quickly cut off the only road connecting the southern portion of the West Bank with its northern section in the event of an armed conflict.

The similarity between the Right’s hyperbolic paranoia about Israel is composed of the same paranoia they feed the American public about Iraq. Than and especially now, a rational person wonders how a nation with a poorly trained, poorly manned and poorly equipped military ( no real air force to speak of) such as Iraq’s – which could not knock down even one American jet in twelve years of enforcing the no-fly zone, could be an “existential” threat to America. Israel has the military wherewith-all to level large swaths of Lebanon rubble. Now we’re all supposed to be afraid that Israel will not be able to defend itself.

Damage to Lebanon – scroll down to the orange damage maps on the right side. Note the blue dots. leave out whether this war damage was necessary or not and just concentrate on Israel’s incredible ability to inflict huge infrastructure and human damage on any opponent. One can be a supporter of Israel and  refuse to buy into the unhinged fears propagated by America and Israel’s far Right about their ability to defend themselves.

This week in the War on Women

Speaking of people who are still assholes, remember Carl Wimmer, the Utah legislator who tried to criminalize miscarriages? He’s baaaaaaaaack:

A state lawmaker is opening a bill file to keep federal officials from routing money to Planned Parenthood through Utah state agencies. But his opponents say the measure could cause serious harm.

Agencies like the Utah Department of Health are given federal money designated to go to Planned Parenthood. Rep. Carl Wimmer, R-Herriman, says that’s what his bill is trying to stop.

The meme that the federal government is handing out abortion checks ranks up there with birtherism and ACA death panels. The lie is just as big. Just as crazy and the facts are easy enough to check. Do wing-nut computers have hardware issues which prevent them from connecting to the US Department of Health or the Congressional record. The Right’s desire to punish victims of rape is nothing new. These are the same people who droll over stories in which some Muslim woman is treated inhumanely, yet the Right’s desire to punish victims of rape is like something out of the Taliban’s cultural recipe book.