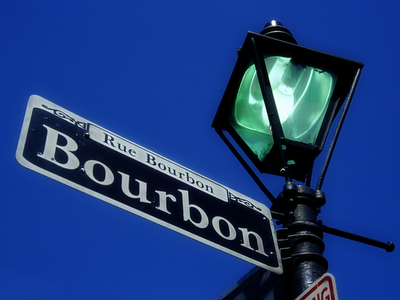 Ben Stein, yes this Ben Stein, writing on that yellow rag The Spectator on Newt’s account at Tiffany’s –  The Tiffany Times

Now, I think I’ve seen it all. The absolutely most mystifying and at the same time obvious gibberish from my former employer, the New York Times. This once mighty newspaper ran a story on page one on Wednesday, May 25, 2011, about the totally, unimaginably trivial fact that Newt Gingrich has bought his wife certain pieces of jewelry that some people consider lavish and has a charge account at Tiffany. This, strongly insinuates the Times, shows that Newt is a hypocrite in calling for budgetary discipline and restraint in the federal government.

This completely misses the point. While the incident is one of many which highlights Newt’s hypocrisy about being an everyman, a populist of the people, the issue is what did Newt and his wife get in exchange for a near interests free loan. The type of financial perk not even available to the average upper income customer at Tiffany and Company.  The Gingriches and Tiffany: When a loan becomes lobbying

Amid all the convoluted explainers and analysis of the deal that Newt Gingrich and his wife had with Tiffany, one crucial point seems to have been missed. So well done to SpyTalk for picking up on this:

At the same time Tiffany & Co. was extending Callista (Bisek) Gingrich a virtual interest-free loan of tens of thousands of dollars, the diamond and silverware firm was spending big bucks to influence mining policy in Congress and in agencies over which the House Agriculture Committee–where she worked–had jurisdiction, official records show…

Tiffany’s annual lobbying expenditures rose from about $100,000 to $360,000 between 2005 and 2009, according to records assembled by the Center for Responsive Politics, a nonpartisan government watchdog organization.

There’s enough confusion over the Tiffany’s deal that it certainly looks unusual — while Tiffany’s does extend interest-free loans of up to one year to top clients, Gingrich’s account was open for two consecutive years, despite the fact that Gingrich claimed to be paying no interest on it. And in any case it seems unwise, to say the least, to accept an interest-free loan of more than $250,000 from a company which is lobbying your committee — no matter how rare or common such loans might be.

Considering the balance the Newts would have made off with a nice $50k by skipping the interests. Nice deal and one that Stein and The Spectator blow off in an attempt to make this all a story about envy. he and the commenters go about some Democrat’s wardrobe. Oh my stand back, the gotcha is overwhelming. What people spend on clothes and jewelry is not the issue. The issue is whether Tiffany gave some financial perks that equal the median household income in America, and got or expected to get someday, a political favor in return.

The far Right’s reaction to President Obama’s speech on Israeli-Palestinian peace talks was predictable. They would have opposed anything he said. They would have, did and continue to mischaracterize what he said. The air escapes from these blow-up dolls of manufactured conservative outrage very quickly. So how do you stretch out the news and outrage cycle for another 48 hours. You invent a controversy out of thin air. Right Wing Gins Up False Controversy That Wealthy Donor Will No Longer Give To Obama Over Israel Policy

President Obama was perhaps not specific enough when he told an audience at the State Department last Thursday, as part of his big speech on the Arab Spring, “The borders of Israel and Palestine should be based on the 1967 lines with mutually agreed swaps.” With more time to focus on just what “mutually agreed swaps” meant at AIPAC’s annual summit, Obama readily offered details. But that didn’t stop legions of Israel’s right-wing supporters from launching attacks on Obama that mischaracterized his position (which incidentally lined up with his two predecessors in office).

But the latest salvo from neoconservatives on this front is perhaps the most factually challenged. At the neocon flagship magazine Commentary, writer Alana Goodman picked up on an interview given by Israeli-American businessman and high-profile Democratic Party donor Haim Saban. Saban told CNBC that he wasn’t planning on donating to Obama’s re-election campaign.

As WR points out you can search sites such as Opnesecrets.org or Political MoneyLine and find that Saban has not contributed to Obama in the past so the newest speech could hardly have been the deciding factor in not to contribute in the next election cycle. Saban has been a good Democratic donor – contributing to the Democratic Senatorial Campaign Cmte and the Democratic Congressional Campaign Cmte. In addition he has contributed to the US Israel Friendship PAC which in the last three election cycles has only given to one political party, Democrats. This brings up the third reason for the volume of right-wing shrillness and trying to score points on Israel related issues,

Neocons, who are mostly though not exclusively Jewish, have long sought to explain why, unlike them, most American Jews are liberals, seeking to use Israel as a partisan wedge issue to peel off Democrats’ Jewish support. Seventy-eight percent of American Jews voted for Obama in 2008 despite a whisper campaign to paint him as anti-Israel.

The absence of any evidence to back up Goodman’s claim, however, didn’t stop other media from picking up the assertion. The right wing New York Post, with the headline “Jews may actually close their wallets to Obama”, described wide-reaching implications of the fictitious story of “Saban’s choice to cut off Obama.”

Israel has been playing the America Right for years. Even Israel’s Right is not of the same wing-nut tribe as America’s right-wing. Though Israel has been happy to use them for direct donations, lobbying on behalf of Israel’s interests and as a tool to browbeat American politicians that do not tow the line. Nothing Obama is proposing is a radical departure from Bush or Clinton. That fact doesn’t interest the Right or even some Democrats who are afraid of AIPAC.

Rep. Ann Marie Buerkle (R-NY) Attacks Democrats For Supporting Medicare Cuts She Just Voted For. Remember in 2010 Republicans such as Buerkle were attacking Obama for ending Medicare Advantage, claiming he was ending Medicare. Medicare Advantage was a kind of premium supplemental insurance subsidized by tax payers that did benefit insurance companies. Here we are in 2012 and Buerkle votes for the Ryan plan which guts Medicare.

After violent storms slammed three mid-western states and claimed 14 lives yesterday, President Obama announced he would be returning from his long-planned European trip to visit Missouri on Sunday. But that wasn’t good enough for Michael Brown, the FEMA director during Hurricane Katrina who is widely blamed for the Bush administration’s incompetent handling of the crisis that left tens of thousands of New Orleans residents stranded and helpless.

Brown, whose prior experience included working for the International Arabian Horse Association, resigned in disgrace amid a public uproar when it came to light that he had virtually no experience in disaster response — but only after President Bush famously patted him on the back in front of TV cameras, telling him, ”Brownie, you’re doing a heckuva job.” At least 1,836 people died as a result of the worst natural disaster in modern American history, many because FEMA help did not come quickly enough.

Is it some kind of disease, something like Conservative Tourettes which makes them feel they must spew forth more garbage, which in turn gives us all another opportunity to revisit some disastrous episode in their past. Another opportunity to review one of the millions of examples in which conservatives and conservatism has either failed or given America the rusty end of a shaft.

Why Are Republicans So Keen to Persecute Elizabeth Warren?

The House Oversight and Government Reform Committee session today with the Republican’s favorite punching bag, Elizabeth Warren, managed to notch abuse up to a level that is politely described as unseemly or more accurately called Republican Derangement Syndrome.

The fact that Republicans’ last effort to use screechy and mean against Warren failed to deter her has not led them to improve their game. Two months ago, a nasty two hour Congressional hearing with Warren was the culmination of weeks of right wing media attacks, with the Wall Street Journal leading the pack. We noted:

The last time I can recall the Journal becoming quite so unhinged about an individual was over Eliot Spitzer. And since Warren seems pretty unlikely to be found to have similar personal failings, the specter of the right throwing what look to be ineffective punches at her makes for a peculiar spectacle. What is the real aim behind this drama?

The reactions to Warren, both on the right and left, are becoming divorced from reality. She has assumed iconic status as a lone mediagenic figure in the officialdom who reliably speaks out for the average person, a Joan of Arc for the little guy. And she drives the right crazy because she is rock solid competent and plays their game better than they do. She sticks to simple, compelling soundbites and images without the benefit of Roger Ailes and Madison Avenue packaging, and she speaks to an even broader constituency, Americans done wrong by the banks, than they target. No wonder they want to burn her at the stake.

Today’s spectacle had the Republicans looking like idiots who resorted bullying when their initial salvos failed to hit their target. Chairman Patrick McHenry came off like a an angry amateur, trying ineptly to play prosecutor by demanding yes and no answers to questions that were clearly setups or couldn’t be answered that simply.

The full post is longer and does a point by point take on what can only be described as some bizarre Politburo style show trial put on by Republicans who all seemed to have Wall Street’s hand up their back.Which makes sense because Chairman Patrick McHenry is to big financial interests what Joe Barton(R-TX) is to big oil – a puppet.

The betting system the GOP’s been playing for the past 30 years is called supply-side economics. “The theory goes like this,” explains David Cay Johnston. “Lower tax rates will encourage more investment, which in turn will mean more jobs and greater prosperity — so much so that tax revenues will go up, despite lower rates.”

To anybody with a passing interest in the material world, it’s clear that this has never happened. Over the same period, the national debt has risen to more than $14 trillion — almost 90 percent of it under Republican presidents.

Meanwhile, ordinary citizens have failed to prosper as President Reagan’s seductive “morning in America” rhetoric promised. Since 1980, Johnston shows, “the average income of the vast majority — the bottom 90 percent of Americans — has increased a meager $303, or 1 percent.” Meanwhile, the income of the upper 1 percent of taxpayers more than doubled, and that of the top tenth of 1 percent increased more than 400 percent.

Social mobility in the United States lags behind many European countries. The richest 300,000 American taxpayers currently enjoy incomes roughly equal to that of the bottom 150 million combined.

It always a good laugh, if a dark one, to hear conservatives talk about free markets and merit. There is simply no way that 1% of the population does work or performs some service that is equal to that of 150 million American workers. This situation is not capitalism is is the Republican version of Marxism – the income is redistributed to the elite collective at the top.