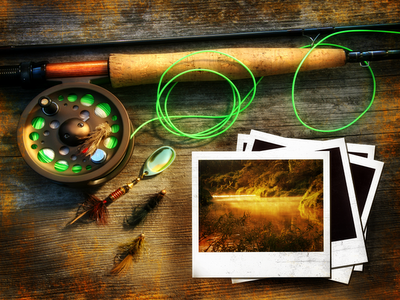 How do you write yet another post on the deficit reduction talks and the debt ceiling. Every other day brings in a few more news bites. The basic structural facts remain about the same. The rabid Right is not going to change their position much because these are not the type of people open to facts. Their base does not understand, nor do they show much inclination to understand the fact that not raising the debt ceiling is the Great Recession part II. The recent jobs report was deeply disappointing, but it is not the 750,000 jobs the economy was losing back in 2008. I watched parts of three news programs this morning and the media is ever so helpful in helping conservatives sell their framing to the public – we’re having a “Deficit Reduction Crisis”, a “Debt Ceiling Crisis” and the least objectionable a “Debt Ceiling Showdown”. Goodness forbid the media call it what it is – ” A Revenue Crisis” to Protect The Richest 5% of Americans. We are also not having a spending crisis. Asa percent of GDP the only spending that is growing way out of proportion to GDP and the population is military spending ( chart at link). For Boehner, Lofty Budget Goals Checked by Reality

But the speaker’s lofty ambitions quickly crashed into the political reality of a divided, highly partisan Congress. His decision on Saturday night to abandon the comprehensive deficit-reduction package, citing the White House’s insistence on tax increases, was a sharp reversal. It highlighted the challenge he faces in persuading his party to tolerate any compromise on government spending and exposed the fissures within his own leadership team over how to proceed.

Had Mr. Boehner forged ahead with a plan that fell flat with his rank and file, it could conceivably have led to a challenge of his leadership position, and it would certainly have undermined confidence among conservatives in his ability to lead the Republicans. Even opening the door to increased revenues as part of a deal with Mr. Obama and the Democrats struck many Republicans as a profound misreading of what conservatives, in Congress and at the grass-roots level, would tolerate.

Out of the $4 trillion dollar deficit reduction deal only 10% was composed of closing tax loopholes ( in a television conference I am watching Obama say the entire 10% is solely closing tax loopholes and tax reform – NO tax increases). That is what blew up the deal. Obama put everything including Medicare and Social Security on the table. Boehner, feeling he had to pander to the Palin-Bachamn-Demint-Teanut base decided that a deal which was way further to the Right than any Regan budget was too Marxist. Did Boehner go home turn on the tanning bed and ask the maid to polish his jack boots after that proud moment. Much of that $4 trillion was about sacrifices from the middle-class and people like college students making minimum wage. Goodness knows what billionaires like hedge fund managers, the Koch brothers, the Coors family or Richard Mellon Scaife and corporations like BP would have to do without if they paid the same tax rates they had to pay in the 1990s or closed a few loopholes. The breakdown of talks cannot be about deficit reduction. Boehner and House Republicans have voted for the Paul Ryan(R-WI) plan twice. A plan that had less deficit reduction in it than either latest Obama plan or the $2 trillion-dollar deficit plan pushed previously by VP Biden. Of course Republicans can run on the complete falsehood that they really tried to be reasonable in 2012. There has not been an election cycle in modern era politics from FDR until today in which Republicans did not run on a raft of lies and promises of rainbows for everyone. Largely thanks to the net many Americans will make sure it is tougher than ever for Republicans to run on new lies or the same old. It looks like they are going to trash the economy twice because they act with the kind of unscrupulous venality one usually expect only from sociopaths. They cannot run away from that record.

Senate Minority Leader Republican Mitch McConnell(R-KY) is already the front guard in revenue crisis spin – Sen. McConnell: ‘Nobody Is Talking About Not Raising The Debt Ceiling’ In Congress

Senate Minority Leader Republican Mitch McConnell discussed the debt ceiling negotiations with Bret Baier on Fox News Sunday. McConnell was in agreement with Speaker John Boehner’s decision not to support a large deficit deal, yet also made a curious assertion that none of his Republican colleagues have ever claimed they will not be in support of raising the debt ceiling.

Baier, filling in for Chris Wallace, pressed McConnell on what would happen if no deal could be worked out and whether he was concerned with the consequences of what might happen if the debt ceiling is not raised. McConnell confidently responded, “nobody is talking about not raising the debt ceiling. I haven’t heard that discussed by anybody.” Yet Baier informed him that Congresswoman Michele Bachmann, among others, have explicitly said just that. Baier even quoted Bachmann saying “don’t let them fool you that the economy is going to collapse” if the debt ceiling isn’t raised.

Let me translate that spin: None of what you are seeing or hearing in video of Republicans saying words, or reading in the press where Republicans are quoted verbatim are true. We’re all negotiating in good faith and the failure to raise the debt ceiling is all the fault of Democrats who are out to get sweaty hard-working billionaires. Digby acknowledges that it is spin, but that the draconian cuts are all but a done deal. The debt ceiling threat talk was, according to her, all about show. She is certainly right about the inevitability of the cuts. If we are to have a budget at all President Obama sign something. We can blame Obama but only up to a point. There is no way he will get a liberal Keynesian budget. No one likes that, but the choices are between a budget that he shapes and one the tea smokers have drawn a line in the sand over. That line is the one conservative columnist David Brooks called “Republican fanaticism”. Who has forced Republicans out of the fanatic closet. President Obama. Who is going to take the blame for that fanaticism. Certainly not Democrats. Taking the long view Democrats win either way. We could have had the deficit wiped out except for a few billion dollars. Republicans stopped that. We could have had more job creation. Republicans not only stopped any further job creation, but have actively tried to stop an economic recovery.

The House is scheduled to vote this week on a daft and destructive measure that — in the name of individual freedom — would repeal national energy efficiency standards for light bulbs enacted by Congress in 2007. Though utterly without merit, the bill stands a fighting chance in a legislative body where ideology now routinely trumps common sense.

The standards, approved with bipartisan support as part of a broader energy bill signed by President George W. Bush, require new bulbs to use 25 to 30 percent less energy than traditional incandescent bulbs starting next year, and 65 percent less energy by 2020. Though the standards are likely to encourage wider use of compact fluorescent bulbs and newer high-efficiency light-emitting diode bulbs (LEDs), they do not ban incandescents, as some politicians have claimed; they simply require them to be more efficient.

The long-term benefits, according to the Natural Resources Defense Council, could be huge: national energy savings equivalent to 30 large power plants; household savings of up to $200 a year; and 100 million fewer tons of carbon dioxide pollution yearly, roughly the amount from 17 million cars. So far, not a single manufacturer has complained — G.E., Philips and Sylvania already sell bulbs that meet the 2012 standards.

Even though consumers will save money and have more choices for their lighting needs Joe BP Barton(R-TX) is determined to undo the new standards. Why does Barton love BP and foreign oil and hate America.