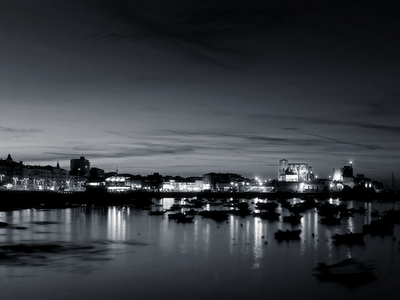 The NYT, Politico and every other news outlet is describing the conservative debates in Iowa as some kind of clash of gladiators. All I saw as some people with no ideas, corrupt values, neck-deep in hypocrisy throw powder puffs at each other. if anyone forces you to listen to this crop of wretches, thieves, self-righteous miscreants, government subsidy queens, gay hating bigots and hoodlums in designer clothes, you would have a good case for filing a compliant based on mental torture. Want to know what economic plans they stand for? Look up the history of Europe’s most despotic monarchs. We must keep America’s kings, queens, princes, dukes and duchesses in their hollowed halls other wise they will stop throwing crumbs to the masses. Some of the coded language is interesting – 8 From G.O.P. Trade Attacks at Iowa Debate

The simmering animosity that has been building among some contenders broke into full view during the two-hour debate, with Representative Michele Bachmann defending her legislative accomplishments, her economic ideas and her experience to serve as president. She batted away the criticism, smiling at times and swinging at others, trying to prove she could take the heat.

The Reality: “A Freedom of Information Act request filed by The Huffington Post with three separate federal agencies reveals that on at least 16 separate occasions, Bachmann petitioned the federal government for direct financial help or aid.”

At one point, Rick Santorum, a former Pennsylvania senator, raised his hand for attention and asked moderators to be included. When he finally was given his turn, he went after nearly all of his rivals, accusing Mrs. Bachmann of “showmanship, not leadership” by opposing raising the nation’s debt ceiling.

Strange times when an off the wall nutter like Rick is the voice of fiscal sanity.

A couple more items from this report by ABC News – Michele Bachmann, Tim Pawlenty Take Gloves Off At Iowa Debate

“I’m not going to eat Barack Obama’s dog food,” Romney said, referring to the debt agreement, which raises the nation’s $14.3 trillion debt ceiling. “What he served up is not what I would have as president of the United States.”

Actually that would be John Boehner’s (R-OH) “dog food” – whatever that means, since Boehner the Speaker of the House claimed he got 98% of what he wanted.  Everyone knows there would have been no debt ceiling issue at all if there was a Republican president dealing with a Republican House. That whole cooked up crisis was all about spite and malice, not what was good for the country. It certainly wasn’t about ideological consistency as Reagan and Bush both had the debt ceiling raised multiple times with very little debate. What would Romney have done if challenged, let the economy take a bigger nose dive. He has never shown a tendency to political suicide so that means he’s just tossing peanuts from the grandstands.

It wasn’t just Bachmann and Pawlenty who clashed. Rep. Ron Paul and former Senator Rick Santorum got into a lengthy back and forth regarding Iran’s nuclear ambitions, with Paul arguing that Iran doesn’t pose a threat to America’s safety.

“Iran is not Iceland, Ron” Santorum chided. “Anyone who suggests Iran is not a threat to the Middle East is not seeing the world very clearly.”

Ron Paul has a very tenuous grasp on sanity. Though I have to give him credit for not wetting himself over the trumped-up national security threats of his fellow conservatives.

And the last word goes to Romney,

“If you spend your life in the private sector and you understand how jobs come and how they go,” Romney said, “you understand that what President Obama has done is the exact opposite of what needs to be done.”

If there was a national contest for the poster child of clueless corporate handmaiden Romney would easily make the finals. Stephen Colbert explains: Corporations and context

“You see, Romney made a Mittload of cash using what’s known as a leveraged buyout. He’d buy a company with ‘money borrowed against their assets, groomed them to be sold off and in the interim collect huge management fees.’ Once Mitt had control of the company, he’d cut frivolous spending like ‘jobs,’ ‘workers,’ ‘employees,’ and ‘jobs.’ […]

“Because Mitt Romney knows just how to trim the fat. He rescued businesses like Dade Behring, Stage Stories, American Pad and Paper, and GS Industries, then his company sold them for a profit of $578 million after which all of those firms declared bankruptcy. Which sounds bad, but don’t worry, almost no one worked there anymore.

“Besides, a businessman can’t be weighed down with a bleeding heart. As one former Bain employee put it, ‘It was very clinical…. Like a doctor. When the patient is dead, you just move on to the next patient.’”

[   ]…Romney slashed American jobs as if his career depended on it — and it did. Frank Rich recently explained, “In [his 1994 Senate] campaign, Romney was stalked by a ‘Truth Squad’ of striking workers from a Marion, Indiana, paper plant who had lost jobs, wages, health care, and pensions after Ampad, a Bain subsidiary, took control. Ampad eventually went bankrupt, but Bain walked away with $100 million for its $5 million investment. It was an all-too-typical Romney story.”

Romney made a classic gaffe about corporations and persondom. I understood what he meant, but he and his handlers might want to make sure he expresses those thoughts in a way that is more digestible in the future. He was giving the crowd the same tired old conservative bromide that corporations are entities that create jobs. David Dayen at Firedoglake makes a good case that the most dangerous part of Romney’s speech was his take on Social Security – Romney’s Social Security Views More Dangerous Than His “Corporations Are People” Quip. I agree but that is still only part of a monumental problem with conservatism and with many centrist Democrats. Worse in terms of overcoming a false and dangerous political message is that a good portion of the public buys into the notion that we better stand back, let corporations do whatever they like and give them whatever they want because they create jobs. Corporations are generally a few people and a small stack of paper. Those people are be brilliant or devious or both, but they are not going to make a single dollar without the labor to make the product or provide the service. Once labor is in place they must have demand. Unless they only make $80k sports cars they are going to need a working public to buy what they provide. In short corporations are a three-way partnership between the person or persons who created them, labor and their customers. Labor can create and sell things without the Romneys or Trumps. The elitists, on the other hand can do very little without labor and customers. The most essential part of the partnership is labor and other laborers (labor is anyone who is non-management and usually anyone up to middle-management, and professionals like dentists) who are customers. Romney and millions of other Americans really feel that no sacrifice is too great to prop up the corporate part of the triangle. The least valuable part. It’s a myth that looms as one of the American economy’s biggest zombies. Shift the priorities to labor and consumers, and corporations will make reasonable profits and we’ll have an economy that does not have too big to fail corporations, and is much more stable in the long haul. Obama started out with a somewhat Keynesian plan that put an emphasis on creating jobs. Now Republicans who are playing at working class populism have taken away all the Keynesian tolls to create jobs. Bachmann and Palin have both said, incredulously, that taxes and regulations are stopping job creation. Taxes are the lowest they have been in sixty years. Regulations are certainly no more onerous than the same regulations were during the Bush or Clinton era. So non-kool-aid drinkers know those prescriptions are worthless.

This is not posted as an excuse for British rioters ( there is no excuse for hurting innocents the way rioters have), but some long-term issues are in play. The elite do not terrorize a society by taking to the street. They are much more devious than that – The moral decay of our society is as bad at the top as the bottom

I cannot accept that this is the case. Indeed, I believe that the criminality in our streets cannot be dissociated from the moral disintegration in the highest ranks of modern British society. The last two decades have seen a terrifying decline in standards among the British governing elite. It has become acceptable for our politicians to lie and to cheat. An almost universal culture of selfishness and greed has grown up.

[  ]…Our politicians – standing sanctimoniously on their hind legs in the Commons yesterday – are just as bad. They have shown themselves prepared to ignore common decency and, in some cases, to break the law. David Cameron is happy to have some of the worst offenders in his Cabinet. Take the example of Francis Maude, who is charged with tackling public sector waste – which trade unions say is a euphemism for waging war on low-paid workers. Yet Mr Maude made tens of thousands of pounds by breaching the spirit, though not the law, surrounding MPs’ allowances.

A great deal has been made over the past few days of the greed of the rioters for consumer goods, not least by Rotherham MP Denis MacShane who accurately remarked, “What the looters wanted was for a few minutes to enter the world of Sloane Street consumption.” This from a man who notoriously claimed £5,900 for eight laptops. Of course, as an MP he obtained these laptops legally through his expenses.

Yesterday, the veteran Labour MP Gerald Kaufman asked the Prime Minister to consider how these rioters can be “reclaimed” by society. Yes, this is indeed the same Gerald Kaufman who submitted a claim for three months’ expenses totalling £14,301.60, which included £8,865 for a Bang & Olufsen television.

Or take the Salford MP Hazel Blears, who has been loudly calling for draconian action against the looters. I find it very hard to make any kind of ethical distinction between Blears’s expense cheating and tax avoidance, and the straight robbery carried out by the looters.

The Prime Minister showed no sign that he understood that something stank about yesterday’s Commons debate. He spoke of morality, but only as something which applies to the very poor: “We will restore a stronger sense of morality and responsibility – in every town, in every street and in every estate.” He appeared not to grasp that this should apply to the rich and powerful as well.

He leaves out Tony Blair who lied Britain into Bush’s Iraq quagmire. Blair left office, wrote a book, got a huge advance, did the talk show circuit and now lives a comfortable life most of Great Britain could only dream of. Lie your fellow citizens to their deaths and be rewarded. Spend your country’s treasures on foreign policy debacles and retire in leisure. The rioters should stop their abhorrent behavior immediately. That stills leaves Britain’s elite to explain why their immoral behavior and corruption is making the U.K. a better culture.

Rick Perry Says Social Security And Medicare Are Unconstitutional – Perry did not use the gun in the photo to shoot himself in the foot. He did that with his mouth.

Fact checking the GOP debate in Iowa. Facts and conservatives remains strangers that pass in the night.