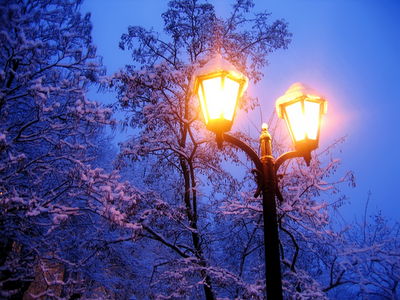 This is not a terrible report from CBS – Congress: Trading stock on inside information? There is the issue of how they edited some on-line video a-la James O’Keefe/Andrew Breitbart style in order to single out and create the most damning impression of House Minority Leader Nancy Pelosi. Pelosi Smear Reportedly Based On Book By Breitbart Editor

Right-wing media have used questioning by CBS’ Steve Kroft of House Democratic Leader Nancy Pelosi to accuse her of a “conflict of interest” based on an investment in Visa, ignoring her shepherding of historic credit card reform. Kroft’s questioning will air on tonight’s 60 Minutes, which was reportedly based on a forthcoming book by Peter Schweizer, the editor in chief of one of Andrew Breitbart’s websites. Schweizer has worked on behalf of President Bush, Glenn Beck, and Sarah Palin, and drew criticism for a previous false attack on Pelosi.

Schweizer Previously Pushed Dishonest Smears Of Pelosi In Prior Book

Schweizer Authored Book Blaming “Big Government Liberals” For Financial Meltdown ( A reminder that far Right conservatives controlled all three branches of government during six of Bush 43’s eight years in office. If they wanted to reign in Wall Street and balance the budget they could have easily done so.)

As DownWithTyranny also points out, ” Schweizer is the editor-in-chief of one of right-wing superloon Andrew Breitbart’s websites”. As I write Breitbart is flogging the story with an emphasis on Pelosi and acting as though conservatives are mere pikers in the gathering wealth via their Washington insider status. You might say as DWT says that when it comes to shady money it is the one area where both parties are somewhat bipartisan. Though make no mistake Republicans are the masters of corruption, Democrats the talented amateurs. As we do not live in that progressive liberal world where there are strict rules on campaign finance, corporations are not considered people and Congress is not held to higher standards. So if voters have a choice between the super corruption of conservatives and the not so corrupt of Democrats, the choice is obvious. If you watch politics for long enough – some of the very young participants in OWS obviously have not – you know that you never start with perfect and just tidy up around the edges. You start with the best of what is available and work to toward those lofty goals.I would not be the first to describe that work as pushing a boulder up a hill and being rolled over a few times before you achieve success.

Sen. Joe Lieberman was treated like an outcast back in 2008 when he broke from the Senate Democratic Caucus and openly opposed Barack Obama’s bid for the White House.

Asked last week if he’d back Obama in 2012, the Connecticut independent said, “I don’t know what I’m going to do.”

This time around, there may be more Liebermans.

A number of moderate Democrats like Texas Rep. Henry Cuellar and liberals like Sen. Bernie Sanders are declining to give their unqualified support for the president, saying they’re either too focused on their own races or are calling on the White House to cater to their agendas before they will offer an endorsement.

Joe Lieberman is an Independent who caucuses with Democrats, and generally votes with cons. Bernie Sanders is an Independent who is an actual progressive. Besides Al Franken, maybe the only real progressive in the Senate. Sen. Joe Manchin (D-WV) barely qualifies as a Democrat. He is in office because his Republican opponent was so far to the Right, so gaffe prone and actually lived in Florida. Manchin has no ambitions to be the kind of man of the people Robert Byrd was. Given these huge gaps in truthyness at the beginning of the piece it is easy to over look some not bad analysis further down.

“Not only are Democrats unified in their opposition to the sorts of policies Mitt Romney has laid out: privatizing Medicare, gutting Social Security, letting Wall Street write its own rules again, and making middle-class families pay for tax breaks for large corporations, but even Republicans are running away from him,” LaBolt said.

To be sure, Obama still has support from many moderate Democrats, and that backing could very well grow once the general election campaign starts in earnest.

“My answer would be ‘Heck yes, indubitably.’ I will be out there campaigning wholeheartedly for Obama for 2012,” said Rep. Joe Baca, a California Blue Dog Democrat who said he would be a surrogate for the president. “I believe he’s done a great job in leading us in face of bitter partisan attacks.”

What Democratic and moderate Independents could do is make the Wisconsin mistake in 2012. Oh gee I’m not thrilled with my choices so I’ll stay home. Than we’ll have someone like Governor Hosni Mubarak Scott Walker as president instead of governor. Though he would have easily fended off most of the likely challengers it would have been good for Obama and the Democratic party to have had a primary challenge. It would have been a stinging reminder to Obama he was elected as a Democrat, not a Republican-lite president.

Does government regulation really kill jobs? Economists say overall effect minimal. I’ll cut to the bottom line – conservative hysterics over regulation are as relevant as what Ann Coulter or Rush Limbaugh thinks about anything.

The critique of regulations fits into a broader conservative narrative about government overreach. But it also comes after a string of disasters in recent years that were tied to government regulators falling short, including the financial crisis of 2008, the BP oil spill and the West Virginia mining accident last year.

Data from the Bureau of Labor Statistics show that very few layoffs are caused principally by tougher rules.

Whenever a firm lays off workers, the bureau asks executives the biggest reason for the job cuts.

In 2010, 0.3 percent of the people who lost their jobs in layoffs were let go because of “government regulations/intervention.” By comparison, 25 percent were laid off because of a drop in business demand.

Let’s talk about costs to the nation and the average American. We would not be having a recession if we had Glass-Steagall and the original strong Volcker Rule in effect. I assume that conservatives and libertarians are also consumers. As such one would think they would get tired of getting the shaft from corporations so big they don’t care if you threaten to stop doing business with them because in some areas the choices of  services and products are so limited – The Telecom Scam: 5 Behemoths That Strangle Innovation and Ensure You Pay Too Much for Bad Service. Let’s say you subscribe to a 5mb plan from a telecom ISP. The most you ever get is 4mb. Try calling to complain. They’ll refer you to some fine print that says that do not guarantee you’ll get the speed you subscribed to. Who are the great enablers of this attitude from corporate America that consumers are disposable? Conservatives and the usual DINOs.

Foes: Elizabeth Warren bombs on Iran – GOP blasts candidate’s ‘troubling’ stance on nukes. Conservatives think paranoia is a feature, not a personality disorder. That feature got us into a war that may eventually cost $3 trillion. Iran is still subject to IAEA inspections. There is no evidence they have developed a nuclear weapon or will have one in the near future. Everyone thinks North Korea’s Kim Jong is a nutcake. N.K tested a nuke during the Bush administration. The N.K. still has not launched a nuclear war. If Iran developed a nuke and used it, they know it would be like committing suicide. Is it really the Right’s assertion, with absolute certainty that Iran is crazier than Jong.

…Rep. Frank Guinta (R-NH) kicked it old school on Thursday by cutting the ribbon on a new road that received millions from the same spending bill he opposed.

“It’s going to help us with our tourism, our economy, and it’s going to provide us greater flexibility for our residents, our business commuters, and those visiting our state,” Guinta said at the event. “It’s a real example of how when we put our mind to it we can accomplish anything we want to accomplish.”

Steve say that it is understandable that conservatives would take a piece of the pie as long as slices are being handed out. Which is actually consistent with conservative behavior, though not with their rhetoric. Not having the courage of their convictions or any consistency about them in regards to government spending is old news. Thus Rep. Frank Guinta (R-NH) is your typical Rethuglican pretzel. He’ll bend any which way that makes him look good, convictions optional.

Rules are not necessarily sacred, principles are.
Franklin D. Roosevelt