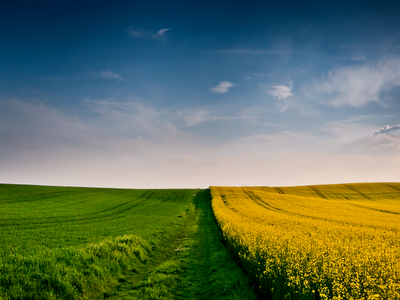 Very handy guide to how and when events went down in Joint Select Committee on Deficit Reduction talks. Otherwise known as Cat-food Commission Part II in which Republicans demanded the 52% of Americans who own 2.5% of the nation’s wealth were supposed to make yet more sacrifices so the Koch brothers would not have to pay an extra one percent in federal taxes. Republicans Won’t Compromise on Taxes: A Timeline

November 8, 2011: Republicans’ second super committee offer is $1.5 trillion in deficit reduction. It does include $300 billion in new tax revenue, but in exchange for extending the Bush tax cuts and lowering the top tax rate. The plan would ultimately cut taxes for the wealthy and raise them for everyone else.

November 10, 2011: Democrats’ second offer is $2.3 trillion in deficit reduction, consisting of $1.3 trillion in spending cuts and $1 trillion in revenue. The revenue would be split between $350 billion in concrete measures and $650 billion in future tax reform. Republicans reject it.

Conservatives can be all over the place on issues and most of that empty sloganeering. One thing they have been consistent about is being deficit peacocks. If the option is just doing away with some tax breaks and loopholes for the very wealthy or paying down the deficit they have always gone for protecting the 1%.

Along with the fizzle of the new commission we have to have another blame game for why the committee failed. I would suggest that Democrats try to take as much blame for this one as possible. The “failure” of the commission means the median income bracket and below will see their payroll taxes( Social Security and Medicare) go up, which in the long run will keep both those programs on more solid ground. The failure also means the end of the Bush tax cuts. The cuts that will literally haunt a generation of Americans. Paul Krugman was waxing poetically about this a few days ago – Failure is Good

In Democrat-world, up is up and down is down. Raising taxes increases revenue, and cutting spending while the economy is still depressed reduces employment. But in Republican-world, down is up. The way to increase revenue is to cut taxes on corporations and the wealthy, and slashing government spending is a job-creation strategy. …

Moreover, the parties have sharply different views of what constitutes economic justice. Democrats see social insurance programs, from Social Security to food stamps, as serving the moral imperative of providing basic security to our fellow citizens and helping those in need.

Republicans have a totally different view…, they view the welfare state as immoral, a matter of forcing citizens at gunpoint to hand their money over to other people. …

Why did anyone think this would work?

Well, maybe the idea was that the parties would compromise out of fear that there would be a political price for seeming intransigent. But this could only happen if the news media were willing to point out who is really refusing to compromise. And they aren’t…, the G.O.P. pays no price for refusing to give an inch.

So the supercommittee will fail — and that’s good.

For one thing, history tells us that the Republican Party would renege on its side of any deal as soon as it got the chance. … So any deal reached now would, in practice, be nothing more than a deal to slash Social Security and Medicare, with no lasting improvement in the deficit.

Conservatism more than ever has become a cult that worships some kind of market purity which has never existed. In that market you have no safety net like Medicare. In con-world that’s OK because the riff-raff will either learn to not get old or sick, or they’ll just die off leaving the always completely self-reliant folks who will live in a perfect land of milk, honey and untaxed capital gains forever and ever.

A woman who was pepper sprayed during during a raid on Occupy Seattle last week is blaming police after she miscarried Sunday.

Jennifer Fox, 19, told The Stranger that she had been with the Occupy protests since they started in Westlake Park. She said she was homeless and three months pregnant, but felt the need to join activists during their march last Tuesday.

“I was standing in the middle of the crowd when the police started moving in,” Fox recalled. “I was screaming, ‘I am pregnant, I am pregnant. Let me through. I am trying to get out.’”

She claimed that police hit her in the stomach twice before pepper spraying her. One officer struck her with his foot and another pushed his bicycle into her. It wasn’t clear if either of those incidents were intentional.

[  ]…Seattle fire department spokesman Kyle Moore told The Washington Post that a 19-year-old pregnant woman was among those that were examined by paramedics.

While doctors at Harborview Medical Center didn’t see any problems at the time, things took a turn for the worst Sunday.

“Everything was going okay until yesterday, when I started getting sick, cramps started, and I felt like I was going to pass out,” she explained.

When Fox arrived at the hospital, doctors told her that the baby had no heartbeat.

“They diagnosed that I was having a miscarriage. They said the damage was from the kick and that the pepper spray got to it [the fetus], too,” she said.

Things are not looking good for the Seattle police. Let’s assume for the moment that she might have miscarried anyway. Why the unjustified compulsion to brutalize someone who posed on real threat to life or property. One hopes that the least the police will do is pause in the future and consider the consequences of what they’re doing. This is a guy who poses a threat to society – Mississippi police officer arrested in baby death.

Indeed: what right do we have to think that Lt. John Pike should probably not have indifferently dusted peacefully sitting protesters with pepper spray from only a few feet away? And, gosh, even if we were going to Monday-morning quarterback the police, shouldn’t we remember, as Megyn Kelly tells O’Reilly, that pepper spray is “a food product, essentially”?

In short we have learned the pass few years that should anyone at Fox ever be water-boarded it is not torture and being pepper sprayed is like having a healthy snack. If O’Reilly doesn’t think the police should ever be second guessed why did he have a police officer investigated after he started dating his ex-wife.

The Black Helicopter Report: There is an army of Chinese soldiers waiting  in the sewers of New York to take over the U.S. on orders from the United Nations, fluoride is a communist plot to contaminate your precious bodily fluids and the Congressional Budget office is a socialist institution. More on the last – Newt Gingrich: Congressional Budget Office Is ‘A Reactionary Socialist Institution’

Gingrich’s comment drew criticism from various sources. Per CNN Money, “Douglas Holtz-Eakin, a former CBO director and Republican, called the Gingrich allegation ‘ludicrous.'” Stan Collender, whom CNN describes as “a former Capitol Hill aide who worked for the House and Senate Budget Committees,” had some harsh words for Gingrich, saying that the candidate “should know better, and he should be ashamed of himself.” Collender called the CBO “bipartisan” and said they are “the best group as analysts I’ve ever met.”

[  ]…Political Correction’s Jamison Foser explains that Gingrich has not always been so critical of the CBO. Foser cites, among other examples, a 1995 press conference during which Gingrich discussed working on a balanced budget. “We did it honestly, using the Congressional Budget Office which was tough,” said Gingrich. Foser also points to a Los Angeles Times story from 1995, also involving budget talks, in which Gingrich, who was Speaker of the House at the time, “declared that the agreement on the use of CBO numbers was a significant step.” He is reported to have said, “There is absolute agreement that everything that will be discussed starting tomorrow will have been scored by CBO.”

What with all the Tiffany’s bling Newt buys his wife he can’t afford the good tin-foil.

Is Herman Cain cognizant of  fact he is in the same party as these asshats, Glenn Beck Defends Limbaugh: Michelle Obama Is “A Little Uppity”.

Steven J. Baum P.C., a firm that specialized in foreclosures, is closing its doors a month after photos showing employees celebrating Halloween by dressing like the homeless surfaced in a New York Times column by Joe Nocera. Nocera wrote a follow up column this weekend, in which he quoted an angry email he received from Mr. Baum himself. The firm announced the shuttering via press release and was reported by the NYT:

[  ]… On Saturday, Joe Nocera, The Times columnist who originally wrote about the firm’s Halloween party, published another column about the controversy. In it, he quoted an e-mail that Mr. Baum had sent him last week.

“Mr. Nocera — You have destroyed everything and everyone related to Steven J. Baum PC,” said the letter. “It took 40 years to build this firm and three weeks to tear down.”

“I think that’s what they call shooting the messenger,” Mr. Nocera said.

It seems the homeless Halloween celebration did the firm in, but it should be noted that Baum’s firm continuously tangled with both the federal government and the New York Attorney General’s office over its practices.

Note the tired meme: when they’re successful its all because of how hard working and virtuous they are, when they fail its always someone elses’ fault.

Some rise by sin, and some by virtue fall. – William Shakespeare