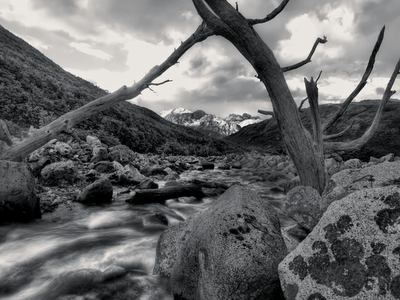 E.J. Dionne Jr. writing on the most important election of our lifetime, Obama: The conservative in 2012

Mitt Romney was on the same page in a speech in Bedford, N.H. “This is an election not to replace a president but to save a vision of America,” he declared. “It’s a choice between two destinies.” Sounding just like Santorum, he urged voters to ask: “Who are we as Americans, and what kind of America do we want for our children?”

One might be tempted to think that listening to Romney or Newt or Ron Paul that conservatives didn’t deliver from 2000 to 2008. That was all a mistake – the mutli-trillion dollar debacle in the Middle-East, turning victory into a protracted stalemate in Afghanistan, crashing the economy, ignoring global warming, 45 million Americans without health care, 98% of whistle-blower complaints about waste and corruption ignored, hundreds of millions of dollars in over charges from government contractor Halliburton, using the Department of Justice as the Revenge Brigade of the Republican Party and staffing it with no nothing ideologically pure appointees, $60 billion in Medicare fraud by people like conservative governor Rick Scott ( his crimes didn’t prevent Republicans from voting for him), heck of a job Michael DeWayne Brown – the incompetent party loyalists appointed to FEMA – and his subsequent bungling of the Katrina response and the failure to get Bin laden. No, forget about that America, this is the new improved conservatism with twice the vitamins and stain fighting power of other brands. This field of Republican presidential candidates, it is my belief anyway, will create a different path, they’ll blow the top off a mountain to create a new path to the same old place – Pottersville. Bad governance is a deeper part of conservative DNA than a prehensile tail is to a opossum.

Obama is defending a tradition that sees government as an essential actor in the nation’s economy, a guarantor of fair rules of competition, a countervailing force against excessive private power, a check on the inequalities that capitalism can produce, and an instrument that can open opportunity for those born without great advantages.

For whatever reasons Obama is a protector of the status quo – though he might be the progressive-lite president he was in 2009 if he had a Democratic majority in the House and a few more seats in the Senate. Without those essentials, with Republican obstructionism in both houses, expect to keep losing ground. With any conservative in the White House expect the race to the bottom for the middle-class to accelerate. If that seems like thin gruel to get out and vote for Obama, think of two things: The incredible damage done by right-wing Republican governors after the 2010 mid-terms and does anyone really want another Antonin Scalia or Clarence Thomas on the SCOTUS.

Obama will thus be the conservative in 2012, in the truest sense of that word. He is the candidate defending the modestly redistributive and regulatory government the country has relied on since the New Deal, and that neither Ronald Reagan nor George W. Bush dismantled. The rhetoric of the 2012 Republicans suggests they want to go far beyond where Reagan or Bush ever went.

The redistributing income game is one moderate sober-minded Americans can win. Unless you’re in your teens you know that markets are neither perfect or rational. Programs like Medicare, Medicaid and Social Security are very modest steps the average American takes to protect themselves from market forces and private sector corruption. It’s not radical to fight for that safety net, it is wildly radical to try to dismantle it. As far as America’s total Gross Domestic Product goes, most of that pie is redistributed to the wealthy to reward them for being wealthy. When they are not taking the wealth created by the American worker, the conservative movement and their media puppets are attacking them with propaganda –  The Year Of The Right-Wing Media’s War On The American Worker

And America is still waiting for any actual member of the press to do their job and challenge Romney on his increasing recurring and casually made lies.

Republicans Come Out of the Closet, They Just Don’t Like Anyone Having Sex, Unless its With Them

In 2011 America’s right wing, and especially the Christian right wing, at last let slip what their problem is with contraception and abortion: it’s not squeamishness, morality or a fondness for hanging outside Planned Parenthood clinics toting misspelt placards – they just don’t like women having sex. At all. As Amanda Marcotte wrote this week, in 2011 the anti-choice movement “stopped trying so hard to manage mainstream perceptions of themselves as somehow just great lovers of fetal life, and are coming out with their anti-sex agenda”. This was borne out in their frankly unhinged attacks on Planned Parenthood, the HPV vaccine, insurance coverage of contraception and, as I discussed last week, the puritanical mood they created that encouraged President Obama to restrict access to Plan B, or the morning-after pill, none of which have much to do with abortion and everything to do with women’s temerity to have sex.

I apologize for sounding like a David Brookes column, but conservatives have tapped into a universal human quirk. Most people find everyone’s sex life, but theirs, weird or disgusting. Most of us deal with that by not thinking about it. Conservatives want the government deeply and inextricably involved in your disgusting sex life. The kinky part is they want to collect a government salary, medical benefits and use government issue binoculars while they do.

I named a tree stump after The National Review’s Rich Lowry. This gives you an idea of why he so deserved that honor – “We Don’t Have Our ‘A Team’ on the Field”

Speaking of discontent with the Republican field, I talked the other day to a pretty prominent conservative officeholder who’s constantly been discussing with people around the country the possibility of a new entrant or a push to draft someone. But who? One name he mentioned is Bobby Jindal, who is extremely knowledge, a favorite of conservatives, and has executive experience.

This field of candidates is not their A Team? As a matter of fact this field is the perfect representation of the conservative movement: clueless, greedy, hypocritical, serial liars, white on color racism, color on white racism, right-wing Christianists who pretend that Jesus Beatitudes don’t exist, creepy other women’s womb obsessed zealots, Wall Street sycophants, pinstriped con men, adulterers, insecure twits obsessed with power, people with no ideas and not enough wisdom to hire people who, the disconnected elite, the verbal bombers of progress, manglers of history, snake oil selling grifters and Republi-tarian weirdos. Oh yea, they need Super Jindal to the rescue. The Governor of Louisiana who thinks lower cigarette taxes are more important than lower tuition. Who makes speeches that seem like you’re being lectured to by the forgotten brother of the Three Stooges.

A Dispute Over Who Owns a Twitter Account Goes to Court. If you open any kind of social media account and sometimes use it for work, make sure it is understood by all parties involved who that account belongs to.

Best videos of 2011: 3D-printed plane takes flight. Remarkably good flyer. I went through that phase when I was a kid with my friends about who could make the best paper plane, whose plane could fly furthest and who’s could do the best loops.