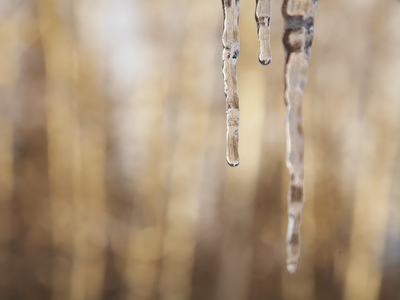 Over at Rupert Murdoch’s anti-American propaganda channel Fox News Neil Cavuto pretends that Donald Trump is a great example of meritocracy at work. Neil has always been something of a doormat for extreme right-wing views of the economy. He smiles a lot. Like snake-oil salesmen of old he tries to make the public believe that his show is not a parade of falsehoods and distortions. Perhaps some psychologists could explain why he takes such pleasure in screwing over his country and having so much fun while doing so – Cavuto Gushes Over Trump’s Business Record – And Ignores The Four Bankruptcies

Neil Cavuto devoted his “Common Sense” editorial segment Friday (2/3/12) to Donald Trump. As if there weren’t enough Trump trumpeting on Fox already. But in this case, Cavuto – Fox’s senior vice president of Business News – called Trump “a hell of a businessman” yet avoided mentioning the four bankruptcies he or his businesses have filed.

”I admit I am biased here,” Cavuto said about his affection for Trump – as if we would never have noticed! “I like Donald Trump,” Cavuto continued, “…. I like his guts, I like how he’s come back from the brink, I like how he keeps score, and does things big, and never forgets a slight.”

Trump is another nutter born to a wealthy family who sent him to the Wharton School of Business. Trump has taken his daddy’s money, lost it several times, and using bankruptcy ( corporate not personal),  lawsuits and personal contacts always managed to not pay for his failures. If Neil had called Trump a poster boy for conservatism I would agree.

I’m always suspicious of job numbers myself. Once you stop working and stop collecting unemployment you become part of the mass of people estimated to either be out there looking for work and have given up. To speak in those general terms is fine around the kitchen table, but if you have your own radio TV program, or write a conservative blog that is supposed to be compensating for that mythical liberal media, you are – if ethics matter – supposed to produce some actual proof that you know what you’re talking about – Right-Wing Media Rely On Discredited Evidence To Dismiss Positive Jobs Report

This is how two kool-aid drinkers with all the integrity of a cockroach reported it,

Rush Limbaugh Cited The 1.2 Million Number To Argue That The Jobs Report Is “Corrupt.” On his radio show, Rush Limbaugh cited Zero Hedge and claimed that “1.2 million people dropped out of the labor force in one month” to argue that the jobs numbers report is as “corrupt as it can be.” [Premiere Radio Networks, The Rush Limbaugh Show, 2/3/12]

Drug addict Limbaugh can always claim he was in a drug induced stupor, Hannity will just have to own up to having the brains of a hand full of dirt.

So today following an otherwise pretty darn good jobs report, we get the usual perma-pessimists at Zero Hedge and Rick Santelli over at CNBC proclaiming that the report showed a drop of over 1 million people from the labor force in one month. Of course, as ususal, both Santelli and Zero Hedge have a real reading comprehension problem and completely missed that this million+ people isn’t some new January phenomenon, but a result of the BLS using the 2010 census data to have more accurate data. In other words, the changes in the Household Survey to the various measures had taken place over the years prior to 2010, but for simplicity’s sake, the BLS incorporates these changes into one month (which they clearly point out).

Most economists agree there was a net increase in employment. That in no way means we’re we would all like to be – except conservatives who would like the economy to stay in the tank as long as possible – Manufacturing jobs start year with strong gains

So far, the nation’s factories are defying the gloomy forecasts, adding 50,000 jobs in January — their strongest showing in a year — on top of 32,000 in December, the Labor Department said Friday. Overall, employers added 243,000 jobs in January, the most in nine months.

Manufacturing was the second-biggest gainer, behind professional and business services.

Economists don’t expect such robust advances to be sustained the entire year, but there are other signs that manufacturing activity could pick up more than many expected.

For example, the Institute for Supply Management said last week that growth in new factory orders rose to a nine-month high in January.

“There’s reason to be optimistic,” says Mark Zandi, chief economist at Moody’s Analytics. Zandi had predicted manufacturing employment would be flat this year, but now estimates payrolls will rise by about 250,000 — the industry’s third-straight annual increase after years of steady declines.

That jobs report – as supposedly as terrible as it is according to the conservative peanut gallery – marked the beginning of Whiplash season – the economy is in bad shape, but no its in good shape and Republicans are taking credit –

Virginia Gov. Bob McDonnell is supposedly near the top of Mitt Romney’s list of poential running-mates, and you can sorta understand why: he’s the reasonably popular governor of a state Barack Obama carried in 2008, and also has deep connections to the Christian Right, which is not exactly Mitt’s base in the GOP.

But if his remarks on CNN yesterday are any indication, McDonnell needs a little remedial education in economics:

“I’m glad the economy is starting to recover, but I think it’s because of what Republican governors are doing in their states, not because of the president,” McDonnell said on CNN’s “State of the Union with Candy Crowley.”

McDonnell did not elaborate on what the governors have done.

The quasi-magical belief that governors can have a huge impact on economic developments has always puzzled me, but in McDonnell’s case, it is particularly strange and even ironic, since his state’s relatively robust condition clearly depends on its huge federal government presence …( my note  – D.C. and Texas have the largest number of federal employees in the nation)

So the conservative governor of Virginia is saying things are looking good, which means that Limbaugh and Hannity are wrong or someone is lying. Remember that whole stimulus thing – the one that all conservatives still say did not work, but which Republican governors scrambled to get funds and take credit for work projects. That economic schizophrenia continues in the presidential race – the stimulus did work, it did not, conservatives take credit, Obama had nothing to do with three years of steady growth. Republicans Return to Taking Credit for Improving Economy

Despite a mountain of data and the overwhelming consensus of economists – including John McCain’s 2008 brain trust – that President Obama’s policies saved the American economy from calamity and made recovery possible, Republicans claimed exactly the opposite. As one study after another debunked GOP myths about supposed “job creators”, “uncertainty”, “job-killing regulations” and responsibility for the debt ceiling crisis, the conservative chorus sang as one.

For months, Mitt Romney repeated his long-ago debunked claim that President Obama “did not cause this recession, but he made it worse.” Speaker John Boehner regurgitated that point five times during his State of the Union pre-buttal on Fox News Sunday before concluding afterwards that Obama’s “policies are making our economy worse.” And in his official Republican response, Indiana Governor Mitch Daniels declared President Obama “has held back rather than sped economic recovery” and “cannot claim that the last three years have made things anything but worse.”

Then the January 2012 jobs report came out. Once again, the Republicans changed their tune.

February 2012: Republicans Declare “We Can Do Better”

“Unfortunately, these numbers cannot hide the fact that President Obama’s policies have prevented a true economic recovery. We can do better.” 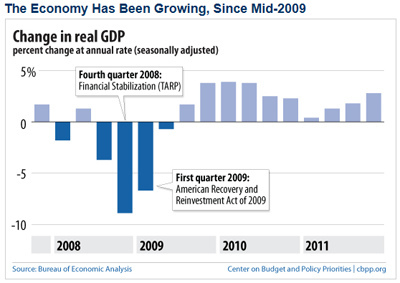 While the hard-core culture warriors on the right are scrambling to make a point – by siding with the corrupt clown Rick Santorum, the election continues to be mostly about the economy. Should the nation go full speed reverse for the Bush-Cheney policies that all the candidates promise to double down on, or should we make progress. This is another issue for the psychologists, I cannot understand why working class Americans, people who collect a paycheck every two weeks with incomes under the national median household income of $50k would vote for a Romney, Gingrich or Santorum who plans to make them pay for the nation’s debt. They seem to believe that raising taxes on top income earners by 4% would somehow mean the collapse of western civilization. They have no rational reason to pay the nation’s bills for millionaires like John McCain who doesn’t even track what a gallon of gas cost. Romney is a vulture capitalist who couldn’t relate to the economic concerns of the middle-class or working poor if one of his mansions depended on it. Gingrich and Santorum are right-wing welfare circuit do-nothings.