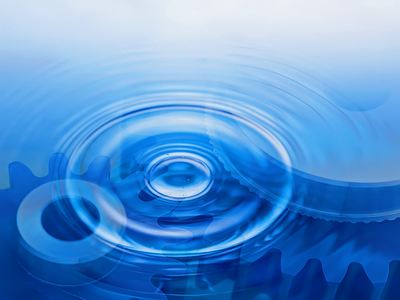 Scalia Says Court Can’t Be Bothered To Read Obamacare: ‘You Really Want Us To Go Through These 2,700 Pages?’ Scalia did make the point that the justice’s law clerk’s would have read the whole thing. That is generally how the court works. Though in this case one and other cases where the court might be about to set a precedent, Scalia would have made an exceptions and been less smart-ass about not reading it. One of the stables of the blogs of Wingnuttia and conservatives news outlets is the column which bemoans the lack of proper behavior or decorum by some Democrat. These are always substancless pieces of hackery which are ripe for snark, but lacking in any actual facts. Scalia provides an example of how conservatives might want to take a long look at their behavior and respect for decorum before they spew forth another 500 words of bald-faced hypocrisy. Sclaia and the other conservative justices, with the possible exception of Kennedy, should also have felt some legal and moral obligation to do some rudimentary research on the health insurance industry and how it operates ( I somewhat disagree that Obama’s Solicitor General does not understand. He seems to want to make his well rehearsed argument and is thrown off by the court’s questions.) Misunderstanding insurance risk pooling at the oral argument

At this point, Kennedy, the ostensible swing vote, interrupted to ask about the “heavy burden of justification” when “you are changing the relation of the individual to the government.”  Not a good sign.

A bit later, Scalia mistakes economies of scale for insurance pooling in his “car mandate hypo,” but the SG misses it entirely and mistakenly denies the risk pooling argument:

GENERAL VERRILLI: That is not what we’re saying, Justice Scalia.

JUSTICE SCALIA: That’s not — that’s not what you’re saying.

GENERAL VERRILLI: That’s not — not -­

JUSTICE SCALIA: I thought it was. I thought you’re saying other people are going to have to pay more for insurance because you’re not buying it.

GENERAL VERRILLI: No. It’s because you’re going — in the health care market, you’re going into the market without the ability to pay for what you get, getting the health care service anyway as a result of the social norms that allow — that — to which we’ve obligated ourselves so that people get health care.

JUSTICE SCALIA: Well, don’t obligate yourself to that. Why — you know?

Note the “let them die” defense proposed by Scalia. More importantly, the SG failed to point out the key difference between a car mandate and a health insurance mandate:  car mandates and broccoli mandates lower prices through production scale effects, if at all.  Health insurance mandates are not based on scale, but on risk pooling – having healthy people in the pool lowers the average cost. That’s a clear limiting principle.  (See also Austin’s limiting principle for the broccoli mandate).

Sotomayor was the next Democrat trying to help the government. She clearly outlined the arguments for the SG, but he responded only with adverse selection:

JUSTICE SOTOMAYOR: General, I see or have seen three strands of arguments in your briefs, and one of them is echoed today. The first strand that I’ve seen is that Congress can pass any necessary laws to effect those powers within its rights, i.e., because it made a decision that to effect — to effect mandatory issuance of insurance, that it could also obligate the mandatory purchase of it. The second strand I see is self-insurance affects the market; and so, the government can regulate those who self-insure. And the third argument — and I see all of them as different — is that what the government is doing — and I think it’s the argument you’re making today — that what the — what the government is saying is if you pay for — if you use health services, you have to pay with insurance, because only insurance will guarantee that whatever need for health care that you have will be covered, because virtually no one, perhaps with the exception of 1 percent of the population, can afford the massive cost if the unexpected happens. This third argument seems to be saying what we’re regulating is health care, and when you go for health services, you have to pay for insurance, and since insurance won’t issue at the moment that you consume the product, we can reasonably, necessarily tell you to buy it ahead of time, because you can’t buy it at the moment that you need it. Is that — which of these three is your argument? Are all of them your argument? I’m just not sure what the -­

Whatever one may think about the intelligence of conservatives in general, lawyers who become judges who become SCOTUS Justices must have some legal skills. So it is bizarre that Scalia either does not know the difference between economies of scale in regards hard goods and health care insurance risk pools. Either he does not know the difference, unforgivable in a Justice, or he is pretending not to know – also unforgivable.

I didn’t want to get too much into the deliberations, I just find the general behavior and shallow knowledge of the conservative Justices jaw dropping. Scalia believes the “Cornhusker” mandate was in the final bill ( That was where Nebraska’s Medicaid would have been prefunded for decades). For those who are really into the wonky aspects of the current Affordable Care debate and the history of judicial conservatism, this is a good read – Conservative Judicial Activists Run Amok

The only thing Rosen truly failed to anticipate in his piece was how quickly Republican judges would pivot from impassioned defenses of judicial restraint to judicial activism when the opportunity arose to deploy it in their party’s behalf.

There is an interview with George Zimmerman’s father here – EXCLUSIVE: Robert Zimmerman interview. I feel very badly for the man. he is retired, he loves his son. Of course he is going to defend him and believe his son’s version of events. How many times have we had high-profile crimes in which parents plead their children’s innocence or if clearly guilty plead extenuating circumstances. Shame on anyone giving the senior Mr. Zimmerman a hard time.

“It’s my understanding that Trayvon Martin got on top of him and just started beating him,” the 64-year-old Robert Zimmerman said.

[   ]…”He went to the next street, realized where he was and was walking to his vehicle. It’s my understanding, at that point, Trayvon Martin walked up to him and asked him, ‘Do you have a [expletive] problem?’ George said, ‘No, I don’t have a problem,’ and started to reach for his cell phone…  at that point, he (Martin) was punching him in the nose, his nose was broken and he was knocked to the concrete.”

Those two statements seem to be a big part of the problem, especially with the release of video with George arriving at the police station. No blood on his face or clothes, no broken nose and he does not look bruised or even disheveled in any way. Top 10 Holes in Zimmerman’s Account

No blood on his shirt from a shooting that allegedly occurred at close range, while Trayvon Martin was on top of him.
No signs of bruising, abrasions or even redness on his face. No signs of cuts on his head. No wounds on his allegedly broken nose.
No emergency room visit for a broken nose or anything else.
No torn clothes. No disheveled appearance. And possibly no dirt on his light grey shirt or red jacket.
No signs of trauma on Trayvon Martin’s hands.
No signs of agitation or stress after just having engaged in a fight for his life.
No explanation for how a scuffle that he says began beside his parked SUV meandered into the alley and ended with Trayvon dead in less than 1 minute.
No reason for Trayvon to attack him if Trayvon were afraid and had escaped him.
No reconciliation between Zimmerman’s account and the account of Trayvon’s girlfriend, who is now being called DeeDee. She was allegedly on the phone with Trayvon when he and Zimmerman first spoke.
No reason to continue following Trayvon after the 911 operator said “We don’t need you to do that.”

The funeral director has said that he found no bruises on Trayvon’s hands. For their own reasons the Right seems to want to make this  whole incident a trail by public opinion, smearing the name of the deceased in the process. Are there some nuts out there engaging in some reprehensible behavior. Absolutely. Conservative Dan Riehl is not exactly the go-to person to police other people’s behavior – Blame Palin? ‘Kill Zimmerman’ Twitter Account Launched

Now the anger has taken a new twist, breaking out on Twitter with an account named “Kill Zimmerman.” It features an image of Zimmerman in crosshairs.

After the shooting of Gabrielle Giffords, a political ad associated with Palin and featuring a cross-hairs focused on Gifford’s District, the issue of the ad rose to the level of national debate. See ABC for more on that previous news. Perhaps they’ll blame Palin for this latest use of a cross-hairs, as well.

This was good news. It might not seem like something of imminent importance, but the long-term implications might make the difference in tipping the balance away from the head long dive into world plutocracy, A World Bank President Who’s Not a Crony or a War Criminal?

Kim has been lower-profile than Farmer. But there are some good signs that he will bring a very different perspective to the job of World Bank president than his predecessors. One is the fact that Kim is now drawing heat from the right for writing in a 2000 book, Dying for Growth, that “the quest for growth in GDP and corporate profits has in fact worsened the lives of millions of women and men.”

Jim Yong Kim might not be a progressive’s dream, but he is certainly an improvement over Bush appointee Paul Wolfowitz. Wolfowitz, as some may remember, was the Deputy Secretary of Defense under Bush and one of the architects of the Iraq invasion. As was the Bush and general conservative tendency, having totally screwed the country over, Wolfowitz was rewarded with a promotion. Wolfowitz went on to create a nice little series of scandals at the World Bank . After which he was shamed into living in exile, or he went on to being rewarded once again with some nice wing-nut welfare at the American Enterprise Institute. I have to admit that being a conservative has its advantages. You literally cannot screw up badly enough to being forced out of the club. No matter how low your character – you can dodge the draft claiming to have an anal cyst. You can be a drug addict that makes your maid go doctor shopping. You can be as low in character and moral courage as the fungus growing on a rat’s ass and you’ll actually be rewarded – Limbaugh sees heat over comments turn down to a simmer. His advertisers are slowly going back to his show.

If you read a little about the history of American art you find that from early on, American artists tried to establish a uniquely American identity. Not just an extension of European tradition. William Michael Harnett (August 10, 1848 – October 29, 1892) was an Irish-American painter who was among the first wave on truly American artists. He was known for his trompe l’oeil ( nearly photographic realism) still lifes of ordinary objects.

There is also a good video here from the National Gallery of Art in Washington, D.C. William Michael Harnett’s trompe-l’oeil painting “The Old Violin” 1886