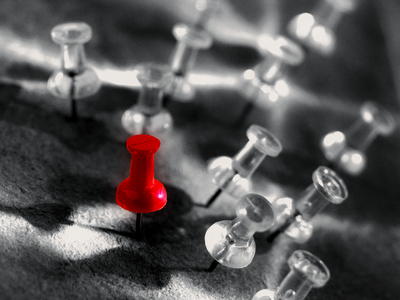 Back in January Mittens said,

Also from Romney just this past March,

Romney says rely on business; not government, to fix economy

Republican presidential candidate Mitt Romney said during an appearance in Cleveland on Friday evening that he would rely on America’s entrepreneurial spirit — not government guidance — to reinvigorate the national economy.

Presumptive Republican presidential nominee Mitt Romney rolled out a new accessory at a speech in Ohio today, delivering his remarks in front of a black banner that said “Obama Isn’t Working,” which is also the name of a website his campaign set up several months ago (in case you didn’t get the message from the banner, it was also on the front of Romney’s podium).

[   ]…When I first saw the banner this afternoon, the multiple meanings were clear: President Obama‘s policies aren’t working, the Obama presidency isn’t working, President Obama…isn’t working, as in, doing any work. That’s not a nice thing to say about any president, but like it or not, it becomes a more loaded accusation when leveled at our first black president.

Just to be sure it wasn’t just me, though, I asked several friends about the banner, and four out of four pointed out, unprompted, the stereotype of the “lazy,” “shiftless” black man. One of the people I called was cable news fixture Goldie Taylor, who, upon hearing my description of the banner, said “Are you kidding me? You have got to be kidding me.”

She also noted the multiple meanings, and the unmistakable stereotype it evokes, but didn’t think it was intentional. “That’s what happens when you don’t surround yourself with a diverse array of people,” she said. “Maybe if Mitt Romney’s experience was more diverse, or the people he surrounds himself with, somebody would have looked at that banner and realized how it could be offensive to some people.”

I think that banner is indicative of the detached clueless nature of Mitt Romney and his staff ( it is even a rip off of a Margaret Thatcher banner) more than racism. That said let’s look at Romney and the fairy tale version of reality he is trying to sell voters. Whatever President Obama is doing is working:

The economy has grown every year of the Obama administration. If Mittens wants to run the typical conservative Republican campaign of falsehoods, distortions and half-truths he can do that. Though it will be more proof that conservative cannot run for office or govern based on facts and reality. They’re like some old school door to door salesman that has a bottle of magic elixir that will cure-all your ills, only every time America buys a bottle of conservative snake oil we have economic calamity. Nixon gave us the Nixon recession. Reagan gave us the his very own recession. In terms of severity  there is The Great Depression – caused by a conservative, our current Great Recession – caused by an accumulation of four decades of conservative economic policies that deregulated banking and Wall Street, and lastly the 3rd worse, Reagan’s recession – the one where he seized the Savings and Loans. Reagan and the conservative movement learned next to nothing from that experience. They were as determined as ever to deregulate and allow the creation of an oligopoly banking elite that was too big to fail. In he conservative tradition of being political ostriches, the conservative movement and Romney have learned nothing from The Great Recession – because they have decided on the Pravda-like narrative that it was all Freddie Mac and Barney Frank’s fault. That is unless you kept track of the conservative primaries when conservatives went off message and blamed each other – GOP candidates trade blame for housing collapse

Gingrich, a former House speaker, charged Thursday that Romney has been profiting from Florida’s foreclosure rate — which is three times higher than the national average — because the former Massachusetts governor invested in Goldman Sachs, the Wall Street giant that was targeted for misconduct in processing housing foreclosures.

[  ]….”These government-sponsored enemies in the case of Freddie Mac and Fannie Mae are a large reason our housing crisis has occurred,” Romney told a crowd of Floridians gathered in front of a foreclosed home in Lehigh Acres, Fla. “I am running against a guy in this primary, who was out working for one of these guys, Freddie Mac.”

Romney wants to “reinvigorate’ something or other in the private sector. The private sector is doing very well.  As of March 2012 business profit margins are up to pre recession levels – 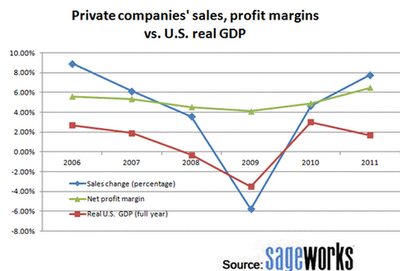 Being a conservative Romney comes with one of those strings that when pulled repeats some phrase over and over again – he wants to cut taxes because, ah-ha, it is high taxes that are stopping growth – Taxes on income are the lowest they have been since the 1950s and while the official corporate tax rate is high in comparison to some other countries, most corporations are not paying the same tax rate as a head nurse – Apple And Other Tech Companies Make Billions But Pay Lower Taxes Than Middle Class Families

Romney has never cared about creating jobs. Bain Capital operated according to the crony capitalist conservative playbook. They made profits regardless of whether they drove the companies they bought and gutted – American Parasite: Romney’s Bain Represents Capitalism’s Worst

At the time, Mitt Romney had been running Bain Capital since 1984, minting a reputation as a prince of private investment. A future prospectus by Deutsche Bank would reveal that by the time he left in 1999, Bain had averaged a shimmering 88 percent annual return on investment. Romney would use that success to launch his political career.

His specialty was flipping companies — or what he often calls “creative destruction.” It’s the age-old theory that the new must constantly attack the old to bring efficiency to the economy, even if some are destroyed along the way. In other words, people like Romney are the wolves, culling the herd of the weak and infirm.

His formula was simple: Bain would purchase a firm with little money down, then begin extracting huge management fees and paying Romney and his investors enormous dividends.

The result was that previously profitable companies were now burdened with debt. But much like the Enron boys, Romney’s battery of MBAs fancied themselves the smartest guys in the room. It didn’t matter if a company manufactured bicycles or contact lenses; they were certain they could run it better than anyone else.

Bain would slash costs, jettison workers, reposition product lines and merge its new companies with other firms. With luck, they’d be able to dump the firm in a few years for millions more than they’d paid for it.

But the beauty of Romney’s thesis was that it really didn’t matter if the company succeeded. Since he was yanking out cash early and often, he would profit even if his targets collapsed.

Romney says he had a job. Only in the delusional mind of the entitled conservative could anyone consider what Romney did as a job. He leached off the backs of workers. The workers created the value, the capital that made any of those companies have value. Romney took their work, the value those workers created and through his special financial grinding machine sucked off the profits.

The AFL-CIO has released its CEO Paywatch with 2011 data. So how do CEOs stack up against ordinary workers? Well, the average CEO of a company on the S&P 500 Index earned 380 times the average American worker’s wage, with average CEO pay having increased 13.9 percent in 2011.

The Romney formula for the economy is the Regan formula, the Bush 41 and Bush 43 formula. The same old. The rich get richer because of increasing employee productivity and historically low taxes. How many times does America have to rinse and repeat with the same old voodoo supply side economics to realize the only people who never suffer are people like Romney. The Great Depression happened after years of crony capitalism (The Robber Barons) and deregulation. The formula always ends up giving the same results a median income America that pays for the shenanigans of the wealthy elite. For Two Economists, the Buffett Rule Is Just a Start

Both admire, even adore, the United States, they say, for its entrepreneurial drive, innovative spirit and, not least, its academic excellence: the two met while re-searchers in Cambridge, Mass. But both also express bewilderment over the current conversation about whether the wealthy, who have taken most of America’s income gains over the last 30 years, should be paying higher taxes.

As much as Mr. Piketty’s and Mr. Saez’s work has informed the national debate over earnings and fairness, their proposed corrective remains far outside the bounds of polite political conversation: much, much higher top marginal tax rates on the rich, up to 50 percent, or 70 percent or even 90 percent, from the current top rate of 35 percent.

The two economists argue that even Democrats’ boldest plan to increase taxes on the wealthy — the Buffett Rule, a 30 percent minimum tax on earnings over $1 million — would do little to reverse the rich’s gains. Many of the Republican tax proposals on the table might increase income inequality, at least in the short term, according to William G. Gale of the Tax Policy Center and many other left-leaning and centrist economists.

Conservatives respond that high tax rates would stifle economic growth, at a minimum, and cause some businesses and high-income workers to flee to other countries. When top American tax rates were much higher, from the 1940s through the 1970s, businesses could not relocate as easily as they can now, say critics of Mr. Piketty and Mr. Saez.

“I materially disagree with the idea you can raise a marginal tax rate to 70 percent and not have an impact on economic growth,” said Ike Brannon, an economist at the American Action Forum. “It’s absurd on its face.”

But Mr. Piketty and Mr. Saez argue that history is on their side: Many countries have higher tax rates — and the United States has had higher tax rates — without stifling growth or encouraging the concentration of income in the hands of the very rich.

We’re all living the dream or nightmare of supply side economics. Conservatives like to warn us that any program that helps level the playing field so that more Americans have a shot at a real middle to upper middle-class income makes us more like Europe. The irony is that we’re like 17th century Europe with the kings, Dukes and Duchesses having not just all the fruits of American labor, but all the power as well. Romney would simply be another King like Bush 43.