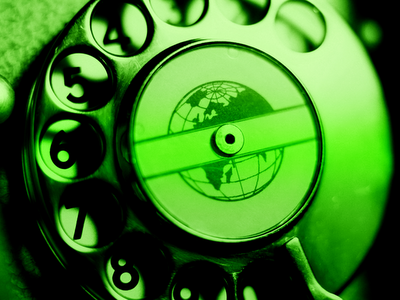 Posner is one of a small minority on the intellectual right who have responded to the economic crisis by changing their view of the world, rather than by finding more and more absurd defenses of the indefensible. There must be quite a few others who realise they have backed the wrong  horse, but have chosen to remain quiet rather than making an open break.

Second, the terms of his attack on the US Republican party are scathing by any standards, but particularly for a professor and Federal judge, talking about his own erstwhile allies. His discussion is peppered with terms like “goofy”, “crackpot” and “lunatic”. That’s a pretty fair description of the US right these days, but it’s still not commonly heard on NPR.

The far Right and Democrats both have the occasional internal critic and generally too much is made of it. Oh look one their own says they’re wrong. Certainly to be expected among liberals since they have the larger tent. In the U.S. Senate alone we have super moderates like Harry Reid (D-NV) and progressives like Al Franken(D-Minn), and  an assortment of ideological ranges between them. Posner was one of the ideological leaders. He spoke and conservatives listened. Not like the rank and file that cheer on the Ted Nugent-Sarah Palin just because of some knuckle dragging appeal. Conservatives listened to Posner because he had ideas and some justification for them – at least what passes for ideas in the conservative movement. Regardless of Posner or former Republican presidential candidate John Huntsman who also said he will not be attending the RNC convention or any convention until Republicans start addressing,” problem solving, inclusiveness, and a willingness to address the trust deficit,” there is a deeper issue at stake. While there are not many, there are a sizable minority of Republicans who feel the same way as Posner and Huntsman. Yet they cannot seem to do what would force change in their own party – form alliances with Democrats. It is not because Posner and Huntsman type conservatives cannot find plenty of common ground( Huntsman was an ambassador for the Obama administration) and there is probably little ideological light between say former Obama adviser Larry Summers and Posner. There seems to be some kind of psychological hurdle conservatives – even the few last remaining reasonable ones – that keep them from pushing for, including voting for Democrats and more moderate policies. There is some version of horse track psychology at work. They have always bet on the jockey with the red silks and always will regardless of how much pain they cause themselves. Now Posner and Huntsman are going to be fine in terms of their personal economics regardless, but it is amazing that so many median income conservatives have been convinced that billionaires, big multinational corporations and shadowy PACs have their best interests in mind. The half of the USA at the median income level and below are losing ground – have been for thirty years – even though Clinton slowed down the pace a bit. Some of them watch Fox News and read the right of center media and really believes the birther secret socialist nonsense. Others are willing to shoot themselves in the foot over single issues like abortion – why someone would sabotage their lives and their families by an obsession with what goes on in the uteruses of women they don’t even know has always impressed me as deeply strange. Still others see conservative leaders and pundits wrap insidious public policy in the flag and they actually buy that chicanery as patriotic. No wonder conservatives fight against education and for indoctrination at private “schools”. One of the biggest threats to right-wingerism is an informed and educated public.

Fanaticism is putting the agenda of conservatism before the best interests of the country, 5 Ways Republicans Have Sabotaged Job Growth

1. Filibustering the American Jobs Act. Last October, Senate Republicans killed a jobs bill proposed by President Obama that would have pumped $447 billion into the economy. Multiple economic analysts predicted the bill would add around two million jobs and hailed it as defense against a double-dip recession. The Congressional Budget Office also scored it as a net deficit reducer over ten years, and the American public supported the bill.

2. Stonewalling monetary stimulus. The Federal Reserve can do enormous good for a depressed economy through more aggressive monetary stimulus, and by tolerating a temporarily higher level of inflation. But with everything from Ron Paul’s anti-inflationary crusade to Rick Perry threatening to lynch Chairman Ben Bernanke, Republicans have browbeaten the Fed into not going down this path. Most damagingly, the GOP repeatedly held up President Obama’s nominations to the Federal Reserve Board during the critical months of the recession, leaving the board without the institutional clout it needed to help the economy.

3. Threatening a debt default. Even though the country didn’t actually hit its debt ceiling last summer, the Republican threat to default on the United States’ outstanding obligations was sufficient to spook financial markets and do real damage to the economy.

4. Cutting discretionary spending in the debt ceiling deal. The deal the GOP extracted as the price for avoiding default imposed around $900 billion in cuts over ten years. It included $30.5 billion in discretionary cuts in 2012 alone, costing the country 0.3 percent in economic growth and 323,000 jobs, according to estimates from the Economic Policy Institute. Starting in 2013, the deal will trigger another $1.2 trillion in cuts over ten years.

5. Cutting discretionary spending in the budget deal. While not as cataclysmic as the debt ceiling brinksmanship, Republicans also threatened a shutdown of the government in early 2011 if cuts were not made to that year’s budget. The deal they struck with the White House cut $38 billion from food stamps, health, education, law enforcement, and low-income programs among others, while sparing defense almost entirely.

None of this – NONE – was because of honest concerns about deficit spending. We know that because Republicans voted for the Paul Ryan (R-WI) budget twice and that budget actually increased the deficit.

Via here this is Mittens saying that he inherited a bad economy as governor – from his Republican predecessor by the way, Gov. Romney on Poor Job Growth in Massachusetts: ‘To Suggest That Somehow the Day I Got Elected, Jobs Should Have Immediately Turned Around, Well, That Would Be Silly’

[When] Romney himself was running a government, in his case the state of Massachusetts, he was even more defensive about his lack of control of the employment picture than Obama is today. A new video unearthed by the liberal research group American Bridge shows Romney at a press conference in June 2006 admonishing reporters on disappointing jobs data. “You guys are bright enough to look at the numbers. I came in and the jobs had been just falling right off a cliff, I came in and they kept falling for 11 months,” he explains.

“And if you are going to suggest to me that somehow the day I got elected, somehow jobs should have immediately turned around, well that would be silly. It takes awhile to get things turned around. We were in a recession, we were losing jobs every month,” he added.

Krugman on Romney and the daily delusions of a guy so out of touch he could be calling in his campaign from Mars, Off and Out With Mitt Romney

Consider one of Mr. Romney’s most famous remarks: “Corporations are people, my friend.” When the audience jeered, he elaborated: “Everything corporations earn ultimately goes to people. Where do you think it goes? Whose pockets? Whose pockets? People’s pockets.” This is undoubtedly true, once you take into account the pockets of, say, partners at Bain Capital (who, I hasten to add, are, indeed, people). But one of the main points of outsourcing is to ensure that as little as possible of what corporations earn goes into the pockets of the people who actually work for those corporations.

Why, for example, do many large companies now outsource cleaning and security to outside contractors? Surely the answer is, in large part, that outside contractors can hire cheap labor that isn’t represented by the union and can’t participate in the company health and retirement plans. And, sure enough, recent academic research finds that outsourced janitors and guards receive substantially lower wages and worse benefits than their in-house counterparts.

Just to be clear, outsourcing is only one source of the huge disconnect between a tiny elite and ordinary American workers, a disconnect that has been growing for more than 30 years. And Bain, in turn, was only one player in the growth of outsourcing. So Mitt Romney didn’t personally, single-handedly, destroy the middle-class society we used to have. He was, however, an enthusiastic and very well remunerated participant in the process of destruction; if Bain got involved with your company, one way or another, the odds were pretty good that even if your job survived you ended up with lower pay and diminished benefits.

There are many tools of a healthy economy which have been perverted by conservatism and triangulating Democrats that have gone along. One is the corporation. Say someone invents a machine for removing seeds from cotton. They could make one a month, sell it, than make another one. Or they could sell stock, rise capital, build a factory and make a lot of cotton gins. The inventor makes money, the cotton farmer makes more money, suppliers for bolts and wood make money, employees make money, shareholders make some money on their investment. Now we have corporations that take over other corporations – outsource, lay off people, cut salaries, charge exorbitant consultant fees ( like Bain did) or they just put on a fresh coat of paint, make a few changes that look good and sell off the new stripped down carcass for a profit. Little to no  innovation, morality, ethics or invention is required. It is the exploitation of a system. This is what conservatives think capitalism is. They’re doing more to damage the reputation of capitalism than all the imaginary socialists they see could ever do.

People are 3,615 times more likely to report a UFO sighting than they are to commit in-person voter impersonation, according to national data.

The striking statistic has surfaced at the same time as the news that a new voter ID law in Pennsylvania could render nearly 10 percent of the state’s residents ineligible to vote in the presidential election this fall.

A quote from the Philly link,

“Voter ID – which is going to allow Gov. Romney to win the state of Pennsylvania – done,” Turzai told the crowd, which burst into applause, as he listed legislative accomplishments under GOP control.

Like convincing some working class Americans to vote against their own rational self interests based on obsessive cultural issues, voter ID laws are about disempowering average Americans. The more control the financial elite like Romney have, the more America looks like a conservative plutocratic fantasy come true.