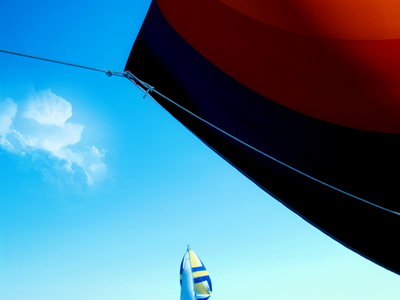 Some days in politics are just special. There is just more methane in the air or something, Romney Adviser: Obama Doesn’t Appreciate “Anglo-Saxon Heritage”

Just prior to Mitt Romney’s arrival in London, one of his advisers has revealed the shocking secret that President Obama is a black guy, telling the British newspaper The Daily Telegraph that Romney would have a better grasp of the relationship between Britain and the United States because, “We are part of an Anglo-Saxon heritage, and he feels that the special relationship is special. The White House didn’t fully appreciate the shared history we have.”

The advisers spoke on the condition of anonymity because “Romney’s campaign requested that they not criticise the President to foreign media” and also because even the dimmest surrogate must be embarrassed at having said “the special relationship is special,” a tautology that is tautological.

Since the advisers never explain how Romney’s policy towards Britain would differ from Obama’s, most have interpreted this remark as a racist “dogge hwistle,” just a tad more subtle than a World Net Daily feature. But in an era when politicians are falling over themselves to warn about the dangers of Iran and China, it’s nice that someone has the courage to stand up to the Jutes and the Frisians. Wait till the Romney administration is done with you, smug Danes, with your pickled herring and low Gini coefficient. I’m also looking forward to domestic policy improvements, such as a decline in incarceration rates when weregild replaces imprisonment.

There is a formal historian’s definition of Anglo-Saxon and a definition that has a popular culture aspect. Neither definition does Romney much good, Anglo-Saxons

The term Anglo-Saxon is used by some historians to designate the Germanic tribes who invaded and settled the south and east of Britain beginning in the early 5th century and the period from their creation of the English nation up to the Norman conquest. The Anglo-Saxon era denotes the period of English history between about 550 and 1066.

Then there is the disambiguation, White Anglo-Saxon Protestant

The first definition of the term was provided by political scientist Andrew Hacker in 1957, although it was already used as common terminology among sociologists:

“They are ‘WASPs’—in the cocktail party jargon of the sociologists. That is, they are wealthy, they are Anglo-Saxon in origin, and they are Protestants (and disproportionately Episcopalian). To their Waspishness should be added the tendency to be located on the eastern seaboard or around San Francisco, to be prep school and Ivy League educated, and to be possessed of inherited wealth.”

The term was popularized by sociologist and University of Pennsylvania professor E. Digby Baltzell in his 1964 book The Protestant Establishment: Aristocracy and Caste in America. Baltzell stressed the closed or caste-like characteristic of the group, arguing, “There is a crisis in American leadership in the middle of the twentieth century that is partly due, I think, to the declining authority of an establishment which is now based on an increasingly castelike White-Anglo Saxon-Protestant (WASP) upper class.

Besides the indigenous population of Native Americans, the USA is composed of African-Americans, Pacific Islanders, Latinos ( some people use the word Hispanics), Asians and assorted other groups. As that link notes Barack Obama’s mother is actually closer in blood relations to Anglo-Saxons than Romney since she was descended from Pilgrims who founded Plymouth Massachusetts. Yet some how Obama is always portrayed by conservatives as the other. Obama has an very strong resemblance to his white grandfather. Which I point out because it screws with the stereotyping some people do with race. Romney does have strong foreign policies credentials of a sort – he has bank accounts in at least two foreign countries to evade taxes. Which according To Fox News is UnAmerican. That is not all the specialness today. As if on cue,  Romney Bundler A Registered Foreign Agent For Hong Kong

Newly released lobbyist bundler disclosure records filed by the Mitt Romney campaign show that Tom Loeffler raised at least $17,500 in bundled contributions for the campaign over the first six months of 2012. Loeffler, a former Republican U.S. Representative from Texas and a lobbyist at Akin Gump represents a wide array domestic clients including USAA, NextgenID, and the Texas Association for Home Care & Hospice. But a ThinkProgress review of Foreign Agent Registration Act reveals that Loeffler registered in February as a registered agent for a foreign government: the Hong Kong Trade Development Council (HKTDC).

The agreement — signed by Loeffler — stipulated that, from February 13 through June 30, 2012, he would “protect, promote, assist and develop Hong King’s economic and trade interests in the United States of America” by working with Congress and the executive branch. In exchange, the HKTDC agreed to pay Akin Gum $35,775 per month. The Romney bundling all took place during the time Loeffler was under this initial contract, though it is unclear whether the contract was renewed at the end of June.

Loeffler has a long history of raising money for Republican presidential candidates. In 2008, Loeffler stepped down from his position as a national finance co-chair for John McCain’s campaign when Newsweek discovered that he had lobbied on behalf of Saudi Arabia. But Romney’s campaign has welcomed him back into the campaign fundraising fold.

Romney’s campaign, while being highly critical of China and the Obama administration’s approach to it, has organized campaign fundraising events in Hong Kong for U.S. citizens living there. He has also come under fire for apparently profiting from Bain investments in a company that provides surveillance cameras for the Chinese government to spy on its own citizens.

Loeffler is the second lobbyist bundler for the Romney campaign identified by ThinkProgress as a registered foreign agent: in January, the Romney campaign disclosed bundler Ignacio E. Sanchez — a registered foreign agent for both the United Arab Emirates and a birther presidential candidate in the Dominican Republic. Romney has not voluntarily disclosed the names of his campaign bundlers, but a 2007 law requires that federal candidates disclose the names of any registered lobbyists who bundle large amounts for their campaign.

By contrast, President Obama does not accept campaign contributions donated or bundled by federal lobbyists or foreign agents and has called for a ban on bundlers lobbying.

Normally the way this works is the kool-konservatives ignore any seedy or shadowy behavior by Republicans. Yet if they find a city Democratic councilman from Small Town, USA drinks Mexican beer the incident is pumped up to the status of national scandal. With Drudge, Breitbarf and Fox News echoing the story for days. The kool-konservatives have already rationalized the key points foreign agents _OK,  sales of surveillance equipment to oppressive countries – OK,  special interests money flowing through back channels – OK. A long way of noting that consistency as to what constitutes patriotic behavior is not only not the far Right’s strong point, but that rationalizing and extreme hypocrisy are the rule, not the occasional exception. These special moments bask in the racist glow of recent comments by Romney campaign co-chair John Sununu who said Obama didn’t understand the “American system” because he “spent his early years in Hawaii smoking something, spent the next set of years in Indonesia.” As I have mentioned before I come from a military family. Anyone one of them spent more of their lifetimes out of the USA than Barack Obama. Some of their kids went to “foreign” schools. So if this time of US soil is the new litmus tests there are probably quite a few vets and their families they could not make the conservative cut. Conservatives not just lazy about lying ( which I’ll get to) they are lazy about creating a coherent narrative about what they stand for. They seem to pull stuff out of wherever, warp it in the flag, drag God into it, and presto, conservative crap on a stick.

Throughout the election cycle, liberals have been shocked at just how “shameless,” as Kevin Drum put it this week, Mitt Romney’s campaign has been. It’s not just that Romney lies; it’s the quality of the lies, the indifference to any fact-checking, the insistence on continuing to use a lie long after it’s been definitively debunked.

I have a name for it, and an explanation. Call it lazy mendacity.

First, some examples are in order. Perhaps the most famous one is the Republican insistence that Barack Obama rejected the idea of “American exceptionalism” in a press conference – an interpretation that depended on yanking a quotation out of context. Bad enough to do it, but years later it’s not at all unusual to come across examples of Republicans still trotting out this one.

The out-of-context quote is a fruitful source of lazy mendacity, as can be seen in the latest campaign flap: Mitt Romney’s eagerness to use a snippet of a Barack Obama speech last week against him. No, Obama didn’t mean to say that people who build businesses didn’t actually build them (in context, as Dave Weigel makes totally clear, “didn’t build that” is about roads and bridges). But it gets worse: A few days into the story, Republicans then produced a video to support their version of the quote by selectively clipping out the context. Just think about that: They couldn’t possibly have thought that no one would notice, given that lots of people had already been pointing out the selective quote. And yet they did it anyway.

Some of the first commenters note that this tendency is not laziness, but an inherent quality of the sleazy conservative agenda. Well, both things can be true. It is part of the agenda to lie incessantly. The lies do not have to be complex lazy lies – because, well just read the comments at sites like Breitbart, Hot Air, Gateway Pundit. The Republican trolls will settle for any lie that confirms their sick twisted view of reality. Romney’s lies, Bush’s lies, Bill O’Reilly’s lies, or whoever, the ceaseless disinformation campaign via TV, direct mail, AM radio, Murdoch’s newspapers…is like conservative crack. It doesn’t have to be good quality crack, it just has to be delivered regularly.

“What we should probably do is go and split up investment banking from banking, have banks be deposit takers, have banks make commercial loans and real estate loans, have banks do something that’s not going to risk the taxpayer dollars, that’s not too big to fail,” Weill told CNBC’s “Squawk Box.”

He added: “If they want to hedge what they’re doing with their investments, let them do it in a way that’s going to be mark-to-market so they’re never going to be hit.”

He essentially called for the return of the Glass–Steagall Act, which imposed banking reforms that split banks from other financial institutions such as insurance companies.

“I’m suggesting that they be broken up so that the taxpayer will never be at risk, the depositors won’t be at risk, the leverage of the banks will be something reasonable, and the investment banks can do trading, they’re not subject to a Volker rule (the Volcker rule explained), they can make some mistakes, but they’ll have everything that clears with each other every single night so they can be mark-to-market,” Weill said.

While the chances are slim, if there is a Democratic majority in Congress in 2014, a Democrat will at least propose a new Glass–Steagall Act.

Post was good friends with the great American humorist Will Rogers. They does in the same plane crash in 1935. The Winnie Mae (pictured) was purchased from Post’s widow for $25,000. The United States Congress authorized the purchase on August 24, 1935, just nine days after Post’s death in Alaska. This video is worth a look if you can spare a few minutes: Wiley Post and Harold Gatty with Winnie Mae (Airplane) in 1931 and 1933