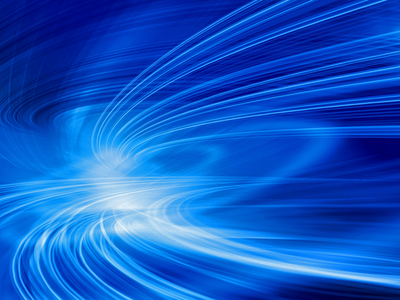 Every election cycle has a major theme or two. Sound bits and images that stick in our heads long after the exact details have faded away. There cycle has some themes that already stand out. One is the choice between the elitist crony corporatism of Mitt Romney, the special interests that support him, and the merit based capitalism of the Democrats. Republicans want to reward the wealthy because of their wealth – in the conservative mind wealth always equals virtue ( in the reality based community some are virtuous and many so so much). Conservatives start jumping up and down frantically waving their arms when someone steals an apple from a grocery ( that is a bad thing, but let’s have some perspective), yet think bankers and corporations steal trillions, when they bankrupt pension plans, when as David Brooks of the NYT said, go in an trim the fat off a company and send the jobs to Asia, that is all apple pie patriotism and everyone that dissents is a far left Marxist. That is how every malevolent political movement in history has worked. Talked the public into believing bad was good and good was bad. There are others, but one of the major themes or tactics of this cycle is the use by one of the major candidates of deceptively edited videos. With major media outlets joining in by either replaying those videos or creating deceptively edited videos of their own, New Romney Campaign Distortion: Falsely Claims Obama ‘Promised Today To Bail Out Every Industry’

The distortion comes from Obama’s speech in Pueblo, Colorado, touting his administration’s successful revival of the auto industry, which came back from the brink of collapse to add thousands of jobs and is now poised for its strongest sales since 2007. Obama said he wanted to help other flagging industries experience the same kind of success. Conservatives, however, are using the clip to make it sound like Obama wants to bail out every industry.

Here is what he actually said:

OBAMA: I said I believe in American workers, I believe in this American industry, and now the American auto industry has come roaring back and GM is number one again. So now I want to do the same thing with manufacturing jobs not just in the auto industry, but in every industry. I don’t want those jobs taking root in places like China. I want them taking root in places like Pueblo.

Just a few months ago, Romney tried to “take a lot of credit” for the auto industry’s rescue. Now, his campaign is warning against boosting similar prosperity in other industries that have suffered in the economic downturn.

Last week there was an editorial in the WaPo that said Romney should play up his faith more. I’m dubious that a shameless serial liar, that refuses to admit how deceptive and poisonous his attacks are would be much credit to the Mormon community. This is the second most blatant use of deceptively edited video by the candidate that WaPo thinks should run on his “values”.  Romney video deceptively edits Obama speech to make it sound anti-business. Obama said they did not build all the infrastructure it takes to have a business in the USA. He never said that individuals do not build their businesses. Never said it. Romney knows that. So it is not a lie of ignorance, the kind of ignorance from living in a bubble of conservative disinformation like the commenters at Republican web sites. It is a malicious piece of propaganda. There is also another completely dishonest ad that takes its talking points from proto-facist Matt Drudge: Bill Clinton Calls Mitt Romney Welfare Reform Ad ‘Especially Disappointing’. The Big Dog is understating not only a blatant falsehood, but Romney is once again pretending that welfare reform he was previously for and signed off on is now an awful thing to do. The Romney campaign staff seems to have a scorecard which awards more points for fitting a lie in with some blatant hypocrisy.

Romney is not on the propaganda videos bandwagon by himself. Conservatives have joined him: Fox Nation, right-wing blogs seize on heavily edited anti-abortion video to smear Planned Parenthood….. Fox Promotes Deceptive Ad Accusing Obama Of Taking All The Bin Laden Credit – There is no new gutter low for Fox News, Republicans and Mitt Romney, they are the gutter to which all spores and other forms of low life aspires……Bolling Uses Fox’s Deceptively Edited Obama Remarks To Claim “His Policies Are Socialist”  – As far as collectivism goes, with a concentrated group of special interests having such far ranching control over people’s lives, Republicans are much closer to being Marxists than Democrats. This was a nice trick. Have some video that they just can’t edit to make their future king look good, make believe it doesn’t exist, Fox Disappears Romney’s Attack On Teacher, Firefighter, And Police Hiring.

Anyone think that what happened in your life last week, last year, five years ago has any effect on your life today. Anyone ever watched one of the dozens of dramatizations of Charles Dickens A Christmas Carol. Most people think that past events affect our lives. Everyone, including Jon Stewart has jumped on the attack against Priorities USA and the steel worker featured in their ad Joe Soptic, a former employee at GST Steel in Kansas City, Kan. The HuffPo is one example, Mitt Romney, Bain Capital Targeted Over GST Steel Plant Closure In New Priorities USA Action Ad [UPDATE]. Let’s look at what Joe says in the ad and the timeline:

When Mitt Romney and Bain closed the plant, I lost my health care, and my family lost their health care. And a short time after that my wife became ill.

I don’t know how long she was sick, and I think maybe she didn’t say anything because she knew that we couldn’t afford the insurance. And then one day she became ill and I took her up to the Jackson County Hospital and admitted her for pneumonia. And that’s when they found the cancer, and by then it was stage four. It was, there was nothing they could do for her.

And she passed away in 22 days.

1994: Bain puts in $8 million dollars, one assumes for upgrades to aging equipment. Bain and GST issued $125 million in bonds and paid out $65 million in dividends — $36.1 million of which went to Bain. This is important because once again the kind of crony capitalism, Bain and Romney reap rewards without producing anything. Legal, yes, Sleazy, certainly.

1995: Bain merged the company with another in Georgetown, S.C., renaming the company GS Industries and issuing another $125 million in bonds, while also putting in another $16.5 of its own money or from the windfall it paid itself in 1994. Either way none of Romney or Bain’s money was at much risk. Market watchers saw this and thought wow, Bain seems genuinely interested in turned this company into a thriving enterprise.

2000-2001: GS Industries, deep in debt caused by Bain’s leverage of the company declared bankruptcy and eliminated 750 jobs — including Joe’s. Back up to 1997: Bain had promised to fully fund the pension fund of Joe and other employees as well as other benefits. They reneged on those promises. The U.S. Pension Benefit Guaranty Corp. later determined the company had severely underfunded its pension, and the federal agency covered the cost of basic pension payments. Gee, it looks like Bain and Romney benefited from gov’mint.

2002: Romney is still listed on legal documents filed with the SEC as Bain’s sole owner. Romney told the Boston Globe in what is now classic Romneyspeak, “I take personal responsibility for making the investment,But I didn’t manage these companies.” So even today he wants credit for making profits as a Robin Hood of capitalism, yet he is not to be held responsible for any company he leveraged tanking. Many an employee has been fired for speaking and acting like that, but Mitt Romney thinks he deserves the presidency.

2001: Joe loses his job at GS, along with hundreds of others. Now with bare minimum pension benefits and no health insurance. Steel workers – because of the physical and health hazards in the steel industry, probably had a very good health plan. Joe’s wife was employed and had health insurance at Savers, a local thrift store. I do not know the specifics of her policy, but I am familiar with trends in the benefits given to retail chain employees. Generally they are old school PPO policies. That is where you pay a deductible very year of an average of $500 and %20 of everything over that. Those polices also tend to have limits – $25k is common.

2002-2003: Joe says his wife lost her job around this time. So by this time period they no longer had Joe’s upper tear policy and did not have her bare bones policy. Joe’s wife Ranae Soptic, died in 2006. That is 5 years after Joe lost his better paying job ( he was making around $24k as a janitor). Romney, Romney sycophants and some liberals want o argue that what Romney did in a series of events in 1993 had absolutely nothing with the Soptic’s fear of seeking medical attention and the bills that might go with that. If Joe had his job through 2005, he and his wife might have felt financially secure enough to seek medical attention. So I am suggesting that a series of events started with some guys setting behind a desk with some financial figures, some spread sheet software and pursued profits with little thought to the human consequences. If Romney and others want to feel that Mrs. Soptic might have died anyway and emphasis that outcome over possible others, fine. It is possible, like real life and Dicken’s stories about greed and thoughtlessness, that actions have consequences. Maybe Romney did not see what he was doing had real life and death consequences. Some would even argue that high finance wheeler dealers such as Romney only have an obligation to make money, not to see the moral consequences of their actions. That is one point of view. Has anyone proven Joe is a liar or as the saying goes , pulling some kind of fast one. I do not see proof of that. Joe is looking back to 1993 and seeing when things, a good life, started to spin out of control. That is not a lie, that is a legitimate point of view.

I used dates and events supplied by The Boston Globe and Factcheck.org