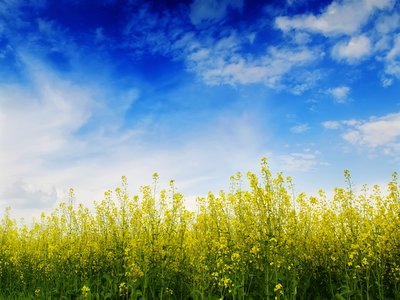 Some of you might want to skip today’s post since it is just a wonkier repeat of the last post about the Romney-Ryan-Medicare disinformation campaign. Getting the facts straight about Medicare are not just about Medicare. With new ads by Romney, Super PACs backing Romney and Republicans down ticket doing imitation ads that use the Romney attack ( the $700 billion dollar lie), conservatives are hoping for a couple of things. They hope to blunt the valid criticisms of Romney-Ryan plans that would gut Medicare as we know it. White seniors in particular tend to lean Republican by about ten percentage points. Republicans are very afraid that if voters start to see that Obama and Democrats are telling the truth about Medicare that could peel off a few percent of that senior vote. While Obama is currently ahead in polls, picking up just two or three percent more of the senior vote would mean the end of the Romney campaign. Between the bought and paid for TV pundits for Romney, the radio shills for Romney, the blogs and newspaper columnists the noise level of the far Right propaganda machine is at record levels. They’re afraid. Very afraid. The facts are not on their side. They hope to create enough confusion that they at least limit the damage. With Ryan on the ticket conservatives may have gotten their ideological hero of the moment, but in addition to threatening their chances at the presidency they have likely lost any chance they had of retaking the Senate and it is just barely possible they may lose their majority in the House. The latter depends on how well local Democrats are able to counter the $700 billion lie. Medicare Scare Ad Makes False Claim of Cuts for Seniors

“There are no reductions in the Medicare benefits promised in law,” said Gail Wilensky, who served as administrator of the Centers for Medicaid and Medicare under President George H.W. Bush and is a senior fellow at Project Hope, a health-research organization in Virginia. In a June 28 post FactCheck.org similarly concluded that the ACA “stipulates that guaranteed Medicare benefits won’t be reduced.”

How Obama and Democrats Helped Save Medicare. While part of a much longer analysis this chart comes from this mercifully short summary, Health Reform Strengthens Medicare, Doesn’t “Rob” It

The 2010 health reform law (the Affordable Care Act, or ACA) has significantly improved Medicare’s long-term financial outlook, as we have previously pointed out.  Recent claims that health reform “robs Medicare” and does not “shore up Medicare’s finances” are flatly false, as the recent report of the program’s trustees shows.

The Congressional Budget Office estimates that the ACA will reduce Medicare’s projected spending by $716 billion over the 2013-2023 period.  As John McDonough of Harvard’s School of Public Health explains:  “None of these reductions were financed by cuts to Medicare enrollees’ eligibility or benefits; benefits were improved in the ACA.  Cuts were focused on hospitals, health insurers, home health, and other providers.”

The words cut, cuts, savings, and costs are getting the Republican doublespeak treatment. Romney and all the ads say Obama cut $700 from Medicare. What Democrats did was cut waste, increased incentives for cost savings and built-in incentives for insurers and health care providers to be careful about cost overruns. If you are one to believe the river of conservative bilge pumped out everyday, you might be tempted to think, well saving money and increasing efficiency, isn’t that what conservatives say they stand for. According to Romney and  his surrogates, apparently not.

Because those cost savings aspects in Medicare are tied into Obamacare, for Romney to just return that $700 billion as he promises in his ads, he would have to get both Houses of Congress to repeal Obamacare and the changes to Medicare. Let’s say that Romney has those kinds of dictatorial powers. That means he would in fact add $700 billion to the cost of Medicare.

The trustees also find that the HI trust fund will remain solvent — that is, able to pay 100 percent of the costs of the hospital insurance coverage that Medicare provides — through 2024.  If health reform were fully repealed, however, as the House of Representatives has voted to do, the Centers for Medicare & Medicaid Services estimates that the Medicare hospital insurance program would become insolvent eight years earlier, in 2016.

What I’ve written thus far is the foundation of the issue. Romney is lying. Ryan is lying. Republicans down ticket, scared to death of Ryan’s radical plans and the effect on the senior vote are lying. I wonder about the Medicare conservative propaganda campaign in the larger framework of Republicans as the so-called party of values. It is not just Medicare, Social Security ( which Ryan and Romney have proposed privatizing and handing over to the professional thieves on Wall Street), Iraq, tax cuts creating jobs and ordinary working Americans should not have any labor rights. If you could cast some kind of birthday wish come true like the Jim Carrey character in Liar Liar, the conservative movement could not exist. The conservative movement rarely plays it straight with the American public. There are some exceptions. They really do hate government which is why they have no interest in or make any effort to better the governance of the nation or states. If they fail in their governance they don’t really lose – it’s see, government is bad. Except that is a lie as well. Romney used two businesses that rely on government contracts to stay in business in the deceptive editing of President Obama’s business speech. The Paul Ryan family built its fortune on tax payer funded projects. Romney received government subsides to make his fortune. Some of Romney’s first backers when he started Bain were associated with right-wing death squads in Latin America. Values? What values.

One way or another, Barack Obama, Paul Ryan and Mitt Romney all have supported the $700 billion in cuts to Medicare spending now in place under the Affordable Care Act.

But you wouldn’t know that by listening to the current debate.

The Romney-Ryan campaign in its latest TV ad assails Obama for approving the cuts in 2010. “Obama has cut $716 billion dollars from Medicare,” says the narrator. “The money you paid for your guaranteed health care…is going to a massive new government program that’s not for you.”

Voters might be left with the impression that Romney and Ryan have both opposed the cuts. The truth is that Ryan himself endorses them in his signature budget plan – the same plan Romney has said he would sign as president if it reached his desk.

His plan would in part repeal the entirety of the Affordable Care Act — except the reductions in Medicare spending now at the center of debate, according to analysts with the nonpartisan Kaiser Family Foundation.

Where Romney and Ryan find shelter for their new line of attack is in what they claim they’d do with the savings.  As the ad suggests, they don’t want the money to underwrite Obamacare, but for deficit reduction or other spending instead.

ABC lets them off the hook for the purely mythical savings of Obamacare repeal. That alone would add $230 billion to the deficit. Not to mention the millions of Americans that would suddenly lose their health care insurance because of the repeal of discrimination against preexisting conditions. Plus the added $700 billion in cost that Romney would add to the Medicare program and we’re darn close to Romney-Ryan costing the nation a little less than a trillion dollars. I’ve lost a lot of confidence in Politifact the last year, but since I have already verified the facts through other sources, kudos to them for getting this one mostly right, Ryan’s plan includes $700 billion in Medicare “cuts,” says Stephanie Cutter

Ryan’s idea is to eventually move Medicare toward private insurance companies by giving people a set amount to buy their own health insurance plans. The new system would be for people who are under age 55 now, and it would give them voucher-like credits to buy traditional fee-for-service Medicare or competing private insurance plans. (The credits are sometimes called “premium support.”)

Though House Republicans voted overwhelmingly for Ryan’s plan, polling shows public opinion is mixed, with older voters the most wary of the plan.

The Republican response to attacks on the Ryan plan has been to attack back, saying President Barack Obama has cut “$700 billion” out of Medicare. And the Democratic response to that: Well, Paul Ryan cuts that amount, too!

“You know, I heard Mitt Romney deride the $700 billion cuts in Medicare that the president achieved through health care reform,” Cutter said. “You know what those cuts are? It’s taking subsidies away from insurance companies, taking rebates away from prescription drug company. Is that what Mitt Romney wants to protect? And interestingly enough Paul Ryan protected those cuts in his budget.”

It is part of the Congressional Record(pdf) that Republicans in the House voted for Ryan the serial liar’s plan to gut Medicare.

Well, there are cuts and then there are CUTS. Neither Obama nor his health care law literally “cut” a dollar from the Medicare program’s budget.

Rather, the health care law instituted a number of changes to reduce the growth of Medicare costs. At the time the law was passed, those reductions amounted to $500 billion over the next 10 years.

What kind of spending reductions are we talking about? They were mainly aimed at insurance companies and hospitals, not beneficiaries. The law makes significant reductions to Medicare Advantage, a subset of Medicare plans run by private insurers. Medicare Advantage was started under President George W. Bush, and the idea was that competition among the private insurers would reduce costs. But in recent years the plans have actually cost more than traditional Medicare. So the health care law scales back the payments to private insurers.

Medicare Advantage was a kind of good idea. It was what is called a Medicare gap plan, paying for most of any cost that exceeded someone’s basic Medicare plan. The problem was that tax payers subsidized it and the private sector exploited the hell out of it. Seniors can still buy Medicare gap plans, they’re just no longer subsidized.

This is a good info-graphic from TPro that shows the absurdity of the Romney-Ryan attacks. Everything You Need To Know About Romney’s Dishonesty On Medicare

This week, the Romney/Ryan campaign has twisted itself into a pretzel attacking President Obama for “stealing” $716 billion from Medicare, while trying to explain why Paul Ryan included the savings in his FY 2013 budget.

The infographic below offers a rundown of the campaign’s contortions from Sunday’s proclamations that Romney would have signed the Ryan budget and its Medicare cuts into law, to Romney’s announcement on Tuesday that he would restore the Medicare savings that both Ryan and Obama supported:

The changing rhetoric also presents serious policy problems. Romney’s implied policy of steering clear of Medicare reductions would greatly complicate his goal of reducing all federal spending from 24 percent of the GDP to 20 percent by 2016, which would require unsustainable cuts to other government programs. His specific promise to restore the $716 billion will also backfire and shorten the life of the Medicare trust fund “toward the end of what would be his first term in office.” The campaign has not yet specified how it would extend its solvency.