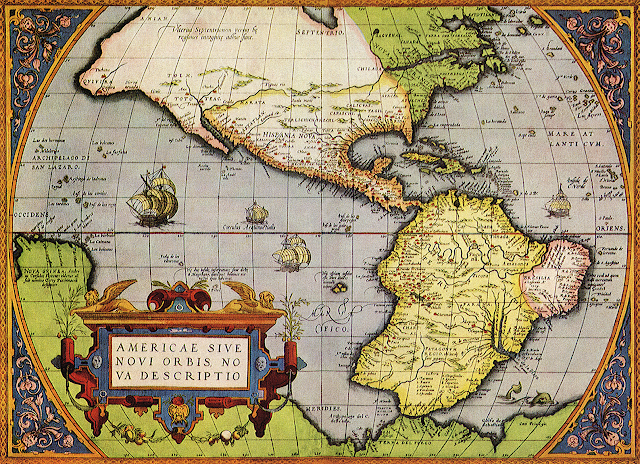 The Sequester: A Mental-Health Crisis

But the sword feels much sharper for families, advocates, and local officials who rely on government funding to treat and care for those with mental illness. Starting April 1, cuts to the Mental Health Block Grant program alone will deprive over 373,000 seriously mentally ill and seriously emotional disturbed children of services, according to a White House fact sheet. Experts also say that nearly 9,000 homeless people with serious mental illness won’t receive the outreach and social-work assistance offered by PATH, a vital federally funded program that helps 90,000 people a year to transition to permanent housing. The big picture for the crisis: Disoriented, suffering people may end up jailed, or resort to suicide because the wait for treatment is too long.

Conservatives are trying to have it both ways. They’re claiming that the cuts either do not matter, or there will be minimal consequences, yet just in case, they’re simultaneously busy trying to shift blame to President Obama. These cuts are going to hurt a lot of people and businesses. Though it is funny to watch conservatives conservatives peddling as fast as they can on their spin machine trying to make arguments that are the opposite of each other.

It’s a sign of how anxious the right wing is about the possibility that Ashley Judd might run for Senate against Minority Leader Mitch McConnell that the attacks on her have geared up before she’s even formally entered the race. There’s the American Crossroads ad trying to frame her as out of touch with a series of relatively anodyne and contextless quotations. And now, the Daily Caller, which has been trying to frame Judd’s feminist beliefs as fringe, has launched the stupidest salvo against her at all: arguing that Judd, because she has done nude scenes for her work as an actress, “has—literally—nothing left to show us.” In an exceptionally gross piece, Taylor Bigler, the Caller’s Entertainment Editor (Entertainment, in Caller parlance, apparently means surfing Mr. Skin and publishing clickbait trash gossip)

You knew this was coming. It is fine for conservatives such as Arnold Schwarzenegger, right-wing libertarian Bruce Willis and former Senator Scott Brown (R) to take take off their clothes, use profanity, be generally crude, smoke whatever they like on screen and conservatives cheer them on, without suddenly having an attack of Puritan self-righteous hypocrisy.

Mitt Romney Regrets His ‘47%’ Remarks And Then Essentially Reiterates Them

Mitt and Ann Romney were the only guests on Fox News Sunday today. During a mostly lapdog interview, Wallace asked a few tough questions, including about those infamous “47%” remarks – which Romney said he regretted. And yet he did not apologize to anyone he may have offended. Even more telling, when asked about his remarks, shortly after the campaign, that President Obama won because he gave away “free stuff” to his “base coalition,” Romney replied, “ObamaCare was very attractive, particularly to those without health insurance.” Oh, and Romney also suggested he didn’t mean it when he said he’d turn down $10 in spending cuts if they included $1 in tax hikes.

Like the rest of the elites in the conservative movement, Romney seems genuinely clueless, out of touch with economic realities. Romney ran on a platform that would take more of the capital produced by workers and put it in the pockets of the very wealthy. Reward wealth, punish work. That credo has been part of every economic initiative proposed by conservatives since Reagan.

3. Romney added he has a “five-point plan … that’ll get this economy going.”

The five-point plan — oil drilling, trade, privatizing K-12 education, vague assertions about debt reduction, and ambiguous promises about doing nice things for small businesses — is a rehash of Bush/Cheney promises. No credible analysis of the vague agenda has found it capable of boosting the economy.

4. At a campaign event in Doswell, Virginia, Romney said “Obamacare” is “crushing small businesses across America.”

There is literally no evidence to support this claim in any way. Indeed, a a significant portion of the ongoing cost of the Affordable Care Act is to give small businesses a tax break.

5. In the same speech, Romney also argued, “The president wants to raise taxes on small business.”

In reality, Obama has repeatedly cut taxes on small businesses — by some counts, 18 times — and if given a second term, his tax plan would have no effect on 97% of small businesses.

6. Romney also vowed, “I will not raise tax on … middle-class America.”

There’s ample reason to believe the exact opposite — independent budget analysts have concluded that once Romney slashes taxes on the wealthy, increases defense spending, increases entitlement spending, and cuts corporate tax rates, all while promising to balance the budget, he’ll have no choice but to ask more from the middle class. Indeed, there’s no other way for Romney to keep his other promises.

There is so much to choose from in Romney’s buffet of morally corrupt beliefs that it is difficult to pick the worse. One strong contender is that he believes – maybe because he never cheated on his wife – and good for him – that makes him a moral person. Romney and his ilk cannot see through the fog of self delusion. That living a good life, going beyond of simplistic prescription, involves doing good. Romney has never asked himself if what he does negatively affects millions of Americans. There is something sinister and darkly comic about the conservative world view and economics. If someone steals a pedestrian’s wallet they start crying about the decline of Western Civilization. If the Romneys, Kochs, Sheldon Adelsons, Karl Rove and friends steal billions from American families, they are not only fine with that, they cheer it on and call it freedom.

For a someone who allegedly believes in taking money from the producers and giving it to the alleged dirty serfs, President Obama is doing a terrible job of redistributing money, Recovery in U.S. Is Lifting Profits, but Not Adding Jobs

That gulf helps explain why stock markets are thriving even as the economy is barely growing and unemployment remains stubbornly high.

With millions still out of work, companies face little pressure to raise salaries, while productivity gains allow them to increase sales without adding workers.

“So far in this recovery, corporations have captured an unusually high share of the income gains,” said Ethan Harris, co-head of global economics at Bank of America Merrill Lynch. “The U.S. corporate sector is in a lot better health than the overall economy. And until we get a full recovery in the labor market, this will persist.”

The result has been a golden age for corporate profits, especially among multinational giants that are also benefiting from faster growth in emerging economies like China and India.

These factors, along with the Federal Reserve’s efforts to keep interest rates ultralow and encourage investors to put more money into riskier assets, prompted traders to send the Dow past 14,000 to within 75 points of a record high last week.

How can profits be so high when Republicans claim American business is suffering from high taxes and too much regulation. Reality really does bite for conservatism.