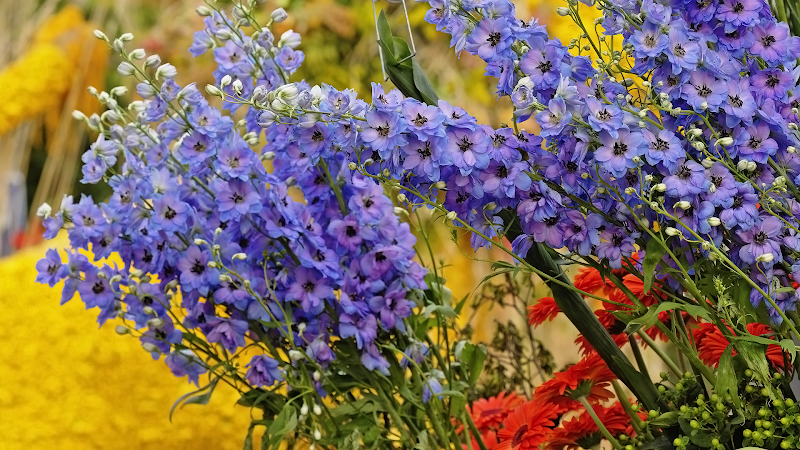 I’m always struck when people talk about Social Security as “just” an insurance program, when it’s in fact the most important retirement-saving vehicle. The chart below, adapted from a 2012 paper by Boston College Professor Alicia Munnell, shows the financial situation of a “typical” pre-retirement household. These are the mean holdings of a household in the middle net worth decile among households headed by people age 55 to 64.

Social Security is dominant: Forty-nine percent of this household’s wealth is in the form of the expectation of drawing government benefits in the future. The next largest slice, 23 percent, is accrued benefits in traditional pension plans. But that figure is skewed by a handful of workers who are lucky enough to participate in such plans; as of 2010, only 14 percent of U.S. workers were earning benefits in such a plan. 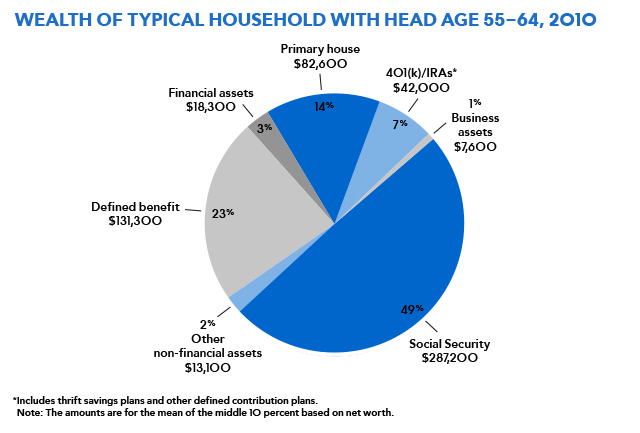 In case anyone missed it, this a a solid essay on how Social Security means the difference between surviving and dirt poor poverty for millions of Americans, it also helps the economy. Republicans and fiscally conservative Democrats would not do something to purposely tank the economy now would they.

“If this plan is working, what would a failing one look like?” So asks Martin Wolf in response to David Cameron’s speech insisting that his austerity policy was right, is right, and is succeeding. Simon Wren-Lewis goes through Cameron’s assertions in some detail, among other things catching him more or less lying about what the Office of Budget Responsibility — roughly speaking the counterpart of the CBO here — ha actually said about the impact of austerity on growth.

I was particularly struck by the way Cameron is still claiming that Britain’s low interest rates show that his policy is successful and necessary. This is a bit like the high priest sacrificing a virgin once a month to ensure that the sun keeps rising, then claiming that the fact that the sun has risen proves that the sacrifice was indeed necessary. 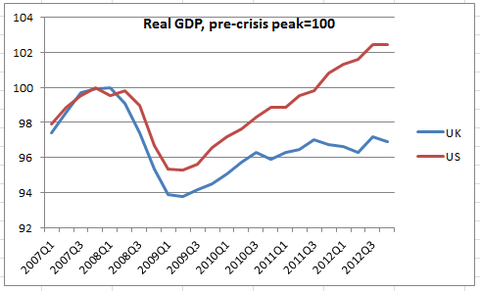