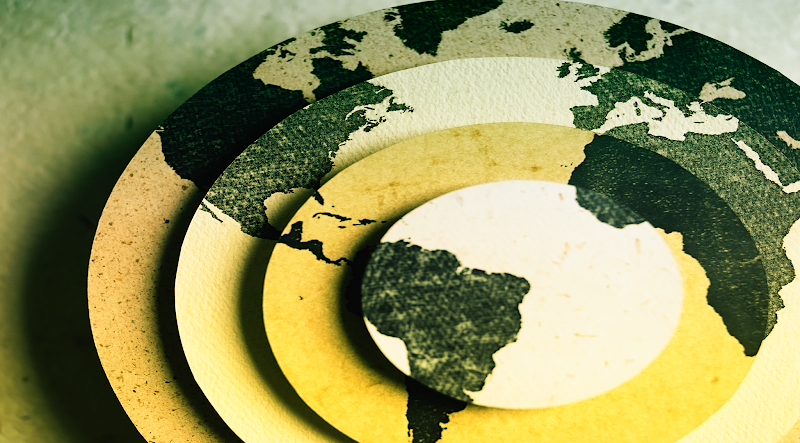 Paul Ryan (R-WI) is a zombie. In party hooked on tax and spending cuts as economic magic, Ryan is the master of the pack mentality. he and his fellow zombies have decided to ignore the world-wide failure of austerity policies, to ignore the fact that tax cuts are not tied to economic growth and that spending cuts to entitlement programs are the key to eternal life and free donuts. Paul Ryan pretends he didn’t lose

1. Ryan’s budget is far-right plan with magic asterisks: Instead of paying any attention to the results of the 2012 elections, Ryan is right back where he was before — pitching a far-right plan predicated on scrapping Medicare, slashing public investments, and giving the wealthy massive tax cuts. That’s not what the American mainstream wants? Ryan doesn’t give a damn. As has been the case, he pays for the tax cuts with smoke and mirrors, promising new revenue from “reforms” that only he can see.

Remember the deal they Congress just worked out to avoid the fiscal cliff where taxes were raised back to the same level they were during the Clinton years on household incomes over $350k a year. Well Ryan’s plan relies on that increase in revenue. Talk about hypocrisy. One thing that no one seems to be able to control, and it is predominantly a private sector issue, is the cost of health care. It is a private part of the economy, but it is not really subject to capitalistic competition. Ever heard of a doctor having a sale on flu shots or appendectomies. Obamacare introduces some incentives to bring down costs. So with our Ryan zombie thinking caps on, what do we do? We repeal Obamacare. Though let’s not complain, let’s thank Ryan for increasing the number of House seats to be occupied by Democrats in 2014.

Ryan’s budget makes Democrats very happy: With Democrats hoping for significant gains in the 2014 midterms, they’ll need a potent weapon to use against Republican incumbents. Had Ryan moderated his budget plan and left Medicare alone, Democrats would need to look elsewhere for rhetorical ammunition. Instead, the Wisconsin congressman has done the DCCC a big favor.

Yet another awkward moment for Republicans where they play lap-dog for billionaires and big banks, while they stab current and future senior citizens in the back. Republicans have been playing Chicken-Little with the budget deficit ever since they lost in 2012. Pick your far Right conservative website from The national Review to Hot Air to Breitbart – the country is going to be utterly destroyed by the Debt Monster – you know, the one they created from 2000 to 2008. Well, the deficit has declined as p percent of GDP every year since 2009. That monster only lives under the beds of conservative Chicken-Littles. Dwindling Deficit Disorder

But after peaking in 2009 at $1.4 trillion, the deficit began coming down. The Congressional Budget Office expects the deficit for fiscal 2013 (which began in October and is almost half over) to be $845 billion. That may still sound like a big number, but given the state of the economy it really isn’t.

Bear in mind that the budget doesn’t have to be balanced to put us on a fiscally sustainable path; all we need is a deficit small enough that debt grows more slowly than the economy. To take the classic example, America never did pay off the debt from World War II — in fact, our debt doubled in the 30 years that followed the war. But debt as a percentage of G.D.P. fell by three-quarters over the same period.

It is Krugamn’s constant hammering of this very basic history and arithmetic that has made him a big target for conservative smear merchants, Conservative News Site Breitbart.com Duped By Fake Story That Paul Krugman Declared Bankruptcy. Now is a good time to remember that these same miscreants of alternative journalism are the same ones that are selling the Benghazi conspiracy theories, the Obama is coming after your guns conspiracy theory and now a classic, the Fast and Furious conspiracy theory. If a conservative told me it was sunrise I’d look over mu shoulder to check first. If conservatives devoted as much time to something constructive to help the USA live up to its ideals as they do pushing sewage down America’s throat, we could easily solve this country’s problems.

Since November of last year Republicans have written a cornucopia of editorials about where the conservative movement should go, how it should change to win over voters – they literally have lost the popular vote for every presidential election since Bush 41’s first term in the 1980s. One of the things they were going to do was better outreach to minorities, Conservative Political Action Conference Joined at The Hip With White-Nationalist American Renaissance

For the past week, the American Conservative Union, which founded and is the primary organizer of CPAC, has showcased on its website an article from its newsletter, the Conservative Battleline, headlined “Debating Liberal Tactics” and written by Robert Weissberg. The ACU identifies Weissberg as a professor from Cornell and the University of Illinois-Urbana-Champaign and the author of 11 books. What it doesn’t mention is that Weissberg has long been affiliated with a pseudo-think tank called the New Century Foundation. This foundation publishes a magazine called American Renaissance and hosts conferences under the same name, promoting the theory of “scientific racism” and providing a forum in which Klan members, neo-Nazis, and David Duke followers can mix it up with the intellectuals of the white-nationalist movement.

In the tsunami of politics things could change next month, but for right now, Democrats are looking better and better in 2014, and beyond. So Republicans might want to save to spend more money on gerrymandering, they’re going to need it.