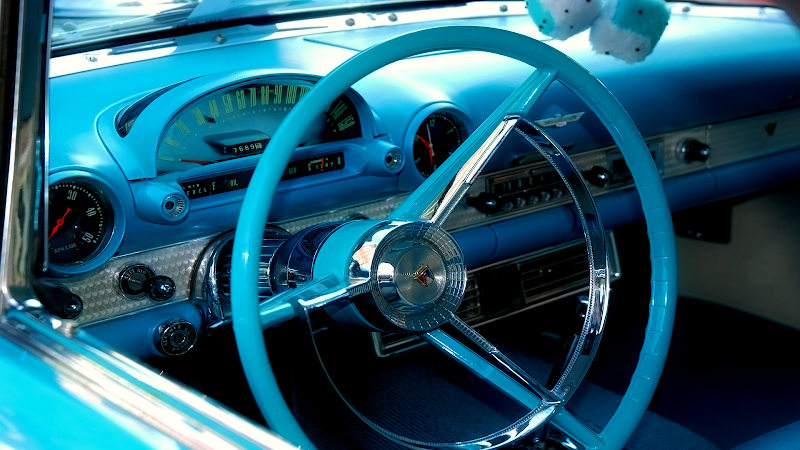 When you combine Mediate’s spin with conservative Ann Coulter’s spin, you get a tsunami of delusional bombast, Coulter Destroys Feinstein Over Cruz Debate On Hannity: ‘Liberal Women Should Not Be Able To Hold Office’

Sean Hannity invited Ann Coulter on his Thursday night Fox News show to get her take on this morning’s Senate showdown between Sen. Dianne Feinstein (D-CA) and Sen. Ted Cruz (R-TX). Coulter immediately started slamming Feinstein’s response to Cruz, in which she told the younger Senator that she’s “not sixth-grader” and didn’t need a “lecture on the Constitution.”

Comparing Feinstein to another “I am woman, hear me roar” Democrat, Hillary Clinton, Coulter said “as soon as they get a question they don’t like, they start crying.” She called Feinstein’s Constitutional arguments “preposterous” and proclaimed that Sen. Cruz “nailed her so she said ‘I’m offended.’”

As far as perception of personalities go, Cruz looked like an obnoxious creep and Sen. Feinstein like the statesman. To “nail” someone in this context means to have all the facts on one’s side. Cruz seemed out of his depth. Utterly clueless as to what the Constitution actually says, former rulings by even conservatives on the SCOTUS and that a president named Bush signed the previous assault weapons ban into law. Senators Destroy Clueless Ted Cruz(R-TX) Argument Against The Assault Weapons Ban

Sen. Ted Cruz (R-TX) battered Democrats with questions about whether they would support restrictions on the First or Fourth Amendments he claimed were similar to those an assault weapons ban would impose on the Second:

I pose to the senator from California [Sen. Diane Feinstein], would she deem it consistent with the Bill of Rights for Congress to engage in the same endeavor that we are contemplating doing with the Second Amendment in the context of the First or Fourth Amendment, namely, would she consider it constitutional for congress to specify that the first amendment shall apply only to the following books and shall not apply to the books that congress has deemed outside the protection of the Bill of Rights?

But Sen. Charles Schumer (D-NY) obliterated his argument by noting the analogous actual restrictions on the actual First Amendment:

In reference to the question my colleague from Texas asked, would you limit books? Would you name specific books? Yeah. It’s constitutional within the ambit of the First Amendment to eliminate child pornography. And we have lots of laws that are very explicit about that. Very explicit. That are constitutional, that have been upheld as constitutional. Similarly, you can’t falsely scream fire in a crowded theater. Similarly, we have libel laws. Every one of these is an impingement on the sacred First Amendment, upheld as constitutional. There are reasonable limits on each amendment, and I think it is anomalous, to put it kindly, for either side to interpret one amendment so expansively and another amendment so narrowly that it just doesn’t add up because your interpretation of the Constitution should be consistent.

Let’s go to the text of the 2nd Amendment: As passed by the Congress:

A well regulated Militia, being necessary to the security of a free State, the right of the people to keep and bear Arms, shall not be infringed.

In 2008 and 2010 – with a majority of conservative extremists on the court they ruled that gun ownership did not require participation in a militia. Let’s say you like that ruling. Let’s concede that what the court did was interpret the original 2nd amendment in way that they think had implicit meaning, rather than the explicit meaning of the text – individuals could only have guns in the context of membership in a regulated militia.  Cruz and Coulter might want to grab a dictionary and look up the three simple words that begin that amendment – “A well Regulated”. While the court ruled that the right to bear arms extends to almost everyone – the court did not rule out the well regulated clause. MSNBC’s Joe Scarborough is a conservative and he knows as much about economics as a tree stump, but even he get how ridiculous Cruz and his defender M’s Coulter, are –

SCARBOROUGH: Did they teach Ted Cruz to read what the Supreme Court said? Especially in the landmark, the landmark decision regarding Second Amendment rights over 200 years was written in 2008? I’m just wondering why would he use his seat on the Judiciary Committee if he went to Harvard to — to — to put forward a willfully ignorant statement about this bill violating the Second Amendment, because it does not. And Ted Cruz knows it does not. So who is he playing for? Is he playing for — for — for people who can’t read, for illiterates? I don’t understand…. When you’re condescending and you don’t even have the facts right. When you’re misstating what the Second Amendment says as interpreted by the conservative court, by Scalia. I have a problem with that.

Indeed, to quote Justice Scalia’s decision in the landmark 2008 case District of Columbia v. Heller, “nothing in our opinion should be taken to cast doubt on longstanding prohibitions on the possession of firearms by felons and the mentally ill, or laws forbidding the carrying of firearms in sensitive places such as schools and government buildings, or laws imposing conditions and qualifications on the commercial sale of arms.” The ruling also allows limitations on ownership of “dangerous and unusual” weapons that are not in “common use” — like, for example, assault weapons.

This is a summary of the assault weapons ban that Senator Dianne Feinstein (D-Calif.) is sponsoring. Senator  Feinstein (D) is a trained/licensed gun owner.

After a militant anti-capitalist group called the New World Liberation Front unsuccessfully tried to bomb her house in the 1970s, Feinstein trained to use one.

“I know the urge to arm yourself, because that’s what I did,” she told Senate colleagues in 1995. “I made the determination that if somebody was going to try to take me out, I was going to take them with me.”

To Feinstein, the battle is about keeping what she considers weapons of war out of the hands of those who intend to massacre innocent people. Her personal experience isn’t all that impels her to wage it.

Before the December shootings at the Sandy Hook Elementary School in Newtown, there was the Cleveland Elementary School shooting in Stockton in January 1989. A 26-year-old man opened fire on a group of children with an AK-47, killing five and wounding more than 30 before taking his own life.

Before the movie theater shooting in Aurora, Colo., last July that resulted in 12 deaths and injuries to 58 others, there was the office tower shooting at 101 California Street in San Francisco in July 1993. A gunman with a grudge against a law firm shot and killed eight people before killing himself.

As time has passed, the tragedies have faded from public memory. But Feinstein has not forgotten.

“This is something I’m deeply passionate about, and I believe it saves lives,” she said. “I don’t intend to stop.”

Intelligent, capable, accomplished women like Sen. Feinstein are just the kind of women that make Coulter go off the rails,

Like her ideological cousin, Jennifer Rubin at the WaPO, Coulter’s analyses and points of view are located somewhere between 1850 and deranged. The only difference might be is that Rubin wants to be taken seriously as an opinion journalist, while Coulter will seemly say anything to get attention and fatten her bank account.

H/t to Mike for this find, Austrians Should Read their Mises

One thing more must be noted. If within a society based on private ownership of the means of production some of these means are publicly owned and operated, this still does not make for a mixed system which would combine socialism and private property. As long as only certain individual enterprises are publicly owned, the remaining being privately owned, the characteristics of the market economy which determine economic activity remain essentially unimpaired. The publicly owned enterprises, too, as buyers of raw materials, semi-finished goods, and labor, and as sellers of goods and services, must fit into the mechanism of the market economy; they are subject to the same laws of the market. In order to maintain their position they, too, have to strive after profits or at least to avoid losses.” (Mises 1998: 5)

It is quite surprising how much Mises was prepared to concede: an economy with some limited nationalised industry (although run on the principle of profit and loss) where the majority of capital goods are private owned is still a “market economy” with its fundamental characteristics “essentially unimpaired.”

For those not familiar with the term,  Ayn Rand, Paul Ryan (R-WI), Mitt Romney and most of the conservative and libertarian movement are Austrians – followers of the Mises school. As compared to Keynesian – and variations of Keynesian – which most Democrats are. The Austrians are not real big on arithmetic. They like to throw some numbers out there that PowerPoint fans will be able to use as justification for continuing to believe in economic pixie dust, Paul Ryan’s $5.7 Trillion Magic Trick

But I was right about the big story: this magic asterisk is worth about $1 trillion more than before. Ryan keeps the same tax cuts he had last year, but he assumes these same cuts will raise an extra 0.5 percent of GDP in revenue. In other words, it’s the same magical budgeting we’ve come to know from Ryan — but now with even more magic!

…Who would pay more under the Ryan plan? Probably the upper-middle class. The Tax Policy Center hasn’t finished updating its distributional analyses of all the different tax expenditures, but the trend is generally the same: households in the $75,000 to $200,000 range take a good amount of deductions. Their tax cuts under the Ryan plan are small enough that they easily could end up paying more if he zeroed out big deductions, like home mortgage-interest.

Of course, Ryan might find that he prefers magic to math — that if it’s a choice between not paying for his tax cuts, and not getting them, he’ll choose to not pay for them. In other words, his $5.7 trillion magic asterisk might just turn out to be $5.7 trillion of red ink.

Hmmm. Budget-busting tax cuts heavily tilted towards the rich? That’s not even a new trick.

A saloonkeeper and adventurer, Bean’s claim to fame rested on the often humorous and sometimes-bizarre rulings he meted out as a justice of the peace in western Texas during the late 19th century. By then, Bean was in his 50s and had already lived a life full of rough adventures.

Born in Kentucky some time during the 1820s, Bean began getting into trouble at an early age. He left home in 1847 with his brother Sam and lived a rogue’s life in Mexico until he shot a man in a barroom fight and had to flee.

…For about 16 years, Bean lived a prosperous and relatively legitimate life as a San Antonio businessman. In 1882, he moved to southwest Texas, where he built his famous saloon, the Jersey Lilly, and founded the hamlet of Langtry. Saloon and town alike were named for the famous English actress, Lillie Langtry.

Bean makes for a very colorful legend. Paul Newman was a in pretty good comedy-western-satire about Bean called The Life and Times of Judge Roy Bean (1972) . It does not pretend to be a factual biography – just a starting point to tell the kind of fable rich stories we often hear about the Old West.