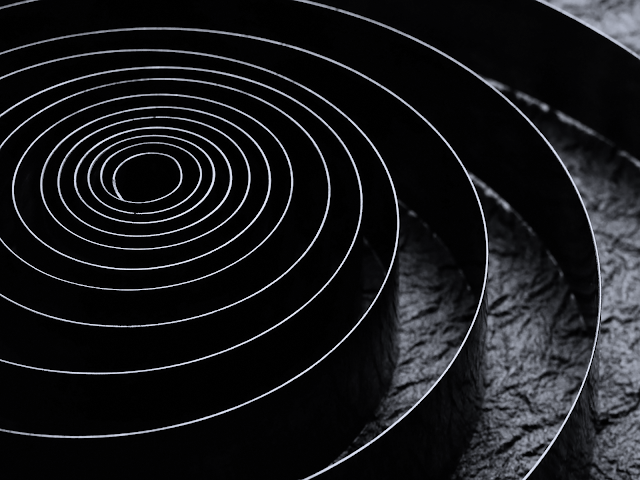 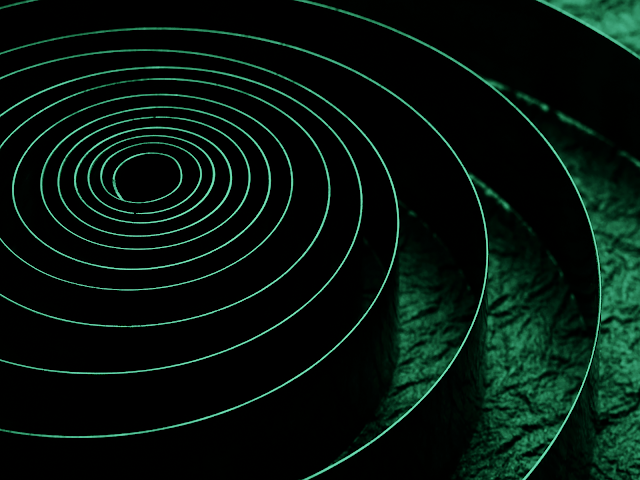 Ezra Klein highlighted an interesting recent story in which Republican strategist Mike Murphy said that the GOP would only negotiate with President Obama on budget matters after Obama made two key concessions: means testing of Medicare and limiting the growth of Social Security expenditures over time. Funny thing is, Obama has already offered these two precise concessions. Murphy responded to this new information in an interesting, but entirely predictable, way: he dismissed Obama’s concessions as false, and he said that the GOP doesn’t trust him anyway. In other words, a political elite had a specific worldview, he was offered evidence that contradicted the worldview, so he chose to dismiss the evidence in favor of his worldview.

….Why might politicians think voters are more conservative than they actually are? It could be that their views are shaped by political media reports. State legislative candidates rarely have great polling operations, and if they perceive public opinion to fall halfway between whatever Fox says and whatever CNN says, they’re going to come in somewhere to the right of the population median. Politicians may also be estimating that those who will actually turn out to vote will be somewhat more conservative than their constituents as a whole.

Before I get to the specific examples from that Ezra Klein column, I’ve had similar experiences in everyday conversation and on this blog. I kind of expect that people only half listen to what others are saying or what they hear coming from a TV. We’re somewhat overwhelmed with information of all kinds. I’ve read that to some degree our brains automatically filter out some of the noise just so it can function. Though it is perplexing that I should have the new information problem with this blog. Back in 2008 I did a post in journalist/writer/poet Frank Marshall and the urban myths being spread by the radical Right to use Marshall to smear then Sen. Obama (D-Ill). I see I’m getting quite a few clicks from a forum so I go over to see how they’re suing the link. A conservative had used it as a gotcha – see Marshall was an Anti-Christ anarchist commie. Did she read the post and not understand it, or did she read it and like Murphy, see the words as saying what she wanted them to say. Either way she presented the facts to other conservatives who did not want to have their myths shattered. No group of people is immune from this phenomenon, but conservatives seem to live in this bubble of alternate reality more often than moderate minded Americans. Ezra, along with Jonathan Chait , does such a great job of relating what happened with Republican strategist and pundit Mike Murphy that, if nothing else I want to preserve some of it on this blog. Though more important than catching a college educated, politically savvy conservative  freaking out when cornered, is the fact that President Obama can never concede enough to Republican demands to make them agree to a deal. We’ll get a sequester deal eventually, but it will be the result of re-election fears by conservatives, not because Republicans suddenly decided to be even marginally reasonable human beings. This is why Obama can’t make a deal with Republicans

File this under “Jonathan Chait is right.”

My column this weekend is about the almost comically poor lines of communication between the White House and the Hill. The opening anecdote was drawn from a background briefing I attended with a respected Republican legislator who thought it would be a gamechanger for President Obama to say he’d be open to chained CPI — a policy that cuts Social Security benefits — as part of a budget deal.

The only problem? Obama has said he’s open to chained CPI as part of a budget deal. And this isn’t one of those times where the admission was in private, and we’re going off of news reports. It’s right there on his Web site. It’s literally in bold type. But key GOP legislators have no idea Obama’s made that concession.

The question my column left open was whether improving the lines of communication would actually change anything. Chait’s view is no, it wouldn’t. He begins by quoting Upton Sinclair’s famous line: “It is impossible to make a man understand something if his livelihood depends on not understanding it.” Chait continues:

If Obama could get hold of Klein’s mystery legislator and inform him of his budget offer, it almost certainly wouldn’t make a difference. He would come up with something – the cuts aren’t real, or the taxes are awful, or they can’t trust Obama to carry them out, or something.

What happened next on Twitter proved Chait’s point in every particular.

Mike Murphy is one of the top political consultants in the Republican Party. He’s been a top strategist for Mitt Romney, John McCain, Jeb Bush, Arnold Schwarzenegger and many other Republicans. He’s also, as his client list would suggest, from the party’s more pragmatic, even moderate, wing. Over the past few years, as he’s transitioned into doing more punditry, he’s emerged as an invaluable guide to what reasonable Republicans think of the rightward lurch in the GOP.

On Feb. 13, Murphy wrote in Time that “six magic words can unlock the door to the votes inside the Republican fortress: Some beneficiaries pay more and chained CPI, budgetary code for slightly lowering benefit increases over time.” The only problem? Obama has said all these words, as John Harwood of the New York Times quickly pointed out:

Murphy responded by suggesting that sure, Obama has called for more means-testing in Medicare, but he’s not put chained CPI — CCPI, if you’re hamstrung by Twitter’s 140-character limit — on the board:

Obama never refused chained CPI as part of a cliff deal. In fact, he did the opposite: He endorsed it as part of a cliff deal, and he’s kept endorsing it, as his sequestration plan clearly says, since the cliff deal fell apart. This was quickly pointed out to Murphy on Twitter, at which point, he promptly proved Chait’s thesis correct:

So faced with several tweets showing that he was wrong about Obama and CCPI, what does Murphy do. Murphy calls chained CPI “a gimmick,”. Murphy also claimed that even if Obama agreed to such a deal, Obama cannot be trusted. So we’re already several planets removed from reality. Corned Murphy resorts to the kind of thing you’d expect to hear from around a middle-school locker. “A few tweets later, Murphy gave his bottom-line view, which is that if Obama wants a deal, he needs to drop all of his demands and just agree to what the GOP wants to do..” Murphy, Beltway Republicans and their fiends in the media can same the country a lot of eye strain and ear aches by just admitting that Murphy has nicely summed up the real situation. When America votes for a conservative who runs as a moderate – like “compassionate” conservative Bush 43, what America will really get it full blown wingnuttery. When America votes for a moderate Democrats – who is some respects is to the Right of Saint Ronnie, America should still get what the radical Right wants. I bet I have readers who have dealt with tired, impatient, crying four- year-olds who are far more reasonable than Murphy and his clones.

Freaky Former Republican Presidential Candidate Rick Perry’s $487 Million Corporate Slush Fund Doesn’t Need Your Stinkin’ Audit. The Texas governor doesn’t agree that his corporate-handout fund needs an audit—because he and two other GOP pols already monitor it. Big government haters might find out that Perry and his cronies in the Texas political, and business community are cheating tax payers with great efficiency.

Fox News suggested that an attack in Syria might have involved chemical weapons from Iraq, pushing a conspiracy theory that Saddam Hussein hid WMD in other countries prior to the Iraq war. Fox made a similar claim just two days ago.

….The ISG also concluded that after 1995, Iraq “abandoned its existing [biological warfare] program in the belief that it constituted a potential embarrassment, whose discovery would undercut Baghdad’s ability to reach its overarching goal of obtaining relief from UN sanctions.” The report stated that Iraq appeared to have destroyed its undeclared stocks of biological warfare-related weapons in 1991 and 1992.

A 2005 Associated Press report stated that intelligence officials said they found no evidence “indicating that WMD or significant amounts of components and equipment were transferred from Iraq to neighboring Syria, Jordan or elsewhere.”

As far as conservative hysteria goes I kind of liked the old WMD theories. They had the benefit, especially for conservatives like Murphy, of having some plausibility. Who read through the whole pdf of that ISG report. The WaPo’s Jennifer Rubin claimed to have read that Inspector General report on the DOJ and either she cannot read or has political dyslexia. 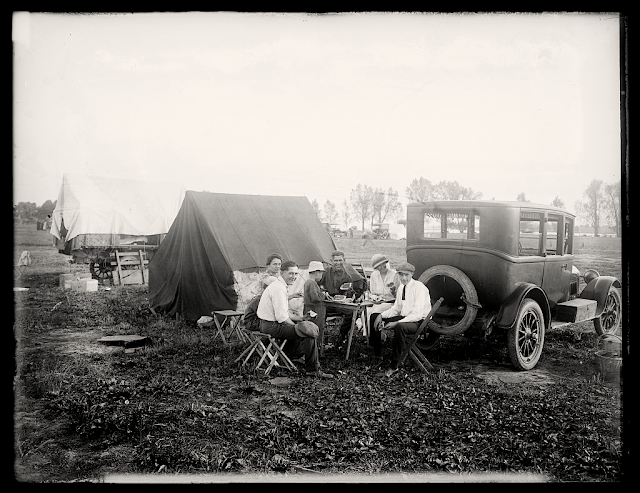 Tin can tourists. Washington, D.C. Between 1921 and 1922. Before there were RVs or SUVs people packed everything – tents, pots, pans, food, blankets on cars and hit the road for vacations. A nice blog post on the history of tin can tourists in this blog post,  Tin can tourists

Automobiles were barely on the road before people started driving them hundreds of miles to warmer climes.  Never mind the constant breakdowns.  Never mind having to drive through rivers and swamps because there weren’t any bridges.  Never mind the lack of filling stations.  These people  wanted sun and did what they had to in order to get it.