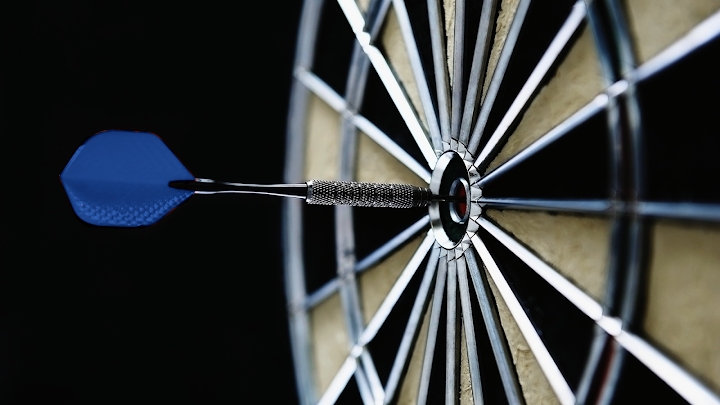 Ben Carson Goes On The Offensive, Lashes Out At “Racist” Critics

The noted surgeon and Johns Hopkins University neurosurgery professor has been subject to harsh criticism, including from students and staff at Johns Hopkins Medical School, since he compared gays who support marriage equality to pedophiles and practitioners of bestiality during a March 27 interview on Fox News’ Hannity.

During that appearance, Carson said, “Marriage is between a man and a woman. No group, be they gays, be they NAMBLA, be they people who believe in bestiality, it doesn’t matter what they are. They don’t get to change the definition. So, it’s not something against gays. It’s against anybody who wants to come along and change the fundamental definitions of pillars of society. It has significant ramifications.”

…But on Levin’s show, Carson went on the offensive, saying that the criticism he has received proves that he’s right that “political correctness is threatening to destroy our nation because it puts a muzzle over honest conversation.” He added that “the attacks against me have been so vicious because I represent an existential threat” to his critics, who he says “take my words, misinterpret them, and try to make it seem that I’m a bigot.”

Others have already covered the not just offensive analogy between gays and “pedophiles and practitioners of bestiality”, but pathologically suspect behavior. Carson is wrong about the political correctness. What he said was a gift. He let everyone know here he stands. Had he kept it a secret, lied about his beliefs and radical agenda, and then been elected to some position of authority where he could force his pathology down America’s throat, that would have been a venal farce perpetrated on the American public.

After Levin claimed that Carson has been “attacked also, in many respects, because of your race” because “a lot of white liberals” don’t like black conservatives, Carson replied, “Well, they’re the most racist people there are. Because you know, they put you in a little category, a little box, ‘you have to think this way, how could you dare come off the plantation?'”

Carson has been through college and medical school so I’m sure he has at least brushed up against the scientific method.

Introduction to the Scientific Method

The scientific method is the process by which scientists, collectively and over time, endeavor to construct an accurate (that is, reliable, consistent and non-arbitrary) representation of the world.

Recognizing that personal and cultural beliefs influence both our perceptions and our interpretations of natural phenomena, we aim through the use of standard procedures and criteria to minimize those influences when developing a theory. As a famous scientist once said, “Smart people (like smart lawyers) can come up with very good explanations for mistaken points of view.” In summary, the scientific method attempts to minimize the influence of bias or prejudice in the experimenter when testing a hypothesis or a theory.
I. The scientific method has four steps

1. Observation and description of a phenomenon or group of phenomena.

2. Formulation of a hypothesis to explain the phenomena. In physics, the hypothesis often takes the form of a causal mechanism or a mathematical relation.

3. Use of the hypothesis to predict the existence of other phenomena, or to predict quantitatively the results of new observations.

4. Performance of experimental tests of the predictions by several independent experimenters and properly performed experiments.

If the experiments bear out the hypothesis it may come to be regarded as a theory or law of nature (more on the concepts of hypothesis, model, theory and law below). If the experiments do not bear out the hypothesis, it must be rejected or modified. What is key in the description of the scientific method just given is the predictive power (the ability to get more out of the theory than you put in; see Barrow, 1991) of the hypothesis or theory, as tested by experiment. It is often said in science that theories can never be proved, only disproved. There is always the possibility that a new observation or a new experiment will conflict with a long-standing theory.

While that description pertains to the natural sciences, the social sciences – sociology, psychology, economics and political science have used those methods as well. One studies the evidence, collects data and publishes findings that is logical and verifiable. Where is Carson’s evidence that while liberals hate black conservatives just for being black. I have made it very clear on this blog over the course of eight years that conservatism is a malevolent political movement, that allowed to fulfill its agenda would destroy both democracy and capitalism. With every post I demonstrate how that is true in one way or another. I would be happy to look at the fact sheet, the data, the psychological experiment, the sociological experiment that shows conclusively that while liberals have put him or any conservative, black or white on anything resembling a plantation. That all probably sounds like snark, but it is the best I can do in taking Carson seriously. Listening to him is the same as listening to his mindless brethren;  Limbaugh, Hannity, Mitch McConnell, Michelle Malkin and the hundreds of unhinged conservative bloggers. Carson fits in with the conservative movement perfectly. He lives in a mental bubble that is impermeable to the truth. Unlike Carson and other conservatives I read their side. I read more about what conservatives have to say than liberals, progressives or centrist Democrats. The NYT’s far Right columnist Ross Douthat wrote a column just after the first of the year encouraging both sides to read more of what the other side has to say. It was unintentionally hilarious. If conservatives started reading facts, studies, real history, not the history revisionism industry that has become a major source of wing-nut welfare, conservatism would cease to exist as a political movement. We’d have two parties – centrist conservative Democrats like Obama, and liberals. One of the reasons Carson and before him, Herman Cain are such ridiculous figures is the almost daily exhibitions of racism and misogyny from conservatives. Ross might have encouraged some critical reading of conservatives by conservatives. These are just a few examples, out of hundreds, of conservative racism from TPro,

… in their lives, that questions of racism, sexism, and class…
Published on March 22, 2013
CPAC Participant Defends Slavery At Minority Outreach Panel: It Gave ‘Food And Shelter’ To Blacks  ( Carson spoke at CPAC. He must have put his ear muffs on when others were speaking)

… the racism on display at this event. CPAC is the marquee…
Published on March 15, 2013
Why Scalia’s ‘Racial Entitlement’ Quote Is Even Scarier Than You Think

… that simply gave Congress free reign to engage in racism…
Published on February 28, 2013
Why We Still Need The Voting Rights Act: Perspectives From Supreme Court Spectators

…. As long as we have racism and bigotry in our country… [in racism at the ballot box], but at the same time…
Right-Wing Columnist Implies Colin Powell Is Anti-Semitic After Defending Hagel

… of racism, or b) he should retract and apologize for his…

… is latent racism. But in his rebuttal, O’Reilly…

…, and responding positively to, racist emails in support…

… lawmakers are too afraid to be tarred as racists. His…
RNC Delegate Offended By Presence of ‘Mexican’ At Disney’s Epcot Center

… of making a racist comment. He then levied an unusual…

And just a few from MM,

Rush: Cubans Aren’t “Popular In The Overall Hispanic Group” Because They’re Not “As Dark” And Are “Oriented Toward Work”

Excuse me for putting anyone in a box, but black conservatives – Cain, Carson, West, Swann, Steele – do all seem to have one thing in common, the remarkable ability not to see and hear the profound and disturbing racism of their movement.