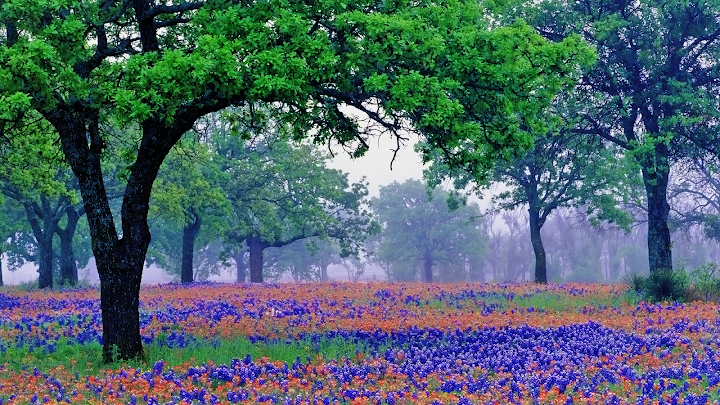 Paul told the students he didn’t come to “preach” or “prescribe” a political point of view, but to ask each of them to write their own story in life and perhaps make conservatism a part of it. In other words: develop their own views of him, the Republican Party and their own political beliefs.

This is just another version of the Herman Cain and Dr. Ben Carson assertion that black Americans have been brain washed. If they would really “think” they’d vote for far Right ideologues. Nope, nothing insulting or wacky about that.

Few young minorities know the history of the Republican Party “chock full of emancipation and black history”. He talked about his passion for ending mandatory minimum federal sentencing for non-violent possession of drugs because they ruin the lives of kids who just make bad decisions. It was one of the most heavily tweeted and applauded lines of his speech.

How the two major political parties have changed since the 1860s can and has filled books. Rand probably has not read a history or political science book that does not regurgitate what he wants to believe his entire life – including his liberal college indoctrination. Rand Paul (R-KY) Must Think Blacks Have Amnesia

He left out the part that Republicans almost always leave out when they lament their lack of support from African Americans: the racial realignment that occurred during the 1960s, when Democratic politicians like President Lyndon B. Johnson and Robert F. Kennedy became champions for equal rights, and Republicans reinvented their party as a harbor for segregationists.

The simple truth is that the present-day Republican Party has virtually no resemblance to the Republican Party of, say, 1960, when Richard Nixon got 32 percent of the black vote in his race against John F. Kennedy. Four years later, the Republicans nominated right-wing Arizona Sen. Barry Goldwater, who based his campaign on opposition to the Civil Rights Act of 1964. By 1968, Nixon had wholeheartedly accepted Goldwater’s advice to “go hunting where the ducks are” by adopting a so-called Southern strategy dedicated to wooing segregationists like Strom Thurmond.

They consolidated their approach in 1980 when Ronald Reagan delivered the first major speech of his campaign in Philadelphia, Miss., where three civil rights workers were murdered in one of the 1960s’ ugliest cases of racist violence. Reagan gave a ringing declaration of his support for “states’ rights” — code words for resistance to black advances clearly understood by white Southerners. Ever since then, the GOP has been the party of white privilege.

I did a current check on conservative racism in that Ben Carson post the other day. Another interesting thing to do is search for Obama images in Google, then trace the racist filth back to the conservative web sites that posted them. I still don’t think all Republicans are racist, though they seem to be in denial about their racism problem. It is common for political zealots to rewrite history. You don’t want people looking back at what actually happened and, to use Rand’s words, think for themselves. The radical Right has their noise machine fired up 24/7 because that is how much is noise required to keep the sheeple as true believers. And of course there is the morally reprehensible Conservative problem with being serial liars, At Howard University, Rand Paul Falsely Claims He Never Opposed the 1964 Civil Rights Act

Following an awkward, earnest speech to an audience at Howard University, Sen. Rand Paul (R-Ky.) insisted several times that he did not oppose the Civil Rights Act of 1964.

“I’ve never been against the Civil Rights Act, ever,” Paul told a questioner, following what was the first speech by a Republican legislator at the historically black university in decades. “This was on tape,” the questioner responded.

In 2010, during an interview with the Louisville Courier-Journal flagged by ThinkProgress, Paul made it very clear that he opposed a key part of the Civil Rights Act of 1964 that banned discrimination on the basis of race in “places of public accommodation,” such as privately owned businesses that are open to the public.

Such a short speech and meaningless in terms of actual substance. Though Paul did get a chance to repeat some of the dogma of the conservative cult,

He said after the Great Depression and Civil Rights Act, blacks wanted “economic emancipation” and began voting Democrat because Democrats promised “unlimited federal assistance”. He added: Republicans offered something that seemed less tangible-the promise of equalizing opportunity through free markets. After nearly 50 years of Democrat policies, Paul argued the evidence shows that big government is not a friend to African Americans. He pointed to persistent high unemployment among blacks, presently 13.3%, nearly twice the national average, blacks trapped in failing schools and their declining wealth.

Anyone want to guess what black unemployment would be now if the Civil Rights Act had not been passed. Rand believes, as conservatives dogmatists do, that the free market god will fix everything and anything if we all stand back and let it work it’s magic. Yet Rand supplied a example of a situation which proved that it does not work. It was about a hundred years between the Emancipation Proclamation and the Civil Rights Act. The all knowing perfect gods of the market had a hundred years to wave the magic wand and make everything work for everyone. Certainly a hundred years of laissez-faire discrimination was a fair trial. Rand reminds me of the few remaining communists who claim that it never had a chance to work either.

Let’s move on to the next nutbar with as much integrity as rat droppings, Top Republican Blasts Obama Budget As ‘Shocking Attack On Seniors’

“I’ll tell you when you’re going after seniors the way he’s already done on Obamacare, taken $700 billion out of Medicare to put into Obamacare and now coming back at seniors again, I think you’re crossing that line very quickly here in terms of denying access to seniors for health care in districts like mine certainly and around the country,” he said on CNN Wednesday afternoon.

That used to be the $500 million lie. I guess with inflation it has grown. These wackos have been telling that lie about Obamacare and Medicare since 2009,

National Review’s Lowry: Obama Made “Meat-Axe Cuts” To Medicare. On Fox News’ Hannity, National Review editor Rich Lowry said that “$700 billion in cuts on current seniors” have been made to Medicare, adding, “These are meat-axe cuts that the president passed to fund another unaffordable entitlement right now.” [Fox News, Hannity, 8/14/12]

As we have written many times, the [Affordable Care Act] does not slash the current Medicare budget by $500 billion. Rather, that’s a $500 billion reduction in the future growth of Medicare over 10 years, or about a 7 percent reduction in growth over the decade. In other words, Medicare spending would continue to rise, just not as much. The law stipulates that guaranteed Medicare benefits won’t be reduced, and it adds some new benefits, such as improved coverage for pharmaceuticals.

And it assumes they actually happen. There’s good reason to think that some of those reductions won’t be implemented. The law calls for cuts in the future growth of reimbursement payments to hospitals and other health care providers — that accounts for $219 billion of the Medicare savings in the law. But Congress has consistently overridden similar scheduled cuts in payments to doctors. [FactCheck.org, 6/28/12]
And Ryan Adopted The Exact Same Method Of Reducing Medicare Growth

As far as Republicans who has previously demanded chained CPI and are now attacking the White House for offering it, well if the White House had checked with the people who voted for them first, we could have told you what to expect. You are not dealing with people who regard honor as a virtue, So the Obama budget is out, Social Security cuts and all. Why is this happening?

Well, it’s all about the positioning. Ezra Klein gets at what I hear from the WH too (and what’s obvious in any case):

Today’s budget is the White House’s effort to reach the bedrock of the fiscal debate. Half of its purpose is showing what they’re willing to do. They want a budget compromise, and this budget proves it. There are now liberals protesting on the White House lawn. But the other half is revealing what the GOP is — or, more to the point, isn’t — willing to do. Republicans don’t want a budget compromise, and this budget is likely to prove that, too.

The question is, to whom are these things being “proved”?

Since the beginning, the Obama administration has seemed eager to gain the approval of the grownups — the sensible people who will reward efforts to be Serious, and eventually turn on those nasty, intransigent Republicans as long as Obama and co. don’t cater too much to the hippies.This is the latest, biggest version of that strategy. Unfortunately, it will almost surely fail. Why? Because there are no grownups — only people who try to sound like grownups, but are actually every bit as childish as anyone else.

After all, if whoever it is that Obama is trying to appeal to here — I guess it’s the Washington Post editorial page and various other self-proclaimed “centrist” pundits — were willing to admit the fundamental asymmetry in our political debate, willing to admit that if DC is broken, it’s because of GOP radicalism, they would have done it long ago. It’s not as if this reality was hard to see.

But the truth is that the “centrists” aren’t sincere. Calls for centrism and bipartisanship aren’t actual demands for specific policies — they’re an act, a posture these people take to make themselves seem noble and superior.

If conservatives were adults I can see the centrist strategy making some kind of sense – in a bargain with zealots you end up with some of what you want, with some not completely reprehensible concessions. Only the White House seems unable or unwilling to accept the fact that they’re not dealing with people who care about most Americans. Conservatives are captives of the crony corporatists, the libertarian hucksters and fundamentalist quacks who have time traveled here from 1850.