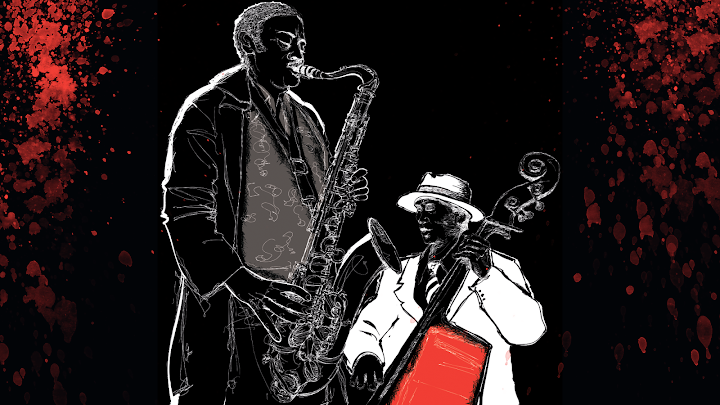 One of the catch phrases used by striking workers was “we cannot survive on seven twenty-five,” a reference to the insulting $7.25 average hourly wage most fast food workers in New York get paid. This paltry sum, which adds up to less than $300 pre tax for a 40-hour week, would not amount to a living wage anywhere in the country, and doesn’t even come close in New York, one of the most expensive of cities in the US to live in. That is the federal minimum wage, however – and it’s not hard to imagine that employees would be paid even less than $7.25 an hour if their bosses could get away with it.

One striking worker, Joseph Barrera, who works for TacoBell, told MSNBC’s Chris Hayes that when he started working at the chain, at the age of 15, he was paid $7.15 an hour. Six years later, as a supervisor, his pay has increased to $7.25 an hour, a ten cents raise. If you’re finding it hard to imagine how Barrera makes it through the month on such meager wages, that’s because he can’t. He says he often has to skip meals or walk to work because he can’t afford the subway fare and he hasn’t bought clothes in years. He’d like to be able to get married and start a family, but doing so on his full-time supervisor’s salary is impossible.

If someone was feeding their pet just barely enough to survive most people would be outraged, yet if a similar standard is applied to a working human being, the outrage in some quarters goes the opposite way. Corporate cronies and their apologists star yelling about capitalism and free markets if workers insist on a living wage. Or enough pay to have decent shelter, food, clothing, utilities and other basic needs. M’s Walshe uses New York as her example, but I live in what the U.S. census describes as one of the average median income areas of the country and you cannot live on your own on $10 an hour, much less $7.25. let’s get to the two most common arguments the pro corporate cronyism crowd makes. They’ll lose money or will not be able to compete. It is true that corporate executives, grossly overpaid, would need to take a pay cut, but they would still have massive incomes and their companies would still make ridiculous level profits.

[  ]…In general, CEOs in the US earn 380 times what their average employee earns. That rather shocking disparity starts to look almost modest, however, when compared with the fast food world. In 2011, the CEO of McDonalds earned over $20m, which means he was paid nearly 1,333 times more than the average crew member or cashier, who earns around $8 an hour or less. Even if those employees were to get their wish of earning $15 an hour, the CEO would still be earning 640 times more than them.

How is it that the CEO of McD earns more than say $200k a year, about what the average top level M.D. General Practitioner makes. And maybe that CEO makes a little more with a bonus tied to, not just profit, but a list of goals that includes employee and customer satisfaction, recycling and contribution to the health and well-being of the communities where they have stores.

This apparently has only happened once before in recent history, the President allowing someone else to make the weekly presidential address, Weekly Address: Sandy Hook Victim’s Mother Calls for Commonsense Gun Responsibility Reforms. Anything that smacks of the mildest form of regulation brings out the gun lunatics. When I say lunatics I’m not talking about someone who owns a gun and is against a complete ban on guns – myself and other Democrats would join in the protest against any such measures. The commenters on that Address are, well in their own words ye shall know them as it were,

JayHog7179
Can anyone name me a piece of legislation being proposed that would have prevented the sick, disturbing tragedy of Sandy Hook?

“No free man shall ever? be debarred the use of arms. The strongest reason for the people to retain the right to keep and bear arms is, as a last resort, to protect themselves against tyranny in government.”

”Any society that would give up a little liberty to gain a little security will deserve neither and lose both.”

Glad you asked Mr Hog. First you should have a clue before making a comment which suggests someone is banning the possession of guns. No one has proposed that. Old slaveholder Jefferson’s quote is meaningless when used against a threat to your rights that does not exists. The Ben Franklin quote is misplaced. Gun lunatics would sell all our rights down the river in exchange for completely unregulated gun sales and possession – that would in fact be selling liberty in exchange for some delusional ideal of security. Connecticut just passed some new gun legislation that might well prevent another Newtown or maybe make for fewer casualties,

Here’s what you need to know about the law:

1. It has bipartisan support. Certainly more Democrats than Republicans supported the bill, but the vote in the state House was 105 to 44, with 40 percent of Republicans and 87 percent of Democrats voting for it. Earlier, the Senate voted with only 2 of the 22 Democrats opposing the law. Nearly half of Connecticut Senate Republicans voted for the measure.

2. It expands the state’s assault weapons ban. Connecticut already has an Assault Weapons Ban in place, but the new law will add over 100 new types of guns to the banned list. Among these is the Bushmaster AR-15 gun, which is what the Sandy Hook gunman used in his horrific killing spree. People who already own such weapons will be permitted to keep them, but must comply with new registration standards.

3. Magazine clips will be limited to 10 rounds. Connecticut’s new law will immediately ban the sale of any large-capacity magazine clips that hold more than 10 rounds. Gun owners who’ve already purchased high-capacity clips will be grandfathered in, but they register any extended clips they have, if they plan to keep them. And they can’t bring those bigger clips around with them; the new law requires that any extended magazines still on the market be used only in a private home or at a shooting range.

5. Mental health isn’t left out of the equation. Not every measure in the new law intends to regulate firearms; the bill also includes expanded funding for mental health research, and allows for greater training on mental health issues for Connecticut’s teachers. The bill also creates a council in the state with the express purpose of determining how schools can be more safe, and when mental health records should block someone from being able to purchase a firearm.

If Hog or the other commenters think they must have an assault rifle and a magazine that holds more than 10 rounds, might want to see a mental health professional. Just a few more comments from people who imagine themselves under siege (my comments in parenthesis),

kmain0 –   there were bodies? hard for me to say for sure as we can’t even get a? picture of Lanza in full setup entering school through the security gate.

TheGuerillapatriot –  The Bill of Rights forbade Congress from this type of legislation. In other words what the President pursues is lawlessness. I? am so sorry those kids where killed but legislation condemns my entire family to a fate far worse than on of us being hit by lighting or attacked by a madman. ( The Bill of Rights says no such thing. As a matter of fact it says in the 2nd Amendment ” well-regulated militia”).

XmXFLUXmX2 –  This is why we shouldn’t let victims and women dictate? policy. They will drive us right in to the arms of totalitarianism. ( Would that be the same totalitarianism we had from 1994 to 2004 when the Assault Weapons Ban was part of the law).

NormanSteeltheBrony –  MUH FEELINGS MUH FEELINGS! Fuck’s sake. I wish Obama? would stop using emotional propaganda and start using actual facts. ( We all wish for things. I wish you knew what a fact was and had some basic human decency)

snozzcumbers – People like her are the problem with the world, I wish death on her and all people like her.? If logical fallacies are all you can use to advance you agenda then you are bad for the world.

That gives you a fair idea of how a gun lunatic reacts to some modest gun safety legislation.