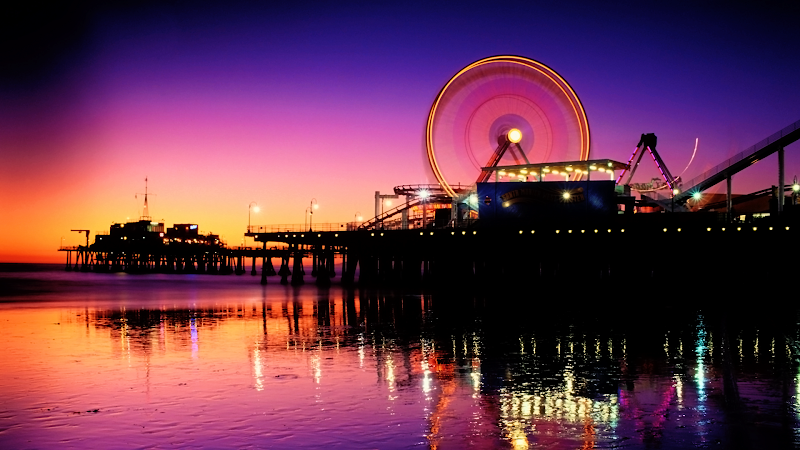 Future historians should consider the Bush-Cheney years as the Chicken-Little Era. Every day all conservatives did was tell America we were going to all die from a terrorist attack by radicalized Muslims. Actually they would just say Muslims. As though the world’s estimated 1.6 billion Muslims – the world’s second largest religion, were at world with the rest of the world. Back in 2010 the CIA estimated there were about 50 to 100, perhaps 500 Qaeda operatives in Afghanistan. That is out of a population of 30 million. There are an estimated 25,000 members world-wide. The math says that less than 1% of the world’s Muslims are members. It doesn’t take many people to commit a few acts of terror and produce the desired results, fear and over reaction. Conservatives practically fall over themselves to live up to those expectations. It is reasonable to be concerned about terrorism or any organized form of violence. there is a point which reaches unjustified levels of paranoia. My anecdotal experience is that conservatives are easier to scare and quicker to reach a paranoid world view. That level of fear may not be much more than normal, humanity has a history of living in fear and has given itself reason for doing so. It may be that conservatives are only a few degrees more paranoid than the average, and that small degree is enough to produce behavior that thus far caused substantial loss of American and innocent foreign lives. It has also cost us in other ways. The Iraq war may end up costing $6 trillion. The US has become a surveillance state. I’m not sure how that could happen since the NRA says it cannot tolerant even modest regulation of fire arms because they need them to protect us from intrusions on the Constitution. Anyone seen the NRA lobbying or pulling guns on Congress over the more despicable parts of the Patriot Act. Of course not. The NRA is all about being armed to the teeth to defend us against their weird fantasies, not reality. It did not take long for the same Chicken-Little conservatives to exploit the religion of the Boston Marathon in the hopes of furthering their radical agenda, Tea Party Congressman Exploits Manhunt For Suspected Boston Bomber To Advance Weaker Gun Laws

A Tea Party Congressman has joined a growing list of conservatives are seizing on the manhunt for the Boston Marathon bombing suspect to argue for looser gun laws. Appearing on The Blaze Thursday afternoon, Rep. Louie Gohmert (R-TX) suggested that the Bostonians on lock down need high capacity magazines to protect themselves from violence. Via Kyle Mantyla at Right Wing Watch:

What hit me this morning when I heard the residents there around Boston and in the area where they thought someone might be were ordered to stay in their homes, businesses were ordered closed, public transportation was ordered closed. Let me ask you, if you’re sitting in your home and you know there are only two possibilities for people coming, one is law enforcement and the other is somebody who has already killed Americans and continues to do so, how many rounds do you want to be limited to in your magazine as you sit in your chair and wait?

There were about 192,000 licensed gun owners in Massachusetts in 2007. The number has gone up since than and went up with recent events. So despite 192,000 gun owners, the terrorist still managed to murder three people and maim or wound over a hundred others. These gun owners did not seem to join police and FBI in pursuit after the initial fire fight at Watertown. What stopped them. Common sense or letting the professionals do their job. The USA has one of the highest gun ownership rates in the world and while it has been declining the last decade, we still have a pretty violent society. Though not so high that it warrants living in fear and staying at home all the time. Eight facts about terrorism in the United States

Your odds of dying in a terrorist attack are still far, far lower than dying from just about anything else.

In the last five years, the odds of an American being killed in a terrorist attack have been about 1 in 20 million (that’s including both domestic attacks and overseas attacks). As the chart above from the Economist shows, that’s considerably smaller than the risk of dying from many other things, from post-surgery complications to ordinary gun violence to lightning.

That said, terrorist attacks obviously loom much larger in our collective consciousness — not least because they’re designed to horrify. So, understandably, they get much more attention.

Note that your odds of being harmed by a friendly gun owner are much higher than being harmed by any kind of terrorist, rather it is a radicalized Muslim or some home grown conservative abortion fanatic. If conservatives were genuinely concerned about preserving the life and health of US citizens they’d stampede Congress demanding a public insurance program like Medicare for everyone. Funding science research that targets what has become known as superbugs – infections resistant to antibiotics will kill more people this year in the U.S. than any kind of terrorism.

Total terror attacks are on decline.

On HBO’s “Real Time” on Friday night, host Bill Maher entertained CSU-San Bernardino professor Brian Levin, director of the Center for Study of Hate and Extremism, who maintained that despite the events in recent days, religious extremism isn’t only a product of Islam.

But Maher took issue with that claim, calling it “liberal bullshit” and said there was no comparison.

Besides playing up his alleged anti-political correctness to get publicity, the major thing that Bill is guilty of here is sloppy thinking. Certainly there are Muslims who are sociopaths. Most of them are not. That is fact, not a point of view. In the next category down are the Muslims who do need some liberalizing. They’re the ones who were and likely still are angry over some cartoons. I have zero sympathy for people offended by any kind of religious cartoon. I don’t know every liberal, neither does Bill, but most of them think of the cartoon nonsense the same way. Though I’ve read some liberals who would prefer that cartoonist not make religious themed cartoons so as not to offend any religion. They’re mistaken to feel that way in my opinion, but I understand where they’re coming from in terms of being sensitive to others beliefs. I grew up on Mark Twain. He was cranky, irreverent,  pro censorship for children, but not adults.

It is fair and obvious that there are some violent Muslims. Again this is shoddy thinking on Bill’s part. there are also far radicalized conservative groups around the world. Membership in conservative militia groups spiked when Obama was elected president. Most of these groups have not carried out what we think of as terror attacks. Though remember that the Norway attacks were by a conservative killed 77 people. And that the fighting in the Middle-east is mostly about Muslim killing other Muslims. As this article notes more people were murdered in a terror attack in Iraq during the Boston marathon than the marathon bombings. It is not just Bill Maher – who had some good points to make and went too far. This is about critical thinking. About details that matter. At one point in history Protestants and Catholics were doing a very good job of murdering each other. Even up to modern era Northern Ireland. Maher said that no one could put on a play criticizing Muslims. He might be right about that, but it would not surprise me if Broadway producers were reluctant to put on an anti-Catholic play with child abuse and molestation as it’s central theme. Or a play about the Posse Comitatus paramilitary/Christian movement. Though if Bill could take off his blinders for a minute he might find there has been of anti-Muslim films made and distributed. What Bill is proud of, in an indirect way, and conservatives as well, though they are loath to follow their thoughts to conclusion, is that the U.S., Canada and western Europe have been largely secularized. Sure there are a lot of people that believe in some deity, but like American Catholics who have overwhelmingly embraced contraceptives, or American Muslims that hang on to bits of tradition, they largely think for themselves rather than go by strict interpretation of religious dogma.