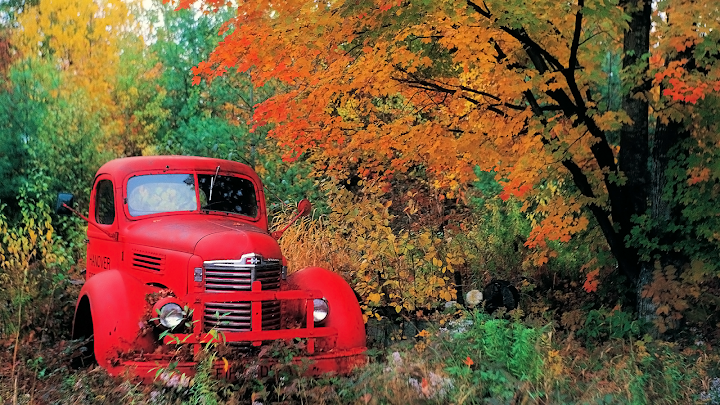 2013, Congress is More Conservative Than Ever, But They Are The Best Congress Money Can Buy

Failed gun control legislation and a fertilizer plant explosion reveal how poisoned by big money our government is.
By Bill Moyers and Michael Winship. This piece originally appeared on BillMoyers.com.

If you want to see why the public approval rating of Congress is down in the sub-arctic range — an icy 15 percent by last count — all you have to do is take a quick look at how the House and Senate pay worship at the altar of corporations, banks and other special interests at the expense of public aspirations and need.

Traditionally, political scientists have taught their students that there are two schools of thought about how a legislator should get the job done. One is to vote yay or nay on a bill by following the will of his or her constituency, doing what they say they want. The other is to represent them as that legislator sees fit, acting in the best interest of the voters — whether they like it or not.

But our current Congress — as cranky and inert as an obnoxious old uncle who refuses to move from his easy chair — never went to either of those schools. Its members rarely have the voter in mind at all, unless, of course, that voter’s a cash-laden heavy hitter with the clout to keep an incumbent on the leash and comfortably in office.

How else to explain a Congress that still adamantly refuses to do anything, despite some 90 percent of the American public being in favor of background checks for gun purchases and a healthy majority favoring other gun control measures? Last week, they ignored the pleas of Newtown families and the siege of violence in Boston and yielded once again to the fanatical rants of Wayne LaPierre and the National Rifle Association. In just the first three months of this year, as it shoved back against the renewed push for controls, the NRA spent a record $800,000 keeping congressional members in line.

And how else to explain why corporate tax breaks have more than doubled in the last 25 years? Or why the Senate and House recently gutted the STOCK Act requiring disclosure of financial transactions by White House staff and members of Congress and their staffs and prohibiting them from insider trading? It was passed into law and signed by President Obama last year – an election year – with great self-congratulation from all involved. But fears allegedly arose that there might be security risks for some in the executive branch if their financial business was known. That concern was examined by the Columbia Journalism Review, which “consulted four cybersecurity experts from leading think tanks and private security consultancies. Each came to the same conclusion: that Congress’s rationale for scrapping the financial disclosure rules was bogus.” Nonetheless, the House and Senate leapt at the opportunity to eviscerate key sections of the STOCK Act when almost no one was watching. And the president signed it.

Then there’s the fertilizer plant in West, Texas, where last week, fire and explosion killed at least 15 — 11 of them first responders — and injured more than 200. The Reuters news service reported that the factory “had last year been storing 1,350 times the amount of ammonium nitrate that would normally trigger safety oversight by the U.S. Department of Homeland Security.” Why wasn’t Homeland Security on top of this? For one thing, the company was required to tell the department — and didn’t. For another, budget cuts demanded by Congress mean there aren’t enough personnel available for spot inspections.

Same goes for the Occupational Safety and Health Administration – OSHA. The plant hadn’t been inspected in nearly thirty years, and there are so few OSHA inspectors in Texas that it would take 98 years for them to take a look at each workplace in the state once. According to the non-partisan reform group Public Campaign, “Already only able to conduct 40,000 workplace inspections a year in a country with seven million worksites, OSHA will see its budget cut by an additional 8.2 percent this year on account of the sequester.”

Congress quietly acquiesces as the regulations meant for our safety are whittled away.

Twelve members of Congress want to make a bad situation even worse, sponsoring the industry-backed General Duty Clarification Act; its banal title hiding that, as reported by Tim Murphy at Mother Jones magazine, “The bill is designed to sap the Environmental Protection Agency of its powers to regulate safety and security at major chemical sites, as prescribed by the Clean Air Act.”

“‘We call that the Koch brothers bill,’ Greenpeace legislative director Rick Hind says, because the bill’s sponsor, GOP Rep. Mike Pompeo, represents the conservative megadonors’ home city of Wichita, Kansas. (The sponsor of the sister legislation in the senate, GOP Sen. Pat Roberts, represents the Kochs’ home state of Kansas.) The brothers have huge investments in fertilizer production, and Hind thinks they’ll ultimately get what they want, whether or not the bill becomes law.”

No coincidence, perhaps, that the sponsors of the House bill and Senator Roberts, Public Campaign reports, “have collectively taken over $670,000 from the chemical manufacturing industry over their careers.” Since 2011, the industry has spent $85.1 million lobbying.

Congress quietly acquiesces as the regulations meant for our safety are whittled away. The progressive website ThinkProgress notes that even though food related infections — which kill 3,000 and sicken 48 million Americans each year — rose last year, congressional and White House budget cuts may mean up to 600 fewer food inspectors at meat and poultry plants, leaving it up to the industry to police itself. That rot you’re smelling isn’t just some bad hamburger.

It’s true that ninety-two percent of Americans say, yes, reducing the deficit and spending cuts are important, but all on their own the people have figured out cuts that make more sense than anything Congress and its corporate puppeteers want to hear about. Mattea Kramer, research director at the National Priorities Project, says “a strong majority” — 73 percent of us — want a reduced reliance on fossil fuels, and fifty percent want something done about climate change. A carbon tax would help with both, and raise an estimated $125 billion every year. Response from Congress: crickets.

Fifty eight percent of the U.S., according to Gallup, wants “major cuts in military and defense spending,” the average American favoring a reduction of 18 percent. Good luck — the Pentagon and defense contractors already are bellowing about the puny 1.6 percent reduction called for in the new White House budget.

Mattea Kramer writes that Americans for Tax Fairness, a coalition of 280 organizations, has “identified 10-year budgetary savings of $2.8 trillion simply by limiting or eliminating a plethora of high-income and corporate tax loopholes.” Congress is busily revising the tax code as we speak but how many of those loopholes and other perks like credits and deductions do you bet will go away?

Not many if the lobbying industry has anything to do with it. The House Ways and Means Committee has eleven working groups considering rewrites and according to the congressional newspaper The Hill, they’re quietly meeting with lobbyists and other interests – “deep pocketed players” — all the time. Keep your eye on who’s donating to the re-election campaigns of each of those working group members as we move toward the midterms next year.

Over on the Senate side, The New York Times recently reported those seeking to cut taxes and hang onto their incentives as the code is revised have found one strategy that seems to work – hire firms that employ former aides to Democratic Senator Max Baucus, chairman of the Senate Finance Committee. The Times analyzed lobbying files and found at least 28 of his ex-staffers “have lobbied on tax issues during the Obama administration – more than any other current member of Congress.”

Reporter Eric Lipton writes, “… Many of those lobbyists have already saved their clients millions — in some cases, billions — of dollars after Mr. Baucus backed their requests to extend certain corporate tax perks, provisions that were adopted as part of the so-called fiscal cliff legislation in January.”

Senator Baucus’ spokesman was quick to say that his boss regularly rejects requests as well, but the fact is, he added, “Oftentimes good policy can indirectly benefit someone. That doesn’t mean it shouldn’t be done.”

Just so. Which is why, for example, Senator Mitch McConnell, the Republican minority leader who likes to complain about the current tax code’s four million words of red tape – seven times the length of War and Peace — will doubtless support tightening loopholes, right? A January report from Public Campaign Action Fund, found that, “Companies that lobbied against bringing jobs back to America and ending tax breaks for offshoring have given McConnell one million dollars to win his elections and look out for their interests.” In other words: don’t hold your breath.

No wonder the biggest newspaper in his native Kentucky said in a recent editorial that McConnell “has long ceased to serve the state, instead serving the corporate interests he counts on for contributions and leading obstruction that continues to plague Congress.”

Sadly, such is the way of Washington, home of the scheme and the fraud, where the unbreakable chain between money and governance weighs heavy and drags us ever deeper into a sinkhole of inaction and mediocrity.

Michael Winship is senior writing fellow at Demos and a senior writer of the new series, Moyers & Company, airing on public television.