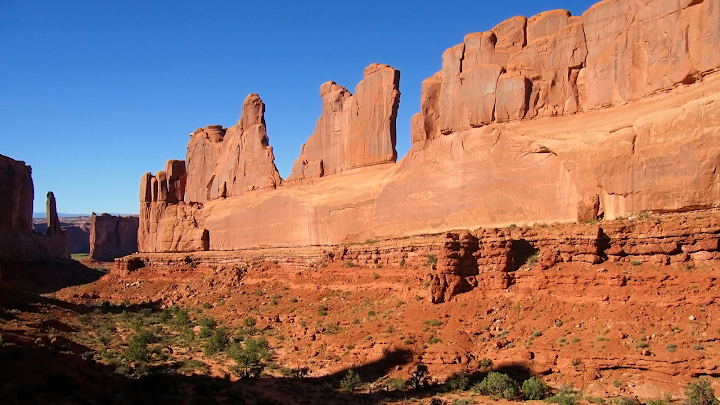 The first two parts of this post are about specific issues, but also about the conservative movement’s inability to admit wrong, to have moral priorities and the media establishment’s tendency to never punish conservative “experts” for being repeatedly wrong. Fox Analysts Urge “Irresponsible” Obama To Do “Something,” But Won’t Say What

Bill Kristol (William Kristol) wants to go to war in Syria, but he won’t say what that war should look like. Appearing on Fox News Sunday to discuss reports of chemical weapons attacks in Syria, the Weekly Standard editor (and noted Iraq war hawk) attacked President Obama as “totally irresponsible” for indicating that he doesn’t want “to start another war,” saying: “You’ve got to do what you’ve got to do.”

[   ]…Kristol’s call for (non-specific) military action got a boost from Fox News senior political analyst Brit Hume, who observed: “There’s something to be said for doing something. That if they cross a line, you’ve got to do something. Now whatever it is may not directly affect the chemical weapons use, but if it directly affects and harms the regime’s prospects in the war, that would at least be a consequence.”

According to Hume, doing “something” (whatever that is) wouldn’t be as difficult as people suspect. “This isn’t Mission: Impossible.”

The Chicken-Hawk conservative experts are as brave about spending other people’s lives as they ever were. This is the gravely serious analysis Kristol gave the USA in 2003,

On March 17, 2003, on the eve of our invasion of Iraq, Bill Kristol wrote the following:

We are tempted to comment, in these last days before the war, on the U.N., and the French, and the Democrats. But the war itself will clarify who was right and who was wrong about weapons of mass destruction. It will reveal the aspirations of the people of Iraq, and expose the truth about Saddam’s regime. It will produce whatever effects it will produce on neighboring countries and on the broader war on terror. We would note now that even the threat of war against Saddam seems to be encouraging stirrings toward political reform in Iran and Saudi Arabia, and a measure of cooperation in the war against al Qaeda from other governments in the region. It turns out it really is better to be respected and feared than to be thought to share, with exquisite sensitivity, other people’s pain. History and reality are about to weigh in, and we are inclined simply to let them render their verdicts.

Well, it’s been almost four years since Kristol penned those smug, taunting words, and I think it’s fair to say that history and reality have indeed weighed in. There were no weapons of mass destruction. Our invasion has destabilized the entire region (and not in a positive way) and has actually exacerbated the overall terrorist threat our country faces. We are no longer feared or respected, at least nowhere near the degree we were before the invasion. Over 3000 American soldiers have lost their lives (with many thousands more badly injured). Tens of thousands of Iraqis (perhaps hundreds of thousands) have been killed and millions more displaced. We’ve squandered billions of dollars, as well as our national credibility and mystique. And our armed forces are currently bogged down and stretched to the limit as they undertake the thankless task of policing an escalating civil war.

Kristol and his sycophants in the conservative movement have always tried to portray Kristol as their sober cleared eyed foreign policy expert. Kristol is not one to be content to always be wrong about one field of expertise. He has an equally shaky grasp of economics. Paul Krugman Lied and Made Paul Ryan Cry, Then The Economy Died,

The new line on the right is that the economy is now swooning because President Obama criticized Paul Ryan.

And here, via Nexis, is Bill Kristol on Fox News Sunday:

I don’t think it’s an accident that the people have lost confidence in the last two months. I actually think it’s hurt him politically.

Remember earlier this year he was going to compromise with Republicans, he was getting serious about the debt, he was pivoting to the center? I think that April 13 speech could be a moment where people look back and say, he went for a short-term political benefit, but hurt his prospects next year and hurt the economy.

I would myself lay much more emphasis on economic factors like: (i) the continuing destruction of American consumer wealth as housing prices deflate; (ii) the burden of rising oil prices; (iii) the collective decision of American consumers to increase their saving by 6 points of personal income – a laudable decision, but one that subtracts a lot of demand from the economy.

But if I were a believer in the business confidence theory, here’s the counter-question I’d put to Michael Barone:

Which is more likely to subtract from business confidence: a lame speech by the president – or a highly credible and sustained threat by the majority party in the House of Representatives to force a default on the debts, contracts, and other obligations of the United States?

Frum is also a conservative. While David racks up a fair share of wrongs, he comes out looking like Einstein  next to Kristol. Part two of there is no downside to being bonehead conservative, James O’Keefe’s New Gonzo Army. The Breitbart protégé is hunting for some like-minded compatriots.

And so, on a sunny April morning, here they are at a Citizen Watchdog Summit aimed at training them in the art of citizen journalism, an event sponsored by the conservative Americans for Prosperity Foundation, which was created with support from David and Charles Koch. After an opening address, a speaker asks for a little audience participation.

“How many of you are on Facebook?” About half the agents raise their hands.

“How many of you are on Twitter?” About a quarter raise their hands.

“How many of you have done online video?” Two hands rise up from the crowd.

This is a bit of a problem for O’Keefe, who, during his talk, informs the agents that the goal is to “start an information revolution,” not with “pitchforks or guns” but with media. “I think it’s about video. I’m a video guy.”

O’Keefe scored a big Con victory when Piers Morgan wanted to read a petition before signing it. That is an example of the “revolution.” O’Keefe pointed out to the crowd of seniors that he has a hard time traveling. Why? because he is on probation. And that is only for the one thing he was prosecuted for, not the sleazy behavior and serial lying. In the couple of instances where he has found someone not adhering to the letter of the law, they were ethical misconduct issues, not culture wide examples of rampant corruption. If it is hypocrisy he wants to expose, why have we never seen him pull one of gonzo video attacks on one of those red staters who are collecting unemployment insurance, or depend on Medicare or Social Security – my neighbors in other words. I’m not saying my conservative neighbors would smack this sleazeball, but they would tell him where he could put his gotcha video camera. he gets part of his financing from the Koch brothers. Why no gonzo video on all the govmint subsides the Kochs get – oil subsidies, cheap limber from publicly owned forests, police protection for their property, a govmint safety net for their ill or injured employees. And why is O’Keefe deceiving this retired conservatives by painting them a world view that is so distorted by zealotry it barely resembles the world real Americans live in. Honor has proven very disposable in O’Keefe World.