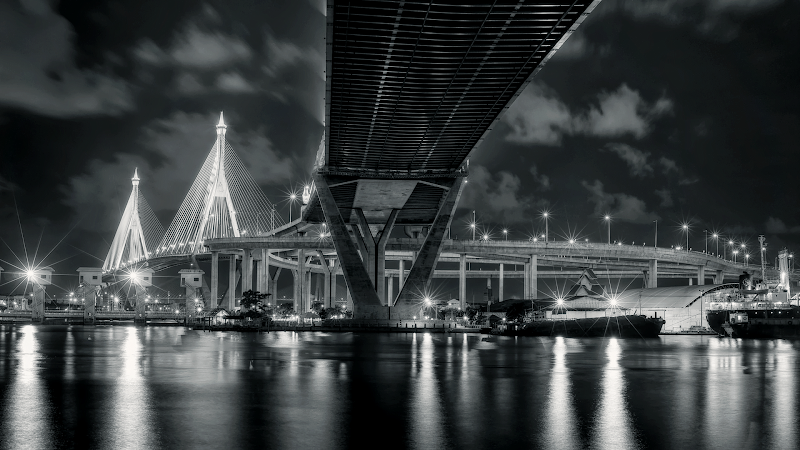 Everyone can bicker around the edges, but no one believes the IRS should single out or target anyone based on politics. From the shrill whining it does seem like conservatives are enjoying and inflating a low level scandal. A scandal in which heads have already rolled, more than they want to admit. Remember whenever conservatives get into outrage mode, and I do mean whenever, they have always done it themselves , done more of it, done it to new lows, and done with with the dogged determination of a true nationalist zealot,   When the IRS targeted liberals. Under George W. Bush, it went after the NAACP, Greenpeace and even a liberal church.

While few are defending the Internal Revenue Service for targeting some 300 conservative groups, there are two critical pieces of context missing from the conventional wisdom on the “scandal.” First, at least from what we know so far, the groups were not targeted in a political vendetta — but rather were executing a makeshift enforcement test (an ugly one, mind you) for IRS employees tasked with separating political groups not allowed to claim tax-exempt status, from bona fide social welfare organizations. Employees are given almost zero official guidance on how to do that, so they went after Tea Party groups because those seemed like they might be political. Keep in mind, the commissioner of the IRS at the time was a Bush appointee.

The second is that while this is the first time this kind of thing has become a national scandal, it’s not the first time such activity has occurred.

“I wish there was more GOP interest when I raised the same issue during the Bush administration, where they audited a progressive church in my district in what look liked a very selective way,” California Democratic Rep. Adam Schiff said on MSNBC Monday. “I found only one Republican, [North Carolina Rep. Walter Jones], that would join me in calling for an investigation during the Bush administration. I’m glad now that the GOP has found interest in this issue and it ought to be a bipartisan concern.”

It is perfectly legitimate for the IRS to question the 501(c)(4) status of political groups – are they really using those secret donations for public awareness/education or are they doing overt political activity . and thus cheating other tax payers.

Republicans are hoping for a bundle of scandals, true or not hardly matters, to get some air in their sails for the 2014 mid-terms. Only every inflated event they have tried to make into a scandal has fallen apart. They know this, so we have the general anger and frustration. It is a shame that conservatives have no sense of humor. They see no irony in comparing Obama to President Nixon ( a president that was too far left to be elected today),

References to Watergate, impeachment, even Richard Nixon, are being tossed around these days as if they were analogous to the current so-called scandals. But the furors over the IRS, Benghazi, and the Justice Department’s sweeping investigation of the Associated Press, don’t begin to rise—or sink—to that level. The wise and pithy Matt Dowd, a former Republican operative, said recently, “We rush to scandal before we settle on stupidity.” Washington just loves scandals; they’re ever so much more exciting than the daily grind of legislation—if there is any—and the tit-for-tat between the president and the congressional Republicans over the budget was becoming tedious. Faux outrage is a specialty here.

Obama, anxious not to be seen defending everybody’s punching bag, the IRS, quickly ceded ground on what could be perfectly defensible actions. He may come to regret taking what seemed a trigger-happy decision to order a criminal investigation of the Internal Revenue Service, a sure way to drag people who may have—may have—simply made errors of judgment through a long and expensive legal process that is likely also to keep the agency from examining the validity of the application for tax-free status of any group with powerful allies. If following the Citizens United decision there is a sudden doubling of the number of new organizations with similar names and missions and also with a clear political agenda suddenly spring up and apply for tax exempt status—and also the right to hide the names of their donors—might it not make sense to use a search engine to find them? This what the just-fired sacrificial acting IRS commissioner, testifying before a congressional committee on Friday, termed a “grouping” of the cases that had already been almost universally condemned as “targeting,” which he insisted it wasn’t. But this simple explanation wouldn’t do, didn’t warrant the term “outrage” routinely conferred on the IRS case. Could it just possibly be that the Tea Party and their allies see a great benefit in making a stink over this? How better to freeze the IRS examinations of these groups?

According to press reports none of the Tea Party groups have as yet been denied 501(c)(4) status, though this has happened to some liberal organizations. The real problem is that the process takes a long time and the questions are excessive, some even ridiculous. Pinning the whole thing on Obama—pinning all that they can of these “scandals” on him—gladdens most Republicans’ hearts. I say “most,” because such prominent conservative commentators as Charles Krauthammer and Bill Kristol have urged the Republicans to proceed with more caution, fearing that as often happens they will overdo it. And Republican congressional leaders have begun to worry that the troops may go too far, inviting the sort of backlash that smacked Newt Gingrich and his fellow revolutionaries in 1998, following their reckless impeachment of Bill Clinton, losing them seats and costing Gingrich his Speakership. It’s quite possible that some lower-rank government employees did some stupid things, and it’s clear that the agency had poor leadership (under a Bush-appointed director) but there is no evidence that any of this was directly or indirectly on the president’s orders.

Conservative priorities are not about what is good for the country anymore than Monsanto cares about about clean water or Mitt Romney cares about teachers. Like wife beaters who claim they’re doing for their wife’s own good, they see themselves as good people – the delusional usually do. If Republicans had patriotic priorities they’d care about the working poor getting enough to eat, they’d care about doing some simple thing that might bring down gun deaths, they’d care about sea level rise due to man-made climate change, they would care about the effects of the sequester on kids with cancer. The morally corrupt Darrell Issa (R-CA) would be having hearings on Congressional negligence in addressing these issues, but he would rather sit in a stupor repeating Benghazi, Benghazi Benghazi over and over again. Republicans would be writing endless long editorials about how so much of America’s financial sector has betrayed the social contract that makes democracy and capitalism possible, The 1 Percent Are Only Half the Problem

The decline of labor unions is what connects the skills-based gap to the 1 percent-based gap. Although conservatives often insist that the 1 percent’s richesse doesn’t come out of the pockets of the 99 percent, that assertion ignores the fact that labor’s share of gross domestic product is shrinking while capital’s share is growing. Since 1979, except for a brief period during the tech boom of the late 1990s, labor’s share of corporate income has fallen. Pension funds have blurred somewhat the venerable distinction between capital and labor. But that’s easy to exaggerate, since only about one-sixth of all households own stocks whose value exceeds $7,000. According to the left-leaning Economic Policy Institute, the G.D.P. shift from labor to capital explains fully one-third of the 1 percent’s run-up in its share of national income. It couldn’t have happened if private-sector unionism had remained strong.

These numbers are why conservative politicians and pundits spend so many hours of the week talking about someone on food stamps buying a can of soda, or some immigrant caught shop lifting, or pumping up small bureaucratic screw-ups into scandals. Detract the American public with pettiness so they’ll ignore the fact that they’re getting the shaft.

From Mount FaceBook from where she pronounces all the rules to live by, Sarah Palin proclaims, “Mr. President, when it rains it pours, but most Americans hold their own umbrellas.”