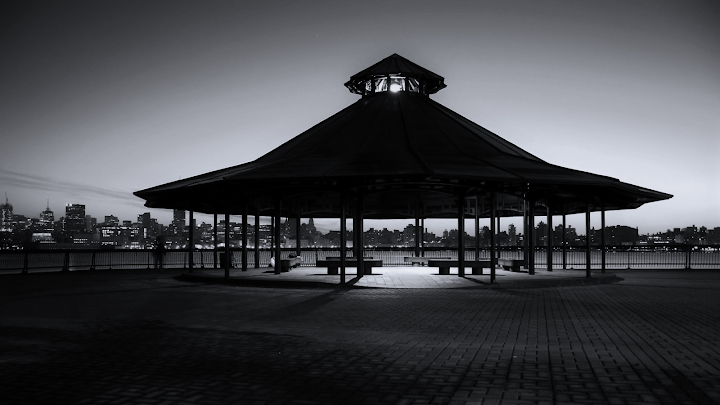 I’ve read several accounts, including searching official White House site announcements and as of today or right this minute, the Obama administration is leaning towards ( though the White House has not confirmed) giving small arms aid to Syrian rebels. U.S. Is Said to Plan to Send Weapons to Syrian Rebels.

This announcement has prompted some of the world’s worse foreign policy analysts to chip in their comments. These conservative bloggers and pundits are the same ones that helped sell the nation on the bogus idea that Iraq had something to do with 9-11, that Iraq had WMD, that Iraq – a country that could not shoot down one U.S. plane during ten years of enforcing the no-fly zone, was an “urgent” threat to the security of the U.S. None of these conservative bloggers or pundits have shown any regret for their less than patriotic activites on behalf of the neocon agenda, much less apolgized to the familes of those killed or maimed. One could call them the Fraternal Order of Always Wrong Keyboard Warriors in honor of the Weakly Standard’s Bill Kristol. The conservative Astute Bloggers have always been less than astute, especially so when they were accusing anyone who called out Bush administration lies, terrorist sympathizers. They haven’t learned anything, MORE PROOF HE IS EVIL: OBAMA HAS DECIDED TO GIVE MILITARY SUPPORT TO AL QAEDA’S AFFILIATES ( they still think writing in all caps is some kind of magic that makes them right)

BY AIDING THE SO-CALLED “REBELS” IN SYRIA, OBAMA IS AIDING THE TERRORISTS WHO ATTACKED US ON 9/11 – AND WHO HAVE PUBLICLY SWORN TO ATTACK US AGAIN.

BY DOING THIS, OBAMA IS AIDING AL QAEDA AFFILIATES.

THIS LEGALLY MAKES OBAMA A LEGAL TARGET OF THE 2001 AUMF AND MEANS SHOULD BE IMPEACHED.

Gosh, that sounds serious. Before the usual suspects break another strand of pearls, there are a few details to consider. One, why didn’t the far Right demand George W. Bush be impeached,  2007, U.S. Funds Being Secretly Funneled To Violent Al Qaeda-Linked Groups

New Yorker columnist Sy Hersh says the “single most explosive” element of his latest article involves an effort by the Bush administration to stem the growth of Shiite influence in the Middle East (specifically the Iranian government and Hezbollah in Lebanon) by funding violent Sunni groups.

Hersh says the U.S. has been “pumping money, a great deal of money, without congressional authority, without any congressional oversight” for covert operations in the Middle East where it wants to “stop the Shiite spread or the Shiite influence.” Hersh says these funds have ended up in the hands of “three Sunni jihadist groups” who are “connected to al Qaeda” but “want to take on Hezbollah.”

Hersh summed up his scoop in stark terms: “We are simply in a situation where this president is really taking his notion of executive privilege to the absolute limit here, running covert operations, using money that was not authorized by Congress, supporting groups indirectly that are involved with the same people that did 9/11.”

Whose side are the conservative bloggers on? They’re on the side of Syrian dictator Bashar al-Assad. In the MYT article it confirms that the U.S. has joined in confirming French and British intelligence in confirming that al-Assad has used chemical weapons on the rebels. al-Assad is backed by Iran, Russia and Hezbollah has recently sent in fighters to help him. So that is the side these very astute bloggers are on. The major portion of the rebel resistance is not made up of the forces of Brigadier General Salim Idris leader of the Supreme Military Council (SMC) of the Free Syrian Army. he is generally considered a pro-democracy moderate. This is a story from the conservative rag called The Washington Times, Syrian rebel leader cites Hezbollah in attack on town. “Hezbollah chief Hassan Nasrallah has confirmed that his fighters are aiding Mr. Assad’s forces.” Some bloggers are lucky they can’t be impeached. Conservatives who are not taking the impeach Obama approach are resorting to the usual shop-worn canards about Obama either being too slow to act on behave of the rebels or he is using all of this to “wag the dog”. It doesn’t take the world’s biggest set of balls to take those approaches. One has only to live in world of utter cognitive dissonance about one’s past behaviors. I’m not an especially big fan of Daniel W. Drezner, and the cynicism built into this argument is galling to anyone with high ideals, but he is probably right. Why Obama is arming Syria’s rebels: it’s the realism, stupid.

To your humble blogger, this is simply the next iteration of the unspoken, brutally realpolitik policy towards Syria that’s been going on for the past two years.  To recap, the goal of that policy is to ensnare Iran and Hezbollah into a protracted, resource-draining civil war, with as minimal costs as possible.  This is exactly what the last two years have accomplished…. at an appalling toll in lives lost.

This policy doesn’t require any course correction… so long as rebels are holding their own or winning. A faltering Assad simply forces Iran et al into doubling down and committing even more resources.  A faltering rebel movement, on the other hand, does require some external support, lest the Iranians actually win the conflict.  In a related matter, arming the rebels also prevents relations with U.S. allies in the region from fraying any further.

So is this the first step towards another U.S.-led war in the region?  No.  Everything in that Times story, and everything this administration has said and done for the past two years, screams deep reluctance over intervention.  Arming the rebels is not the same thing as a no-fly zone or any kind of ground intervention.  This is simply the United States engaging in its own form of asymmetric warfare.  For the low, low price of aiding and arming the rebels, the U.S. preoccupies all of its adversaries in the Middle East.

The moment that U.S. armed forces would be required to sustain the balance, the costs of this policy go up dramatically, far outweighing the benefits.  So I suspect the Obama administration will continue to pursue all measures short of committing U.S. forces in any way in order to sustain the rebels.

It is almost always ca cringe warning when a conservative has the gull to begin an argument using the term realpolitik. And they loved to use the word during the Bush-Cheney era. This might be one occasion where the cynical things being done in the name of realpotik might well be the best choices among choices that range from bad to worse. No one wants U.S. military boots on the ground. That is not going to happen, nothing be be wagged in that sense. As Daniel says that conflict is draining Iran and Russia, and has sucked in militant group Hezbollah. Not a back outcome so far – except for the  dead rebels. The liberal hawks, including Bill Clinton, as a proxy for Hillary have weighed in for more direct intervention. That would be huge mistake since Iran and Russia would respond in kind. This is a good but not perfect analysis from Professor Juan Cole, Obama should Resist the Clintons & Europe on Syria

– The backing for the regime of Russia and Iran makes this more like Vietnam, where the Russians and Chinese supported the Viet Cong, than like the Balkans in the early 1990s when the Russians were weak and supine.

– Flooding Syria with medium or heavy weaponry could destabilize it and its neighbors, including Israel & Palestine, for decades, as the CIA did to Afghanistan and Pakistan. Often in the past, US intelligence actually urged locals involved in covert wars to grow and peddle drugs to get money for weapons, creating long-term problems of narco-terrorism, which still plague Afghanistan and Pakistan.

– The prominence of the Nusra Front and other hard liners affiliated to al-Qaeda in the opposition ranks means the US could end up arming terrorists and helping them take over a whole country.

Where Cole seems to go a bridge or fig leaf too far is the recommendation that rebels began a peaceful civil resistance campaign. If he has in mind the rebels laying down arms at this point I think he needs to reconsider the al-Saad regimes current actions ( chemical warfare) and murderous past history. There is ample reason to think there would be a rebel blood bath. If the rebels keep getting logistical support, some small arms and medical aid they could fight the regime to a stand-off. One where they have a much stronger negotiating position. Marc Lynch at FP is also cynical, but hopeful, Forget about “how” to intervene in the Syrian civil war.

The debate about open U.S. military intervention in Syria should therefore be built around a frank discussion of the goals, not only the means. At the moment, advocates of arming the rebels switch between making the case that it would strike a blow against the Iranians, and that it would improve the prospects for a negotiated solution. The fundamental tension between those who argue that the rebels need more arms so that Assad will be forced to come to the table, and those who argue that this is a path leading to the complete defeat of the Syrian regime should be resolved now — not after Washington gets involved.

The reality is that the Obama administration has done very well to resist the steady drumbeat to intervene in Syria. Can anyone who has observed Assad’s tenacity over the last year still believe that his regime would have rapidly crumbled in the face of airstrikes or no-fly zones last year? Had the United States gone that route, Syria today would likely look much like it does now — except with America trapped in a quagmire and Obama under relentless pressure to escalate.

I suspect that Obama knows better than to give in to the pressure to arm the rebels simply to appear to be “doing something.” But to sustain that posture, his administration is going to have to look beyond the array of policy options and explain precisely what the United States wants to achieve in Syria.

I think Marc’s colleague Daniel explained it pretty well. Keeping the rebels fighting will probably wear down all the regime and its supporters. They too have a constituency to which they have to explain what they’re going to get out of continuing a war forever and what they’ll get out of it. The Gulf states like Saudi Arabia literally have bottomless bank accounts – Russia and Iran do not. As we saw in Lebanon a few years ago even Hezbollah can be worn down.

There is such a thing as the subconscious. So either subconsciously or perhaps consciously, Sen. Marco Rubio (R-FL) has decided that he has no desire to be president in 2016, Rubio Says It Should Be Legal To Fire Someone For Being Gay.