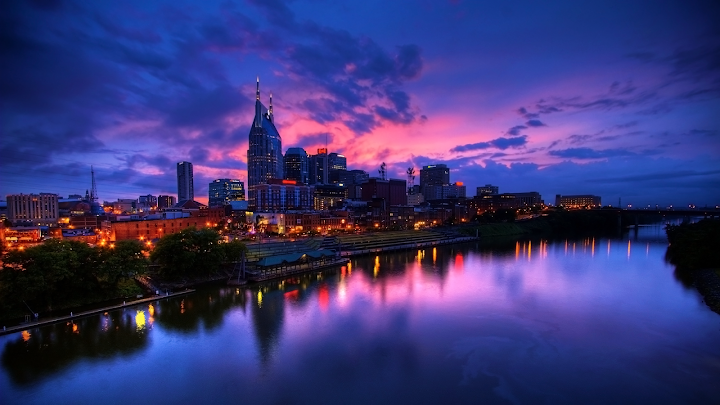 I was going to take a pass on the Paula Deen fiasco. her business relies so much on a good public perception of her that she will more or less reap what she sowed. Now Fox news has decided to jump in and defend her, using lies to do so, Fox News Correspondent Starnes: “The Liberal, Anti-South Media Is Trying To Crucify Paula Deen”

A Fox News correspondent is attacking “the liberal, anti-South media” for unfairly “trying to crucify Paula Deen” over her admission in a court deposition that she’s used racial epithets.

Todd Starnes, who also hosts a Fox News Radio segment, wrote on his Facebook page that the “liberal, anti-South media is trying to crucify Paula Deen. They accuse her of using a derogatory word to describe a black person. Paula admitted she used the word — back in the 1980s – when a black guy walked into the bank, stuck a gun in her face and ordered her to hand over the cash. The national media failed to mention that part of the story. I’ll give credit to the Associated Press for telling the full story.”

Starnes also defended Deen via Twitter, writing: “The mainstream media hates Paula Deen […] I think it’s because most of them don’t eat meat.”

Starnes’ defense of Deen doesn’t square with reports about Deen’s deposition. The Huffington Post reported it “obtained a transcript of the deposition in question” and Deen is quoted as stating she “probably” used the word “in telling my husband” about the incident, and she is “sure” she’s used it since then, “but it’s been a very long time.” She went on to say “my children and my brother object to that word being used in any cruel or mean behavior. As well as I do.”

Deen also discussed planning a “really southern plantation wedding” and was asked if she used the n-word then:

Lawyer: Is there any possibility, in your mind, that you slipped and used the word “n–r”?

Deen: No, because that’s not what these men were. They were professional black men doing a fabulous job.

She apologized today in an online video “to everybody for the wrong that I’ve done … Inappropriate and hurtful language is totally, totally unacceptable.”

In 2011, Starnes tweeted “Blacks riot at Burger King” and linked to a local news story about a cell phone camera capturing a brawl at a Panama City Beach Burger King. The story did not mention or discuss the race of the participants. The tweet was later deleted.

I don’t know where Starnes was born or where he lives. I suspect he is not a southern. Most of us are not crazy about having the kind of lingering racism that Deen is guilty of and that Starnes defends. When the media points out what someone said, under oath mind you, and that language is clearly racist, the media is not being anti-South, it is being anti-racist. I do not take offense at someone pointing out racism, so why is Starnes. Why does he think it necessary to defend racism to the point where he is willing to act like a clown without honor. It that how desperate conservatism has become. Every time someone does or says something deeply crude and offensive, Fox news runs to the rescue. Nope, we must not let millionaires who say things that are immoral take their lumps, they must be guarded from the reasonable reactions to unreasonable behavior. In driving the clown car of conservative racism Starnes for got to think that maybe he was, in addition to his own record of racism, displayed an amazing amount of pretension and contempt for the South.

We might be wrong about the conservatives how the SCOTUS thinking tat corporations are human. They actually seem to think that corporations are special units of being. Beings that require special rights and privileges exceeding those of human beings, Worst Supreme Court Arbitration Decision Ever

So, today, in American Express v. Italian Colors, the U.S. Supreme Court said that a take-it-or-leave-it arbitration clause could be used to prevent small businesses from actually pursuing their claims for abuse of monopoly power under the antitrust laws. Essentially, the Court said today that their favorite statute in the entire code is the Federal Arbitration Act, and it can be used to wipe away nearly any other statute.

As Justice Kagan said in a bang-on, accurate and clear-sighted dissent, this is a “BETRAYAL” (strong word, eh?) of the Court’s prior arbitration decisions. You see, until now, the Supreme Court has said that courts should only enforce arbitration clauses where a party could “effectively vindicate its statutory rights.” Today, in a sleight of hand, the five conservative justices said that this means that arbitration clauses should be enforced even when they make it impossible for parties to actually vindicate their statutory rights, so long as they have a theoretical “right” to pursue that remedy.

The plaintiffs in this case, restaurants and other small merchants, claim that American Express uses its monopoly power over its charge card to force them to accept American Express’s credit cards and pay higher rates than they would for other credit cards. This is called a “tying arrangement” under the antitrust laws — American Express is alleged to be using its monopoly power over one product to jack up the price of another product to higher rates than it could charge in a competitive market.

For plaintiffs to prove this kind of case, they have to come up with hard evidence — economic proof — that costs hundreds of thousands of dollars. And each individual merchant has only lost, and thus can only hope to recover, a small fraction of that amount. The U.S. Court of Appeals for the Second Circuit recognized that if American Express’s arbitration clause (and particularly its ban on class actions) was enforced, that would mean that none of the small business plaintiffs could enforce their rights under the antitrust laws. And under a long line of Supreme Court cases, arbitration clauses are only enforceable when they permit the parties to effectively vindicate their statutory rights.

Today’s decision turns that rule on its head. According to Justice Scalia’s majority opinion, even if an arbitration clause would mean that no individual would ever actually be able to pursue an antitrust claim on an individual basis, the arbitration clause still has to be enforced. The law has changed dramatically — parties no longer have a right to “effectively” vindicate their statutory rights; they are left with the meaningless but formal right to pursue economically irrational claims if they choose to do so.

This would be one of those pro-business arrangements that conservatives like so much. One that makes small business and consumers helpless victims, but which makes sure the feudal overlords of business can raid and blunder as much as they like. If conservatives politicians and legal wizards were ever hooked up to a device that made them loose a tooth every time they used their nonsensical doublespeak, they’d be toothless in a week. The average conservative blog and their comment section is filled with invectives about how tyrannical Obama or some Democrat is, yet they’re celebrating a SCOTUS decision that took away some, not just basic legal rights, but economic and human rights. This decision, along with Citizens United , are poster issues for the kind of tyranny that the conservative movement passes off as freedom.,