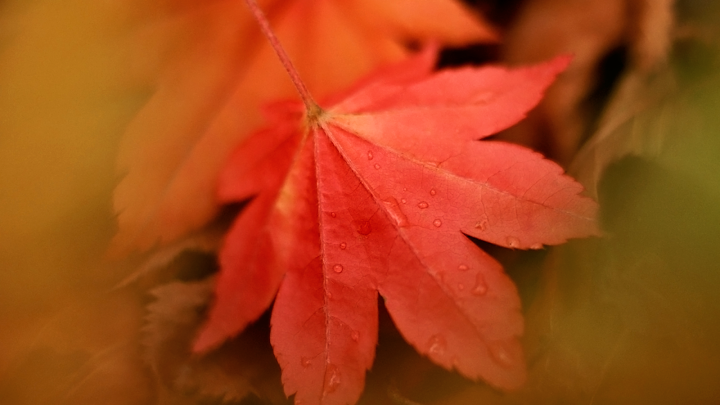 That wallpaper looks brighter on my desktop than on the net.

It should be a given that humans being flawed regardless of their politics, that Democrats and conservatives would do some things they’re not supposed to be doing. Conservatives, Fox news, Drudge and Michelle Malkin have made it a large part of their job to take the incidents involving Democrats and blow them up as much as possible. Their hope is that no one will notice that conservatives engage in all kinds of finical and moral corruption at a rate that makes Democrats look like amateurs. These two stories are god example: 1. Republican Mississippi sheriff indicted on 31 counts for abusing powers

The sheriff for Jackson County, Mississippi was indicted Friday on 31 criminal counts and accused of abusing his position to not only order a female deputy to give him sexual favors, but pursue a murder case against the wishes of an investigating detective.

WKRG-TV reported on Friday that the charges against Sheriff Mike Byrd include 10 counts of embezzlement, and 10 counts of fraud, two counts of extortion and one count of perjury, among other charges. Authorities contend that Byrd, a Republican currently in his fourth term in office, has used his position to target personal and political opponents and fudge his record to boost his re-election prospects.

Despite the daily shenanigans of law enforcement officers across the country, it is still a respected profession. People inherently trust law enforcement to, well, trustworthy. Conservatives have been toting their “values” for more than half a century. Despite a long and tortuous record of having less than stellar values. Add in the self righteous hypocrisy and they just end up looking pitiful and desperate. And 2. In Effort To Woo Female Voters, Mitch McConnell Touts Women’s Law He Voted Against

A press release distributed by Sen. Mitch McConnell’s (R-KY) campaign at a “Women for Team Mitch” event on Friday brags about the Senate Minority Leader’s support for the Violence Against Women Act, even though McConnell voted against the measure in 1994, 2012, and 2013.

“Mitch was the co-sponsor of the original Violence Against Women Act — and continues to advocate for stronger polices to protect women. I am proud to call him my senator,” the document quotes a voter as saying.

Joe Sonka, a staff writer for Louisville’s Alt-Weekly first tweeted a copy of the release, hinting at the contradiction and noting that McConnell didn’t address women’s issues at the event or take any questions from women. Former Congresswoman Anne Northup, a spokesperson for the campaign, also told Sonka that bills like the Lilly Ledbetter Act and Paycheck Fairness Act — both of which McConnell voted against — “make the workplace more difficult for women.”

McConnell has embellished on his voting record in the past, insisting that he voted against VAWA because he sought a stronger version. During the event, McConnell’s wife, former Labor Secretary Elaine Chao, also claimed that her husband supports increasing cancer screenings and check-ups for women, even though he is campaigning on repealing the Affordable Care Act, which specifically increases women’s access to preventive medicine.

Of course McConnell (R-KY) has to campaign on repealing the Affordable care Act (Obamacare) because the tea smoking base is obsessed with it. This is the same base that includes a lot of people on those government socialized programs called Medicare and Medicaid. No use trying to embarrass conservatives with their lies and hypocrisy. It is like some people are color blind, conservatives cannot see the web of convoluted contradictions their movement runs on. The National Partnership for Women & Families disagrees with Mitch and Elaine about how the ACA will affect women’s health,

Fact Sheets: Why the Affordable Care Act Matters for Women

Summary of Key Affordable Care Act (ACA) Provisions
The Affordable Care Act (ACA) is the greatest advance for women’s health in a generation. The ACA will improve women’s access to health insurance coverage, make health care more affordable, and expand benefits — all priorities for women. Quite simply, reform is making affordable, quality health care more of a reality for women and their families. More »

Expanding Access to Health Insurance
In 2010, the year the Affordable Care Act (ACA) was signed into law, approximately 19 million women — one in five women ages 19 to 64 — were uninsured. By 2014, the ACA will provide nearly all of these women with access to comprehensive health coverage More »

Affordability and Choice in the Insurance Marketplace
Between 2010 and 2014, the Affordable Care Act (ACA) progressively implements an array of rules and protections to make the private health insurance system — including employer-sponsored plans — better meet the needs of women and families. In particular, the ACA will help rein in premium increases, improve the adequacy of benefit packages, and make coverage more reliable. More »

Improving Health Care for Older Women
Access to affordable, quality health care is central to older women’s quality of life and economic security. The good news is that if you are a woman 65 years of age or older, you have a lot to gain from the Affordable Care Act (ACA). More »

Improving Health Care Coverage for Lower-Income Women
The high cost of health care places a particular burden on lower-income women who need health services but often struggle to pay premiums and out-of-pocket costs. The problem has been exacerbated because many insurers charge women higher rates simply because of their gender, thereby putting health coverage out of reach — especially for many lower-income women. The Affordable Care Act (ACA) will dramatically improve access to affordable health care for lower-income women. More »

Better Care for Pregnant Women and Mothers
The Affordable Care Act aims to improve conditions for pregnant women and new parents by providing the services they need to have healthy pregnancies and provide their children with a good start in life. More »

Here we have some problems with how conservatives define values. They claim to care about women, families, mothers and children yet they constantly fight against even the slightest improvements in the quality of life for working class families and cry crocodile tears over any tax increases for the richest 10%.