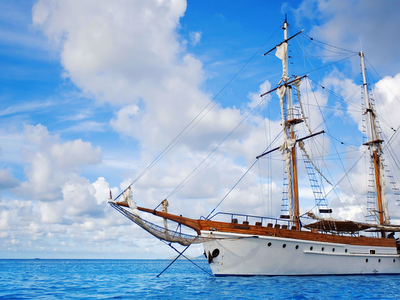 Conservative econo-wonk Larry Kudlow was probably never very bright and all that cocaine probably did not help. While regular folks would pay a price for their bad judgment, Larry, being one of the faithful water carriers on the far Right has qualified for for a lifetime of wing-nut welfare. He regurgitates fairy tale based nonsense and picks up his check.  Keystone Blue-Collar Blues ( a story that has been linked to by the usually knuckle dragging members of the anti-fact movement such a Free Republic and PJMedia).

The payroll-tax-cut debate is not really about the payroll tax, which is a very weak-kneed economic stimulant and a lackluster job creator because of its temporary nature.

How does Cocaine Larry know this? Maybe he read it on a bathroom stall. Payroll Tax Cuts And Unemployment Benefits Will Create Jobs

In Fact, Economists Agree That Unemployment Benefits Have A Strong Effect On Job Creation And Growth

[  ]…CBO Scored “Increasing Aid To The Unemployed” As The Highest-Scoring Policy Proposal To Efficiently Stimulate Economy.

To boost private sector spending and jobs, any budget deal negotiated by the president and Congress should contain an immediate suspension of the entire employee payroll tax through 2012.

As is usually the case Larry and the right-wing echo chamber just believe stuff. They repeat it. They than repeat it more loudly and more often. Suddenly, like repeating a spell over a boiling cauldron of frog legs and dragon tongue, it becomes right-wing truth. Forget all those studies and professionals. The Right don’t need no stink’n facts. Larry ain’t through yet,

By siding with the radical greenies and standing against the Keystone pipeline, Obama has turned his back on the most traditional voting bloc in the Democratic party: blue-collar, hard-hat workers.

Manufacturing workers. Construction workers. Truckers. Pipefitters. Plumbers. The Keystone opposition coming out of the White House is completely alienating all these people, the folks who work with their hands. And it’s these workers who have been decimated in the recession far more than any other group in the economy.

America missed that fax where conservatives started giving a crap about blue-collar workers and union members. Blue collar workers and unions are being sold a box full of sawdust  known as the cornucopia of jobs to be created by the XL pipeline – Pipe dreams? Jobs Gained, Jobs Lost by the Construction of Keystone XL. A report by Cornell University Global Labor Institute(pdf)

The industry’s US jobs claims are linked to a $7 billion KXL project budget.
However, the budget for KXL that will have a bearing on US jobs figures is
dramatically lower—only around $3 to $4 billion. A lower project budget means
fewer jobs.
» The project will create no more than 2,500-4,650 temporary direct construction
jobs for two years, according to TransCanada’s own data supplied to the State
Department.
» The company’s claim that KXL will create 20,000 direct construction and
manufacturing jobs in the U.S is not substantiated. ( that 20,000 jobs figure is repeated, without any qualified data by every right-wing web site)
» There is strong evidence to suggest that a large portion of the primary material
input for KXL—steel pipe—will not even be produced in the United States. A
substantial amount of pipe has already been manufactured in advance of pipeline. ( by Korea and India)
» The industry’s claim that KXL will create 119,000 total jobs (direct, indirect, and
induced) is based on a flawed and poorly documented study commissioned by
TransCanada (The Perryman Group study). Perryman wrongly includes over $1
billion in spending and over 10,000 person-years of employment for a section
of the Keystone project in Kansas and Oklahoma that is not part of KXL and has
already been built.

To put those mostly temporary jobs in perspective the economy has to create 90,000 jobs per month to keep up with the growing labor force. The best case estimates mean at the height of construction, maybe, just maybe it would bring down unemployment temporarily.02%. In a state by state break down, for those who have read the wing-nut propoganda and think the XL will bring jobs to your state,

Those are TransCanada’s own highly optimistic and discredited projections. TC will bring its own crew with it to every part of the pipeline. States will see very little revenue in terms of payroll for workers. Thus, lets say that Montana hires the most projected workers at 257 jobs for two years. Businesses in Montana will hardly notice. That is looking at the XL from a job creation perspective. How many jobs will be lost because of the pipeline and how much will it ultimately cost taxpayers. I know, this is a private project – Larry Kudlow’s idea of capitalism at work. No, it will be more of the same old conservative corporate socialism – many of the costs of the pipeline will be passed on to tax payers and local communities,

Higher Fuel Prices in 15 States
According to TransCanada, KXL will increase the price of heavy crude oil in the Midwest by almost $2 to $4 billion annually, and escalating for several years.72 It will do this by diverting major volumes of Tar Sands oil now supplying the Midwest refineries, so it can be sold at higher prices to the Gulf Coast and export markets. As a result, consumers in the Midwest could be paying 10 to 20 cents more per gallon for gasoline and diesel fuel, adding up to $5 billion to the annual US fuel bill.73 Further, the KXL pipeline will do nothing to insulate the US from oil price volatility.

This is what the free market charlatans at The National Review, Free Republic and Michelle Malkin want to shove down America’s throat. No wonder they never quote those stats from TransCanada’s very own report.

Even one year of fuel price increases as a result of KXL could cancel out some or all of the jobs created by KXL, based on the (more accurate) $3 to 4 billion budget for KXL (the remaining cost to build within the US). Higher fuel prices due to KXL would have broad adverse impacts. Gasoline is a significant cost for most Americans, and especially for those with lower incomes and/or residing in rural areas. Moreover, refined oil products (notably gasoline and diesel) are very widely used throughout the economy (especially in agriculture and commercial transportation). So higher fuel prices due to KXL would ripple through the economy and impact a very broad range of people and businesses.

How can that be when all the conservatives pundits are telling us the XL is all unicorns and rainbows. Would conservatives who claim they are the end all of truth, patriotism and the American way lie their asses off just like they did about Iraq and the Bush tax cuts that would pay for themselves.

The benefits of KXL construction and operations would be narrowly concentrated. A relatively small number of workers and businesses would be directly involved in providing labor and other inputs to pipeline construction and operations. Likewise, the other potential costs and benefits from KXL would not be shared equally across US regions and states. In particular, the Midwest region could be a loser due to KXL, while the Gulf Coast (and particularly Texas) could be a winner.

…The Cost of Oil Spills
The economic and non-economic damage caused by oil spills are given scant attention by
TransCanada or supporters of KXL. But they need to be considered as part of the hefty
price our economy and our environment would have to pay if KXL is constructed. In 2010,
pipeline spills and explosions in the US killed 22 people, released more than 170,000
barrels of petroleum, and caused $1 billion dollars in damage. The history of other
pipelines indicates that spills from KXL are inevitable. Over thirty spills have occurred
with the Keystone pipeline (Phase 1 and 2) in its first year of operation in Canada and the
United States. According to the State Department’s FEIS, Keystone has experienced
14 leaks on US territory in just its first year of operation. This is despite the fact that
the Keystone pipeline was described as meeting or exceeding “world-class safety and
environmental standards.” In Canada, 19 spills had been reported from Keystone as of
June 2011.
Concerns generated by the actual spill history of Keystone and similar pipelines are
further reinforced by an independent study conducted by Dr. John S. Stansbury of the
University of Nebraska. Stansbury’s study examined the likely frequency, magnitude and
consequences of spills from KXL. It concluded that TranCanada’s claim that spills would be
rare—just 11 significant spills over a 50 year period—was not consistent with the available data.

What would create more jobs at less cost to taxpayers, more investment in green technology. Green Recovery: A Program to Create Good Jobs and Start Building a Low-Carbon Economy

Green Recovery – A Program to Create Good Jobs and Start Building a Low-Carbon Economy was prepared by the Political Economy Research Institute at the University of Massachusetts, Amherst, under commission by the Center for American Progress and released by a coalition of labor and environmental groups..

[  ]…Focusing for now on a short-term clean energy and jobs program, Green Recovery reports that a short-term green stimulus package would create two million jobs nationwide over two years. Later in the fall, PERI and CAP will co-publish a fuller study that addresses the longer-term challenges and opportunities created by building a clean-energy economy.

There are lots of reasons the Right prefers a sluggish economy recovery, poor job creation, threats to the nation’s irreplaceable groundwater supply, making the Koch brothers richer, making the nation’s children sicker. Most of it has to do with being blinded by faith in an ideology that is the antithesis of a modern enlightened democratic republic. A pure hatred of rationalism. Contempt for a future that benefits the many instead of the elite. The usual reason conservatives hate anything.

This is the America conservatives love; the least productive members of society getting the lion’s share of the wealth produced by labor –Pay For American CEOs Rose 27 To 40 Percent Last Year

According to a new survey by the corporate governance group GMI Ratings, “America’s top bosses enjoyed pay hikes of between 27 and 40% last year.” The top ten CEOs in the country took home a combined $770 million. Meanwhile, workers saw their average wage go up just two percent in the same year.

Poll: It Isn’t Both Sides’ Fault

But the really interesting finding is that the public does not accept the “objective” message spoon-fed by the press that both sides are equally at fault. Instead, it (accurately) assigns most of the blame to the Republican party. Forty percent say Republican leaders are more to blame, as against a mere 23 percent who say Democratic leaders are more to blame. A larger proportion blames the GOP than blame both parties (32 percent). And among independents, 38 percent say Republicans are more to blame, against 15 percent who say Democrats are. So much for the hack story line that partisanship and political games-playing is paralyzing Washington. Partisanship and political games-playing by Republicans is paralyzing Washington.

Which side is more willing to work with the other? Fifty-one percent say it’s the Democrats, against 25 percent who say Republicans.

Which side can better manage the government? Forty-one percent say the Democrats against 35 percent who say the Republicans.

Which side is more honest and ethical? Forty-five percent say the Democrats, against 28 percent who say the Republicans.

Let’s not laud these findings over or right-wing friends and family. They should go into the 2012 election cycle feeling over-confident. All those tea baggers Republicans voted for in 2010, even Republicans are fed up with them.