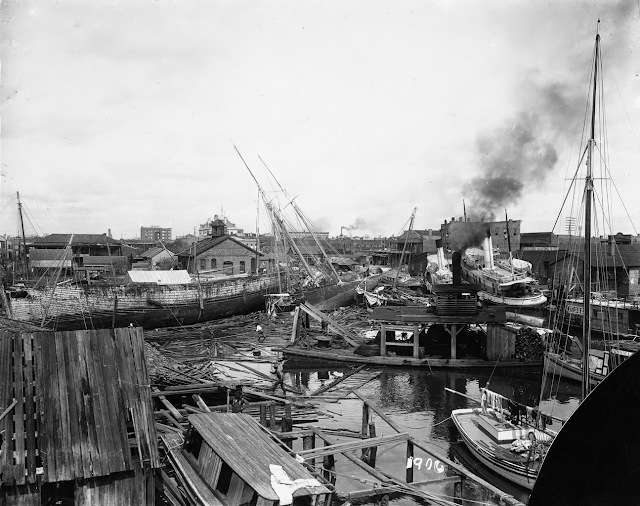 View of the Damage from the Hurricane of 1906. This storm made landfall on September 27, 1906, west of Biloxi, Mississippi, but wreaked its greatest damage from Mobile, Alabama to Pensacola, Florida. The storm caused the deaths of 134 people and millions of dollars in damage in Alabama and Florida. From the cozy perspective of past history it is fascinating to see this boat’s engine, probably coal fired steam, still going as the boat slowly sinks. 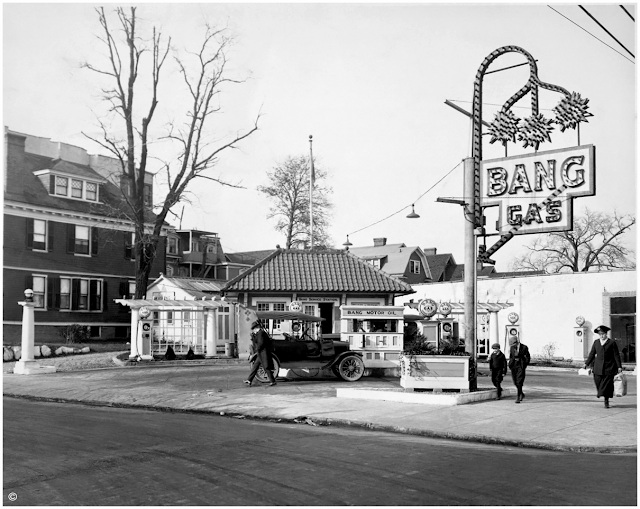 This article includes links to the NYT among other media outlets that have clearly not done their homework on the IRS story, The Truth Comes Out, Conservatives and The Tea Party Were Not Targeted By The IRS

This story that is being repeated and treated as “true” is just not what happened at all. It is one more right-wing victimization fable, repeated endlessly until the public has no choice except t believe it.

Conservative Groups Were Not “Targeted,” “Singled Out” Or Anything Else

All that happened here is that groups applying to the IRS for special tax status were checked to see if they were engaged in political activity. They were checked, not targeted. Only 1/3 of the groups checked were conservative groups.

Once again: Only 1/3 of the groups checked were conservative groups.

Conservative groups were not “singled out,” were not “targeted” and in the end none were denied special tax status — even though many obviously should have been.

From last week’s House hearings on this:

Outgoing acting IRS commissioner Steve Miller: “They didn’t sir. Organizations of all walks and all persuasions were pulled in. That’s shown by the fact that only 70 of the 300 organizations were tea party organizations, of the ones that were looked at by TIGTA [Treasury Inspector General for Tax Administration].”

One of those groups, Emerge America, saw its tax-exempt status denied, forcing it to disclose its donors and pay some taxes. None of the Republican groups have said their applications were rejected. Progress Texas … faced the same lines of questioning as the Tea Party groups from the same IRS office that issued letters to the Republican-friendly applicants. A third group, Clean Elections Texas, which supports public funding of campaigns, also received IRS inquiries.

In a statement late yesterday, the tax agency said it had pooled together the politically active nonpartisan applicants — including a “minority” that were identified because of their names. “It is also important to understand that the group of centralized cases included organizations of all political views,” the IRS said in its statement.

Again, for emphasis: “It is also important to understand that the group of centralized cases included organizations of all political views,” the IRS said in its statement.”

Fact: No groups were harmed. There were delays while the groups were checked to see if they should have special tax status. That’s it. But the rules are that they are allowed to operate as if they had that status while they waited for official approval.

Fact: The only groups actually denied special tax status were progressive groups, not conservative groups. In 2011, during the period that “conservative groups were targeted” the NY Times carried the story, 3 Groups Denied Break by I.R.S. Are Named . The three groups? Drum roll … “The I.R.S. denied tax exemption to the groups — Emerge Nevada, Emerge Maine and Emerge Massachusetts — because, the agency wrote in denial letters, they were set up specifically to cultivate Democratic candidates.”

Fact: The IRS commissioner in charge at the IRS at the time this happened was appointed President George W. Bush.

Recently ABC was caught read-handed passing off a fake GOP e-mail as news and have yet to apologize. What are the chances the NYT, WaPo, ABC, NBC, CNN, CBS and AP will do the right thing and make sure they let the public know that they all, at the very least, mangled the IRS story.

Virginia lt. gov. nominee: Not sorry for hate speech ‘because I’m a Christian’

The Republican nominee for lieutenant governor in Virginia says that he is a Christian and has no reason to apologize for his history against of hate speech against LGBT people, liberals and abortion providers.

It was only after African-American minister E.W. Jackson won the nomination at the Virginia Republican Party Convention last week that many became aware of his history of saying gay people were “perverted” and “sick people psychologically.”

“Homosexuality is a horrible sin, it poisons culture, it destroys families, it destroys societies; it brings the judgment of God unlike very few things that we can think of,” he said last year.

He has also called Democrats “slave masters” and compared Planned Parenthood to the Ku Klux Klan.”

“Liberalism and their ideas have done more to kill black folks whom they claim so much to love than the Ku Klux Klan, lynching and slavery and Jim Crow ever did, now that’s a fact,” Jackson said in a 2012 interview.

E.W. Jackson is carrying the tradition of other black conservatives like Herman Cain, echoing the same talking points, using the same inflammatory language. As is usually is is also factually wrong and lacking simple logic. It does not take a Harvard study to know that Christianity is not just one rigid universally accepted set of beliefs. If that were true there would not be Baptists, Methodists, Quakers or Protestants and Catholics. And Catholics would not be divided up into liberal, moderate and conservative in terms of doctrine, Jackson talks about Christianity the way radical Muslim talk about Islam ( Jackson, by implication is saying that Jews have no moral authority in the issue at all). These Con-Christians have and only they have been revealed the one and only truth. That doesn’t quite work in the context of American culture or the Constitution. We’re all free to worship as we see fit. Jackson by implication does not support that right. Thus Jackson does not exactly have a patriotic set political beliefs. Plantation, plantation. Democrats have not killed any black children via abortion. Democrats have promised black women that we will uphold their right to have dominion over their own body and their health care decisions. Plantation owners did not do that. They were conservatives. They made the reproductive decisions for black women. Jackson wants to have the final word on the reproductive decisions of every black woman. That makes him a modern plantation owner in his beliefs. Jackson wants to have total control over his wife’s health, and your wife and every woman on the street where he lives. That is the way authoritarians and dictators think. This is what Jackson’s “Christian” world view looks like –  El Salvador court delays ruling on abortion case while woman’s life hangs in the balance.

After more than a month of delays, El Salvador’s Supreme Court has announced that it will decide whether or not a critically ill woman may receive a lifesaving abortion within the next two weeks. The 22-year-old woman, identified only as Beatriz, pleaded with the justices to spare her life last week, telling the court: “This baby inside me cannot survive. I am ill. I want to live.”