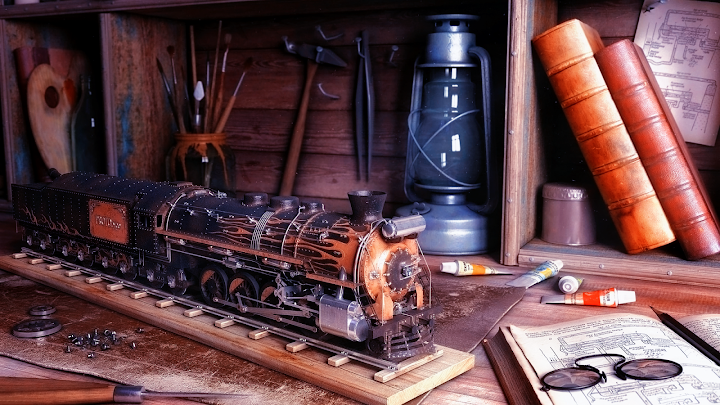 First, who is Avik Roy, according to his little background biography box at Forbes:”The Apothecary, a blog about health care and entitlement reform, is edited by Avik Roy, a Senior Fellow at the Manhattan Institute for Policy Research and a former health-care policy adviser to Mitt Romney. Avik also writes a weekly column on politics and policy for National Review.” Used to work for the guy who likely set a record for lies, distortions, half truths and egregious smears during a presidential election. He works for a radical conservative “think tank” that publishes bought and paid for research and writes for The National Review. The latter’s most recent triumph of truth and reason being the defense of a report claiming all Latinos have low IQs and saying the U.S. should fight on the side of murderous dictator Bashar al-Assad. Avik could still write the truth about something, but his background does speak to a less than stellar character. Rate Shock: In California, Obamacare to Increase Individual Health Insurance Premiums by 64-146%.

Here’s what happened. Last week, Covered California—the name for the state’s Obamacare-compatible insurance exchange—released the rates that Californians will have to pay to enroll in the exchange. “The rates submitted to Covered California for the 2014 individual market,” the state said in a press release, “ranged from two percent above to 29 percent below the 2013 average premium for small employer plans in California’s most populous regions.”

[  ]…The next cheapest plan, the “bronze” comprehensive plan, costs $205 a month. But in 2013, on eHealthInsurance.com (NASDAQ:EHTH), the average cost of the five cheapest plans was only $92. In other words, for the average 25-year-old male non-smoking Californian, Obamacare will drive premiums up by between 100 and 123 percent.

I’ll try to keep this as brief as possible. There are some number wonks who enjoy this sort of news, but arguing about numbers also bores many people. That last paragraph is Avik’s big gotcha. His, look what they’re not telling you that I discovered. There is a little problem with that:

1. I went over to the site where he got his numbers, used the 25 year old single male non-smoker ( which does leave out categories like married, over 25, insurance that is part of a group plan associated with one’s job – the kind of plan most people have). Right now that male can get a monthly plan for as low as $75 a month. One of the huge things he leaves out is what each plan offers in return for that premium. The lowest priced plans are generally awful – they have high deductibles, high out of pocket costs, a percent of any costs after the deductible and many have yearly cost ceilings – like they will not pay over $15k per year. They go as high as $230. Or think of it this way; if cars averaged $150, which would be the best car. The $75 car or the $230 car. One would think a uber conservative wonk like Avik would understand how the market works. That site is pretty easy to use if anyone would like to get an estimate on their insurance – just plug in your situation, single, married, family, age etc and you get quotes from at least ten companies. Obamacare has set a base standard for coverage. As those nefarious liberals said in the past, a few people may see their individual plans go up. Though there is no proof, none, and Avik offers none, that his 25 year old male buying individual insurance will positively  go up a hundred percent.

2. It seems odd that California would go up as much as 100% when Oregon rates and Massachusetts rates have gone down.

A Family Care Health Plans official on Thursday said the insurer will ask the state for even greater decrease in requested rates. CEO Jeff Heatherington says the company realized its analysts were too pessimistic after seeing online that its proposed premiums were the highest.

“That was my question when I saw the rates was, ‘Can we go in and refile these?'” he said. “We’re going to try to get these to a competitive range.”

( Avik also failed to take into account tax credits)…Another is higher premiums in the 2014 individual market, though for many people they’ll be offset by tax credits. The higher rates are because people with pre-existing conditions can no longer be denied coverage. Also, plans have to offer stronger benefits than they used to, leading to higher premiums.

The same is true for California in that category of insured – the single male getting their own insurance. For many people, though not all, those costs will be offset. We are arguing here with a person who makes a living pushing propaganda for the conservative movement, so of course he does not do subtle distinctions. I mentioned Massachusetts. Ezra Klein just reviewed the history of Romneycare in that state, which is basically the same thing as Obamacare, and he found that overall, insurance rates are down. Credit to Avik and Forbes for including some of the rebuttal he has received,

Jonathan Cohn of The New Republic argues that I’m being unkind to California (1) by not describing the mandates that Obamacare imposes on insurers in the individual market, and (2) not explaining that low-income people will be eligible for subsidies that protect them from much of the rate shock.

It’s hard to provide a precise figure on premiums in the new exchange, which is officially called Covered California, because so much depends on individual circumstances, plan selection, and region. But you can get a sense of the prices by looking at what a 40-year-old single person would pay, on average, for the second cheapest “silver” plan on the new market. Such a plan, which would cover about 70 percent of a typical person’s medical expenses, would go for about $300 a month or around $3,600 a year. That compares favorably with what insurance costs today. The typical employer plan, for example, presently costs about $5,500 a year. Employer plans are generally more generous than the silver plans would be, so you’d expect them to be more expensive—but not by such a large margin.

( and this is important for people making in the minimum wage to a few dollars more)…Somebody with an income at 250 percent of the poverty line, or around $29,000 a year, would on average pay just $2400 a year in premiums for that same silver plan. Somebody with an income of 150 percent of the poverty line, or about $17,000 a year, would pay just around $700 a year. This person could also get a “bronze” policy, which comes with higher out-of-pocket expenses, for essentially no premiums at all.

I encourage everyone to read Avik, the California report and Cohn. The report is not that difficult to read through. It seems like they anticipated that people find insurance jargon less than easy to read and tried to make it clear. Yet because insurance is so dependent on individual circumstances, and you’ll get to pick among more insurance companies because of increased competition ( yes it is a capitalist oriented plan that will mean more income for insurance companies) that one can get side tracked in details. In some markets – some states and some regions, only one or two insurance companies have all the business. Obamacare increases the amount of competition, How Obamacare May Help Make Health Care Cheaper By Forcing Insurance Giants To Compete

Setting up the insurance marketplaces is one of the last major Obamacare provisions to take effect — and as the administration works to prepare for that enrollment period to begin in 2014, critics on both sides of the aisle have decried their efforts to implement the health reform law as a “train wreck.” While overhauling the nation’s current health care system certainly hasn’t been without some bumps along the way, Obamacare has not exactly been disastrous so far. The health reform law has already provided better preventative care for millions of previously-insured Americans, forced some health insurers to lower their premiums, and begun to encourage a greater emphasis on primary care.

Obamacare is not my dream, I would have rather seen the ability for everyone to opt into Medicare – a single payer plan. If like Avik, someone was paying me big bucks to find some ragged edges to Obamcare, I could certainly muddy the waters. The net effects of Obamacare are the average insured will see their premiums go down a bit, and millions more Americans will have access to health care. That is not perfect, but it is better than the status quo.

The Atlantic takes down the newest non-scandal, The Fake Story About the IRS Commissioner and the White House. White House records show Douglas Shulman signed in for 11 visits, not 157, between 2009 and 2012. What does it say about conservative “values” that they have to hide behind so much mendacity.