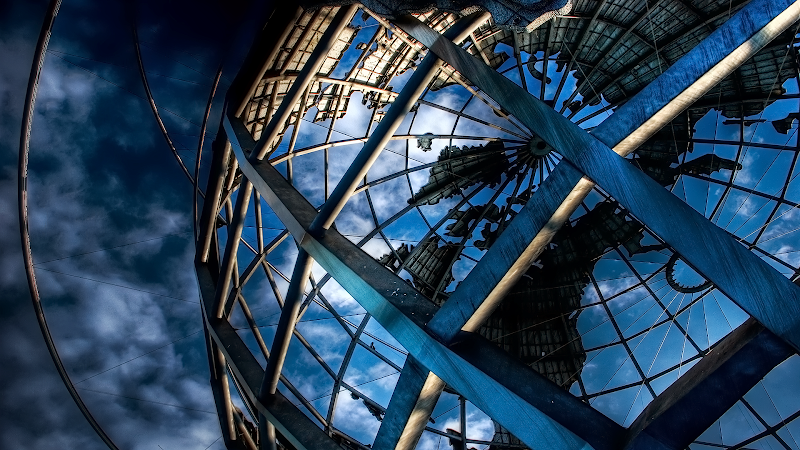 Two of my otherwise good fellow Democratic bloggers might need to go back and do a more careful reading. Firedoglake writes: Did Attorney General Eric Holder Lie To Congress Under Oath?

During Attorney General Eric Holder’s testimony before the House Oversight Committee he made an interesting statement in response to a question from Rep. Hank Johnson (D-GA):

JOHNSON: I yield the balance of my time to you.

HOLDER: I would say this with regard to potential prosecution of the press for the disclosure of material. That is not something I’ve ever been involved in, heard of, or would think would be wise policy. In fact my view is quite the opposite.

Interesting statement given that we now know Holder approved a search warrant for a reporter’s emails who was cited as a co-conspirator in a leak investigation.

Holder was under oath at the time raising the possibility of a perjury charge.

In no way, shape or form does their own post show that Holder lied. Words have meanings. Fairly simple. He said he would not be involved in “prosecution” of the press. It is not quite see Rover fetch the ball, but close in it’s simplicity. We’ll get to some further analysis, but first this post from another Democratic blogger,  The Rosen quest: In (partial) defense of Eric Holder

The pattern emerges again: Obama says the right words, but his administration does the wrong thing.

The news that the Obama administration fought to be able to access Fox News reporter James Rosen’s emails over a long period of time underscores just how much the DOJ latched onto the theory that Rosen was a potential criminal.

Rosen was targeted by the DOJ for his communication with State Department adviser Stephen Kim, who allegedly leaked him information about North Korea’s nuclear program. The DOJ infamously labeled Rosen a “co-conspirator” for his attempts to get the information from Kim. Rosen’s personal emails were searched, and the records of five different phone lines used by Fox News were also surveilled. On Thursday, it emerged that Attorney General Eric Holder had personally signed off on the Rosen warrant.

President Obama said on Thursday that he worried the investigations would chill national security and investigative journalism, and that reporters should not be prosecuted for “doing their jobs.” But his Justice Department apparently did not know this.

One of the most interesting exchanges to derive from this brouhaha may be found on the Brad Blog. Brad wrote a piece which cited Glenn Greenwald’s vigorous condemnation of the Obama administration cavalier attitude toward privacy. In response, a reader accused Greenwald of being close kin to Darrell Issa, the Republican Cairman of the House Oversight Committee.

This is, of course, the overheated rhetoric often employed by those who reduce all of politics to a simplistic game of shirts vs. skins, Us vs. Them. But Greenwald’s response deserves to be quoted:

As for the “substance” of the commenter’s accusations: what I said is 100% accurate. At the time Rosen published his article, barely anybody noticed it. It created almost no furor. Nobody suggested it was a leak that was even in the same universe as the big leaks of classified information over the last decade in terms of spilling Top Secret information into the public domain: the NYT’s exposure of the Bush NSA and SWIFT programs, Dana Priest’s uncovering of the CIA black site network, David Sanger’s detailing of Obama’s role in the Stuxnet attack on Iran, etc.

Nor has anyone claimed that this leak resulted in harm to anyone or blew anyone’s cover. That’s what makes it “innocuous”: it’s a run-of-the-mill leak that happens constantly in Washington, where government officials give classified information and intelligence reporting to DC journalists, who then print it. That happens all the time. All the time. And it has for decades.

All that’s happening here is that Obama followers are doing what Bush followers constantly did to defend their leader: screaming “harm to national security!” to justify secrecy and attacks on the press. But there is no demonstrated harm to national security from this leak and nobody has remotely claimed it’s anywhere near the level of leaks that prompted Bush officials threaten to prosecute journalists at the New York Times.

The effort to spy on Rosen resulted from a classic over-reaction, of the sort we’ve seen time and again in leak investigations.

That blogger ( usually a pretty good one) and Glenn Greenwald ned to get a basic understanding of the difference between a national security leak and whistle-blowing. In the examples that Greenwald cites, those were whistle-blowers who revealed crime committed by the Bush administration. James Rosen leaked a national security secret. Rosen, Fox news and  was and State Department adviser Stephen Kim violated national security laws, compromised the U.S. and U.N. bargaining position on North Kora’s nuclear weapons program. At the very lest Greenwald and those who are like minded should say they don’t care about the marked differences or do not care about national security secrets, or claim that it should not have been a national security secret because it is just Obama beng too secretive and wrap that up with some liberal’s long standing grudge against Obama for that reason. Gleen claims without evidence “But there is no demonstrated harm to national security from this leak.” That is not the case. If it is, Greenwald has offered exactly zero evidence to prove it. I’ve been reading Greenwald for years. he used to make almost iron clad arguments, with supporting evidence, as he did during the Bush administration> What happened. Now he seems to have gone into the ‘ they all do it” and liberals are hypocrites business. Again, with no more proof, than his adamant assertion he is right, period. He seems that a true champion of civil liberties is getting lazy.

The Fox case involved a report by Rosen in June 2009 that American intelligence officials had issued warnings that, should the United Nations adopt sanctions that were under consideration, North Korea would begin conducting new nuclear tests. According to the F.B.I. affidavit in the case, the information was top secret and was contained in an intelligence document disseminated to a small number of government officials that same morning. The report was marked top secret.

Probably no lasting harm was done, but that is simply an educated guess on my part. North Korea has proven to be sociopathic when it comes to acting in it’s own best interests. So they probably would have resumed new tests anyway. Greenwald and bloggers who agree with him do not say that. They claim with absolute, evidence free certainty, that no big deal, it does not matter. As though the humility that Glenn has shown in the past is excess baggage in this case. Glenn is doing what quite a few old-fashioned liberals used to do and still do – though Glenn has never officially declared his political affiliations. They want so much to be regarded as being independent minded, of not being a partisan hack, that they end up being hacks against the truth. This is simple. A very brief story, with some little details that seem to be getting short shift, Fox News Whitewashes Reality To Smear Holder With Perjury Accusations

It was recently revealed that the Justice Department obtained a search warrant for the communications records of Fox News reporter James Rosen in an effort to track down a leaker who provided him with classified information on North Korea in 2009. On May 15, during a hearing of the House Judiciary Committee, Rep. Hank Johnson (D-GA) asked Holder about the warrant and the potential for prosecuting journalists accused of publishing classified information that they obtained from government sources. Holder responded (emphasis added):

With regard to the potential prosecution of the press for the disclosure of material. That is not something that I’ve ever been involved in, heard of, or would think would be a wise policy.

On May 24, the Justice Department released a statement clarifying Holder’s involvement in the approval process for the warrants in question (emphasis added):

“The Department takes seriously the First Amendment right to freedom of the press. In recognition of this, the Department took great care in deciding that a search warrant was necessary in the Kim matter, vetting the decision at the highest levels of the Department, including discussions with the Attorney General. After extensive deliberations, and after following all applicable laws, regulations and policies, the Department sought an appropriately tailored search warrant under the Privacy Protection Act. And a federal magistrate judge made an independent finding that probable cause existed to approve the search warrant.”

Fox News’ Special Report on May 24 argued that these statements were inconsistent and concluded that the Attorney General had previously lied to the Judiciary Committee and thus had committed perjury. Host Shannon Bream began the show stating, “It’s his story, but he’s not sticking to it,” claiming that Holder has “chang[ed] his tune” on his involvement in the scrutiny of journalists. Contributor Steve Hayes claimed that Holder’s two statements were “incongruent” and Charles Krauthammer speculated that it may be “a case of perjury.”

In fact, the statements are not “incongruent” whatsoever. Holder’s comments to the Judiciary referred to the possibility of prosecuting journalists for publishing classified information, but that is not the crime the Justice Department’s warrant accused Rosen of committing. DOJ investigators were concerned with Rosen’s solicitation of classified information, not any subsequent publication of it. Wired explained (emphasis added):

According to the affidavit (.pdf), FBI Agent Reginald Reyes told the judge there was probable cause to believe that Rosen had violated the Espionage Act by serving “as an aider, abettor and/or co-conspirator” in the leak. The Espionage Act is the same law that former Army intelligence analyst Bradley Manning is accused of violating when he leaked information to the secret-spilling site WikiLeaks.

To support his assertion, Reyes quoted an email exchange between Kim and Rosen, in which Rosen told him that he was interested in “breaking news ahead of my competitors” and had a particular interest in “what intelligence is picking up.” He also told Kim, “I’d love to see some internal State Department analyses.”

The suggestion was that Rosen broke the law by soliciting information from Kim, something that all journalists do routinely with sources.

Nonetheless, the federal judge found there was probable cause to believe that Rosen was a co-conspirator and approved the warrant.

In other words, Holder’s on-the-record denial of involvement in any prosecution of news organizations for publishing classified information in no way conflicts with any knowledge he may have possessed or action the DOJ may have taken against reporters for soliciting said information. Fox’s perjury accusations simply don’t align with the facts.

Among those getting the Holder story wrong, Glenn, being a veteran lawyer, should know there is a difference between getting a warrant to track and identify the leakers of a national security secret and prosecuting a reporter. Warrant versus persecution. All the difference in the world between those two things and Glenn knows it. I expect this kind of truth twisting, half facts, balling up everything into smearing sun bites from Fox News, but not someone who has such a great record on keeping his facts straight. Even HuffPo is running with Fox’s lie.