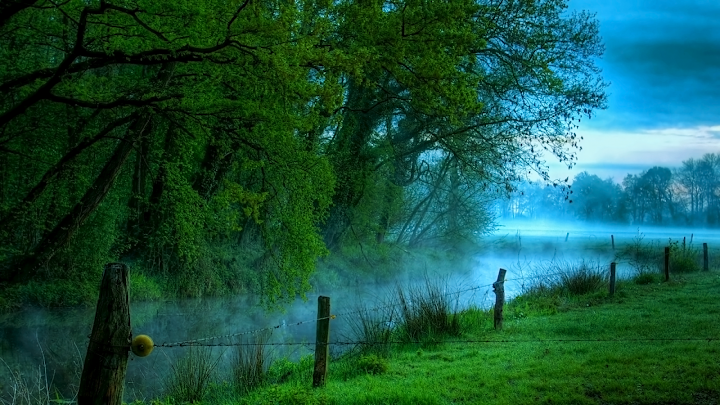 In the tradition of Bill Maher’s new rule, a new way to know when an issue is complicated is when Sen. Dianne Feinstein (D-CA) and House Speaker John Boehner (R-OH) both claim that Edward Snowden is a “traitor.” I don’t know what Snowden is yet and neither do most people. It does seem that he has at least put the question or issue in play of how far is has the government gone in order to supposedly protect us. Both the chatter around me and on Twitter ( not scientific, but Twitter does give you a general sense of what the community writ large, is thinking) is pretty complacent about the possibility that surveillance may have gotten out of hand. That is not to say that what this White House is doing is the same thing Bush was doing. Bush clearly violated the law. I honestly do not know if that means anything to anyone anymore in regards to the government and national security overreach. There is a lot of over generalization – the govmint has always done it, better under surveillance than be killed by terrorists, Obama is a tyrant, Obama is great for keeping us safe. Since the divisions seem to come down to the unlikely alliance of the most liberal of the Democratic base with some wacky libertarians, besides the head spinning, that would also seem to indicate more serious and subtle consideration of the constitutionally guaranteed liberties at stake, 10 Things Americans Underestimate About Our Massive Surveillance State

The bottom line, which resonates most strongly among civil liberties advocates on the left and conservative libertarians on the right, is not just the loss of privacy but also the growing power of the state to target and oppress people who it judges to be critics and enemies. That list doesn’t just include foreign terrorists of the al-Qaeda mold, or even the Chinese government that has stolen [3] the most advanced U.S. weapon plans…

I don’t agree with every word of this editorial, like the Obama administration’s alleged “targeting” of journalist, but some good points,

6. Overlooked: The surveillance state transcends political party. Another dimension of the loss of privacy is that the surveillance state keeps growing regardless of who holds power in Congress or the White House. On Thursday, the libertarian Republican senator, Rand Paul of Kentucky, and the socialist Independent senator, Bernard Sanders of Vermont, both decried [14] the “assault on the Constitution. But the top Democratic and Republican senators on the Intelligence Committee said the NSA activities were “protecting America” and there was nothing new going on—this is business as usual. It’s as if Congress and the intelligence establishment created a genie that will never be put back into a bottle.

10. Overlooked: A smarter way to respect civil liberties and fight foreign enemies. Some of the press reports on the latest NSA election dragnet suggest that Americans face a choice between losing their privacy rights and protecting national security. That seems like a false choice. Where the White House, Congress and corporate America’s leadership has utterly failed is explaining what the real threats are and what needs to be done—including safeguarding the rights that Americans value. On Friday, President Obama said [16] the media reports of the surveillance were “hype” and nobody was reading private e-mails, saying the government’s efforts were limited, balancing privacy and security concerns. In short, he said “trust us.”

The far Right, which certainly includes the tea baggers, was just complaining about overreach by that little govmint agency called the IRS ( their complaints have been found to be unjustified), but where is the consistency. They’re mad at the government for real or imagined slights by the IRS, yet have no problem with overreach by the NSA. This lack of concern about surveillance is predicated on the belief by the far Right and many Democrats, that it is all going to keep us safe. Think of the worse of the most recent incidents of mass violence, the Boston bombings and the Newtown murders. The FBI had some intell that suggested the Boston bombers might be turning radical, but not enough to charge them with anything. Adam Lanza was a mentally disturbed young man with a mother who hoarded guns because she thought civilization was about to end. The far Right in tandem with the NRA claimed that no modest changes to gun safety laws would save anyone. Yet they believe that despite these two tragedies occurring while the nation is under massive surveillance, that may or may not be going too far, is going to prevent mass murder. Obviously having a high rate of gun ownership did not prevent either tragedy. Though maybe some realistic changes, better oversight by Congress in the case of national security and 4th Amendment issues, might save some Americans from being the victim of a well meaning, but overzealous attempt to provide some elusive protection against any possible threat. It didn’t work in the Soviet Union, it pushed the Syrian rebels into violent rebellion and it is why China is still a top offender of human rights. More and better oversight, a review of where we are at in terms of real national security needs, a review of the legality of such programs, a review of the FISA court and how it operates. If so many people think massive surveillance is not unreasonable, I would hope they would think more, and better oversight would also be reasonable. The late Soviet dissident Alexander Solzhenitsyn, an otherwise very bright man who fought most of his life for a freer Russia, once said that Americans took too many small freedoms too seriously. If he were looking around today I wonder if he would not think the opposite is true, we’re too willing to give away freedoms, and without even asking the hard questions.

Philadelphia is so broke the city is closing 23 public schools, never mind that it has the [3] cash to build a $400 million prison.

Construction on the penitentiary said to be “the second-most expensive state project ever” began just days after the Pennsylvania School Reform Commission voted down a plan to close only four of the 27 schools scheduled to die. Facing a $304 million debt, the Commission instead approved a measly $2.4 billion budget that would shut down 23 public schools, wiping out roughly 10% of the city’s total.

But it’s not like Pennsylvania does not have the money to fill the debt. Rather,  PA’s GOP-controlled Houseof  Representatives recently passed a tax break for corporations that will cost the state an estimated $600 million to $800 million annually.

Scheduled to be completed in 2015, the new prison’s cell blocks and classroom will be capable of housing almost 5,000 inmates. Officials said there will be buildings for female inmates, the mentally ill and a death row population.

It is difficult to tell sometimes if conservatives want America to fail. For return on your tax dollar – something conservatives claim to be experts on – you get far more from investments in schools than in prisons. Sure there are violent sociopaths that deserve to be in prison. Though it seems that America, judging by its prison population has a higher per capita population of sociopaths than any other country in the world.

Increased educational achievement in young men reduces the probability that they will engage in criminal activity, and thereby decreases crime-related costs incurred by individuals and society.
Increasing the high school completion rate by just 1 percent for all men ages 20-60 would save the U.S. up to $1.4 billion per year in reduced costs from crime.    A one-year increase in average years of schooling reduces murder and assault by almost 30%, motor vehicle theft by 20%, arson by 13% and burglary and larceny by about 6%.

The current difference in the education levels of white and black men accounts for 23% of the higher incarceration rates for black men.    The direct costs of one year of high school were about $6,000 per student in 1990. Society has since lost between $1,170-$2,100 per year in costs of crime for each male non-graduate from that year.