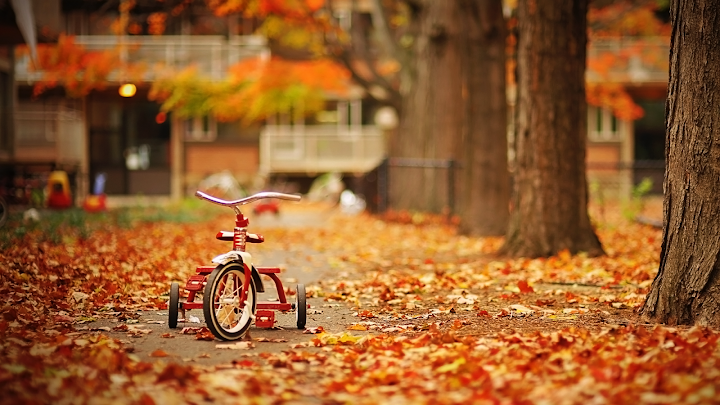 This is probably getting too much attention – Steve Jobs Biography Reveals He Told Obama, ‘You’re Headed For A One-Term Presidency’

“You’re headed for a one-term presidency,” he told Obama at the start of their meeting, insisting that the administration needed to be more business-friendly. As an example, Jobs described the ease with which companies can build factories in China compared to the United States, where “regulations and unnecessary costs” make it difficult for them.

Jobs also criticized America’s education system, saying it was “crippled by union work rules,” noted Isaacson. “Until the teachers’ unions were broken, there was almost no hope for education reform.” Jobs proposed allowing principals to hire and fire teachers based on merit, that schools stay open until 6 p.m. and that they be open 11 months a year.

With all due respect to Jobs, while he was marketing phenomenon, perhaps a brilliant showman when it came to marketing. That doesn’t mean he was some oracle whose very spoken word is  pure gold. On the manufacturing, unions and regulations – total BS. The iPhone labor cost from its Chinese outsourcing amounted to less than $7.00 of the total cost. With labor and parts the total cost was/is about $178.96 per unit. Without a contract the iPhone retails for around $600, but AT&t kicks back some money to Apple with a contract for service that brings down the price to around $200.00. That iPhone depending on the model and contract, which Apple kicks it’s share can actually cost $1300.00 to $4k per year. Apple makes a 60% profit.  No other major computer maker gets those kinds of margins – Not Dell, not Sony or HP. Where do the iPhone parts come from: Germany, Switzerland and South Korea. All of those countries have unions, regulatory and environmental regulations -and health care plans. You have to have had half your brain blown away to believe that finding a place – a factory – to manufacture electronic in America is difficult. The country is littered with old and under used factories. Making the iPhone or any other Apple product here in the U.S. might add a few dollars to the retail price. According to a 2007 Gallup  poll a slight majority of Americans are willing to pay a little more for an American made product. Lets say they got very specific and asked people if they would pay $10 more for heir iPad or iPhone I think most Americans would if it meant the creation of a few thousand jobs. Jobs was a lifelong Democrat, that just makes it all that much more fun to use Jobs as a convenient cudgel to once again beat unions and American workers. Jobs was wrong. If Apple just moved half their manufacturing to the U.S. that might mean what – they would have a 58% margin. With the new jobs created and the jobs those jobs would create you would have a lot more people who might be able to buy Apple products. The Right, as they have been for fifty years is infatuated with a race to the bottom. It’s the so what if workers work 12 hour days for $2.00 an hour syndrome. They’re all like Rep. Sean Duffy complaining about how they can’t get by on $174,000.00 a year. They’re completely detached from the lives of working class Americans.

I’ll give Jobs partial credit for the dig at teachers, but he way oversimplified that issue as well – Steve Jobs talks teachers unions and education reform

In a hotly anticipated biography about enigmatic Apple co-founder Steve Jobs, the brain behind the iPad and iPhone is shown to have a pessimistic view of the state of education in the United States.

The author of the biography, Walter Isaacson, wrote Jobs thought teachers unions are crippling schools. Here is the snippet, courtesy The Huffington Post:

Jobs also criticized America’s education system, saying it was “crippled by union work rules,” noted Isaacson. “Until the teachers’ unions were broken, there was almost no hope for education reform.” Jobs proposed allowing principals to hire and fire teachers based on merit, that schools stay open until 6 p.m. and that they be open 11 months a year.

Jobs’ attitude towards unions is in line with other lukewarm supporters of president Obama who feel labor groups protect teachers regardless of their performance.

An argument can be made that those criticisms are unfair in light of labor union support for the reforms Jobs is reported to have supported.

AFT head Randi Weingarten has endorsed a teacher evaluation method that is partly dependent on how students perform on standardized tests. Labor groups in general do not oppose merit-based evaluations, and principal reviews are a major part of the review process of teachers already.

Labor groups have also backed extending the number of hours students spend in the classroom. A largely successful initiative in Massachusetts to expand the instruction time students receive was noted for the harmonious relationship between a state head of a major labor group and the Massachusetts government.

The whole teachers-unions-ease of firing-tenure issue needs some work. Yet obviously teachers and their unions are not intractable. And it is hard to argue that it is difficult to get rid of teachers when 132,000 teachers have been laid off since the beginning of the recession in 2007.

I will make another point in Jobs favor. He was a far better and more decent capitalist than the hedge fund managers on Wall Street.

Global warming study finds no grounds for climate sceptics’ concerns. The deniers have plenty of denial left in them regardless of more than a billion temperature records dating back to the 1800s.

Jon Stewart On GOP Reaction To Gaddafi’s Death: ‘What The F*ck Is Wrong With You?’ Video at link.

“Is there no Republican,” asked Stewart, “that can be gracious and statesmen-like in this situation? We removed a dictator in six months, losing no American soldiers, spending, like, a billion dollars rather than a trillion dollars, and engendering what appears to be goodwill with the people who now have a prideful story of their own independence to tell… not to mention oil, they have oil. Anybody wanna give credit?”

He then played a clip of Florida Sen. Marco Rubio (R) and Sen. John McCain giving credit. To the French and British.

You can lead a conservative to the facts, but you can’t make them have any class.

Herman Cain Compares Social Security To Slavery. I’m hoping that I get the opportunity to become a Social Security slave since Wall Street ate a big chunk of my retirement funds.