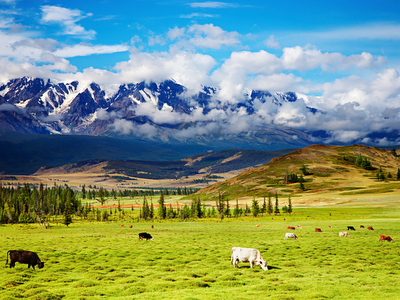 Values is a neutral word all by itself. Massey Energy management has values – they value eking out a few dollars more in profit over the safety of miners. The Right, neo-liberals and and other assorted characters think they displayed values when they conned the nation into a three trillion dollar war. They just happen to have abhorrent values. For thirty plus years, conservatives and conservative Democrats bought into the idea that regulation and tax cuts would bring us economic nirvana. Again, those were values, disastrous ones that have caused a lot of misery for millions of Americans. These economic values were the great experiment in let’s run the country in an anything goes decadent free for all that would have made Nero blush. The wealthy and powerful fiddled, made huge profits, while the rest of American either tread water or lost ground. Now that the experiment has gone up in smoke someone has to pay the bill. People that valued fairness would show some humility, some shame, some remorse over all the cons they pulled on the USA. Like a guess that came for dinner, drink too much and destroyed the fine china you inherit from your grandmother, you would think Republicans and their friends in the McMansions, who are now receiving the same multi-million dollars bonuses that were getting before they trashed the china, would speak up and pay their fair share of the recovery or at least publicly discourage further tax cuts, further deregulation and further burdens on the victims of their shenanigans. Senate Republican Leaders’ Proposed Balanced Budget Amendment

The balanced budget amendment to the Constitution that Senate Republican leaders unveiled today is the most radical major fiscal policy proposal in decades. It would require a balanced budget every year regardless of the state of the economy, an exceedingly unwise requirement that most economists have long counseled against because it would require the largest budget cuts or tax increases when the economy is weakest and thereby could tip faltering economies into recessions and make recessions worse (see box). It also would require budget cuts of such a magnitude as to force policymakers to severely slash Medicare, Medicaid, and many other programs or scrap them altogether — even while opening the door to massive new tax cuts.

[   ]…The last year that federal spending was 16.7 percent of GDP or lower was 1956 . In that year, Medicare and Medicaid did not exist and millions of workers (including many low-income and minority workers) were excluded from Social Security. Federal aid to education barely existed. Most federal environmental protection did not exist. Nor, for that matter, did most basic programs to ease poverty and hardship such as Supplemental Security Income for the elderly and disabled poor, food stamps, and the Earned Income Tax Credit. More than a third of elderly Americans lived in poverty, infant mortality was far above today’s levels, and rates of child malnutrition in some areas of the country approached those of Third World nations.

Even under President Reagan, federal expenditures averaged 22 percent of GDP — and that was before any members of the baby boom generation had retired; at a time when health care spending was a third lower as a share of GDP than it is today; and before the 9/11 terrorist attacks led policymakers to create a new category of homeland security spending and the wars in Iraq and Afghanistan led to increases in veterans’ health costs that will endure for decades.

Those in the top 5% income bracket or corporations in general, hey good times, if you’re short-sighted and greedy anyway. If you’re a retail clerk, a teacher, a cop, a mid-level supervisor, a waiter, a customer service operator, a fire fighter, a truck driver or a brick layer – you and your grand parents will be paying the bill for the wreckage left by millionaires. We’re doing things this way because of what Republicans value – rewarding wealth. More here, GOP Budget Proposal for 2012 to Gut Medicaid

Meanwhile, Governor Jan Brewer’s real-world death panels are already offering a glimpse into the national dystopian future that is Arizona nightmare present. Still struggling\to stop the growing body count from draconian cuts to the state’s transplant surgery program, Governor Brewer last week proposed new Medicaid fees for “adults who lead unhealthy lives.” (As McClatchy noted, “A 2008 study by Arizona State University found that that state’s structural deficits could be traced to 15 years of tax cuts, mainly income-tax reductions that ‘were not matched by spending cuts of a commensurate size.'”)

It’s the Grover Norquist zombie and its progeny let louse on America’s most vulnerable citizens. There is nothing I could ever say that would instill a sense of decency in those conservatives suffer from a Norquist infection. I could recount the tales of dying children, middle-aged working class Americans condemned to death for lack of funding for an organ transplant, the elderly retirees living on baloney and peanut butter. Those stories would be like bouncing BBs off an armored plated heart. Georgia has a Norquist zombie as governor, Georgia Gov. Nathan Deal Proposes Massive Tax Cuts For The Rich, Big Tax Hikes for Middle Class

For example, it lowers the state personal income tax rate from 6 to 4.5 percent. Yet at the same time, the bill is being touted as being revenue neutral — meaning that revenue has to come from somewhere. Georgia Republicans, under the leadership of Deal, have decided to make up the difference by eliminating a whole host of tax exemptions and increases in sales taxes. The end result? Georgians making over $180,000 would see steep tax cuts while middle class Georgians making between $20,000 and $180,000 would see tax hikes. This chart compiled by the Atlanta Journal-Constitution’s Jay Bookman using data from Georgia State University’s Fiscal Research Center illustrates this:

While negotiations over the tax bill are far from over, it appears that Deal and his Republican colleagues are standing behind a template that is becoming all too familiar for right-wing legislators: cut taxes on the wealthiest Americans and then demand that middle class and working class Main Street Americans pay out more in tax hikes or in reduced spending to health care, education, and other important investments. As ThinkProgress previously reported, at least a dozen states are currently pursuing corporate tax cuts while at the same time increasing burdens on working families.

The zombies do make exception for their brain eating agenda – the middle-class and working poor can cough up a few more dollars to pay for tax cuts to corporations and the wealthy. This is the way Republicans, the conservative Democrats and the media portray how capitalism works. We have to kiss the collectives asses of the well off because they create jobs. The purveyors of the conventional wisdom believes, much the same way hardheaded dogmatists believe in the inerrancy of their beliefs, that capital reigns supreme. Where does capital come from. Capital comes from the people the Right likes to call thugs – the American worker. If that is not the case than the Coors family can make, package and truck all their beer themselves. The Koch brothers can roll up their shelves and do an honest day’s work before they die. Right-wing sugar daddy Richard Mellon Scaife can get off his lazy ass and produce one actual product or service instead of having someone do those things for him. No workers, no work, equals no millionaires. Every wealthy American’s wealth is built directly or indirectly on the shoulders of workers. America doesn’t owe the millionaires anything, the millionaires owe America a sense of humility and the moral obligation to pay back just a little for their good fortune.

As of today it does look like we’ll have a government shut-down. Since it seems imminent and because of the draconian measures Republicans would like to take against programs such as Medicare, hey, bring it. The public’s reaction to what Scott Walker did in Wisconsin will play out nationally in the 2012 elections.

One of the newer memes from Wingnuttia, Broken Record: Right-Wing Media Spread Falsehoods About Obama’s Energy Policies. From the Washington Times to Fox News to M’s Palin, everything having to do with higher gas prices ( and food) is President Obama’s fault. I have plenty of issues with Democrats and President Obama, but higher fuel and food prices are not ones that I can reasonably assign to them.

We talked to Fadel Gheit, a former Mobil Oil executive who is now a senior energy analyst at Oppenheimer & Co. Asked about the impact of the deepwater moratorium, Gheit said the moratorium had a “negative impact on production, but not as much as the politicians would like us to believe.” The impact of the moratorium on gas prices? “Nothing. Zero,” he said.

[  ]…Michael Canes: “Not Credible To Blame The Obama Administration’s Drilling Policies For Today’s High Prices.” While noting that he disagrees with the Obama administration’s policies on oil and gas drilling, Michael Canes, research fellow at the Logistics Management Institute and former chief economist of the American Petroleum Institute, told Media Matters via email that it is “not credible” to blame Obama’s policies for the high gas prices…

[   ]…Tom O’Donnell: “The Amount Of Extra Oil That The U.S. Would Produce” Would Have “Almost Insignificant” Effect On Prices. Tom O’Donnell, professor of Graduate International Affairs at The New School and expert on the globalized energy sector, said blaming the high gas prices on the administration’s drilling policy mistakes correlation for causation.

Domestic oil production is fact at a peak compared to production over the last decade.