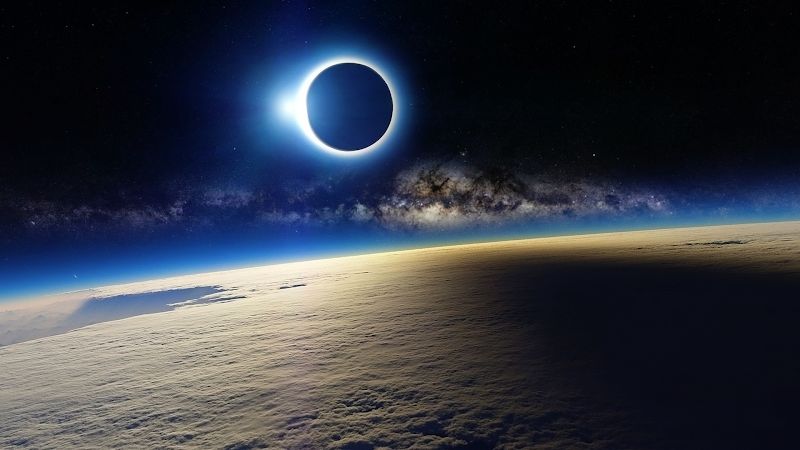 Remember when Bush ignored that Presidential Daily brief that Bin Laden might be planning an attack on the U.S. Remember how well then national Security Adviser and Vice President Cheney were so proactive about stopping that attack. No, we don’t remember that happening because they were all criminally negligent. None of their supporters, the same people pumping up the Benghazi conspiracy theories, called for resignations. On the contrary, they accused any critics of being pro terrorists. Judging from this trash talk from the anti-American web site Powerline and Paul Mirengoff, one can assume they’re afraid, very afraid of a Hillary Clinton run for the presidency,  Hillary Clinton — culpable for Benghazi from beginning to end. Anyone has has the time could use the bullet points from this trash to draw a chart on how to create a conservative smear without one shred of evidence:

“Under these circumstances, it would not do to attribute the Benghazi killings to the terrorism about which top State Department officials had been warned. Much better to lump what happened in Libya together with the protests that occurred in Egypt, and thereby characterize it as a demonstration that went too far, rather than premeditated terrorism.”

Yea, well the problem with that framing is that the Benghazi attacks did happen within the larger context of the video created by a U.S. based conservative. That is not to say there was a direct cause and effect, but certainly a tie between the two,  What’s Behind the US Embassy Protests in Egypt

The distasteful and amateurish fourteen-minute video clip that ignited the unrest was first posted on YouTube in July, but it received scant attention until earlier this month, when Maurice Sadek, a Coptic Christian living in Washington DC, whose incendiary anti-Muslim campaigning led to the revocation of his Egyptian citizenship earlier this year, linked to a translated version of the film on an Arabic-language blog and highlighted it in an e-mail newsletter.

The independent daily Al Youm al Sabaa picked up the story and published a three-paragraph article on September 6 calling the film “shocking” and warning it could fuel sectarian tensions between Coptic Christians and Muslims in Egypt. An Islamic web forum soon carried the story, as did other newspapers, yet it remained off the front pages.

It wasn’t until September 9 that the story began to gain traction, when TV host Khaled Abdullah—known for his inflammatory rants against Christians, liberals and secularists—played a clip of the video on his show on El-Nas, a private religious satellite channel. Abdullah and his co-host railed against the film and accused expatriate Copts of wanting to “inflame Egypt.” The Coptic Church issued a statement disavowing the video, as did a number of expatriate Coptic groups.

The film quickly caught the attention of other ultraconservative Islamists in what became an echo chamber of calls to protest. Wesam Abdel Warith, the head of the Salafi television station al-Hekma and one of the principal protest organizers within the Salafi coalition, called for a demonstration to be held outside the US embassy on Tuesday, September 11, after hearing that extremist Florida pastor Terry Jones had planned to put the Prophet Muhammed on mock trial that day and sentence him to death.

In an interview with Al Jazeera English, Warith defended choosing to hold the protest outside the US embassy. “We are fully aware that the US administration is not responsible for the actions of individuals, but this was a message because we know as individuals we have no power to stop this absurdity,” he said.

The chorus of calls to protest continued to grow. Nader Bakkar, the spokesman for the Nour Party, the largest of Egypt’s three licensed Salafi parties, said the protest was necessary as a religious duty to defend the prophet.

“Islamists tried to capitalize on this event for their own political gains,” says Khalil al-Anani, a scholar in Middle East politics at Durham University. “But it started getting out of control. It’s a very risky game.”

By mid-afternoon on Tuesday, protesters started gathering in front of the embassy, chanting slogans for the prophet and against the United States. A few thousand eventually turned up and were joined by a small group of Copts as well as Ultras, the soccer fans who have long been at the forefront of protests against security forces in Egypt. Police did nothing to prevent a number of protesters from scaling the 12-foot outer wall of the compound and bringing down the American flag, which had been flying at half mast to mark the anniversary of 9/11, eventually burning it and replacing it with an Islamic one.

“Essentially, security didn’t do anything,” says Michael Wahid Hanna, a fellow at the Century Foundation. “When they want to enforce security around an embassy they do it,” he says, pointing to the police crackdown on demonstrators outside the Syrian embassy a week earlier.

So for the terrorists the video was a kind of trigger and the protests made for a good opportunity. If security at U.S. embassies is all awful and was then Secretary of State Clinton’s fault, than why didn’t terror cells around the world use the weakness that Powerline insists was pure negligence, to launch a series of attacks. Could it be that the facts are as we know them. This was the one embassy where there were protests to provide the best cover for such an attack. If it sounds like I’m tossing up my own wild theories, Powerline and the radical right propaganda outlet The Weekly Standard need to get their stories straight because the Standard actually printed what I just wrote, Weekly Standard Accidentally Disproves Central Right-Wing Benghazi Claim

In the Weekly Standard article, Stephen F. Hayes highlighted how specifics about the involvement of members of an al Qaeda-linked terrorist group that were included in an initial September 14 draft of talking points by the CIA’s Office of Terrorism Analysis were later removed by administration officials. Included in Hayes’ report are images of the various versions of those talking points, which serve to drastically undermine the right-wing media’s critique. Here’s the first bullet point from what The Weekly Standard terms “Version 1”:

We believe based on currently available information that the attacks in Benghazi were spontaneously inspired by the protests at the U.S. Embassy in Cairo and evolved into a direct assault against the U.S. Consulate and subsequently its annex.

In the final version of the document, that bullet reads:

The currently available information suggests that the demonstrations in Benghazi were spontaneously inspired by the protests at the U.S. Embassy in Cairo and evolved into a direct assault against the U.S. diplomatic post and subsequently its annex. There are indications that extremists participated in the violent demonstrations.

The “protests at the U.S. Embassy in Cairo” were part of a series of global riots and protests in Muslim countries that came in response to increasing awareness of the anti-Islam video.

These talking points were used by Ambassador Rice for a series of September 16 television interviews. The right-wing media subsequently engaged in a witch hunt to portray her as untruthful and misleading for connecting the attack to the video. But as the Weekly Standard has now shown, it was the CIA’s Office of Terrorism Analysis and not political appointees that introduced that link into the talking points.

Moreover, the involvement of al Qaeda-linked terrorists in the attack does not preclude the video’s possible role as the proximate cause of the attack.

Maybe the entire intelligence community switches roles depending on who is in the White House. During the Bush years they conspired to cover-up conservative incompetence and violation of the law. One can make up all kinds of stories and claim that the story is indisputable, but what about those little nasty things called facts. The radical right claims that people did and said things out of certain motivations. Unless they have super powers that violate physical law, they cannot see into the mind of Clinton, Susan Rice or President Obama. And about that whistle blower who supposedly has the White House in his sights. Just so much smack talk, Benghazi (II): A military analysis of the Fox mystery man’s fantasy rescue plan

On April 30, 2013, Fox News aired an interview with a supposed member of U.S. Special Operations Command who said that members of “C-110,” who were training in Croatia on September 11, 2012, could have both arrived at the Benghazi consulate in 4-6 hours and arrived before the second attack on the annex during which Tyronne Woods and Glen Doherty were killed. The mystery man critiques the Obama administration’s decision-making, yet offers no information as to how C-110 would have influenced the battle in such a way that the outcome would have been different. Perhaps because it was actually impossible for C-110 to arrive before the attack, and if they did, they would not have been able to do anything that would have prevented our heroes, Woods and Doherty, from being killed.

Gregory Hicks, the former deputy of slain U.S. Ambassador Christopher Stevens has some lawyers running defense for him. How remarkable that his lawyers are members of the conservative black opts crew that tried to get serial liar and traitor Scooter Libby off,

Joseph diGenova and Victoria Toensing run a law firm together. They are also married. They are also soldiers in the dirty wars we have between the two major parties. When Scooter Libby was indicted, diGenova and Toensing demanded a pardon. In fact, they had been brawling on Libby’s side for years. Toensing even authored an amici curiae brief with the US Court of Appeals in Washington, seeking to overturn the ruling that forced Matthew Cooper and Judy Miller to testify in the Libby case.

Poor little Scooter, a conservative black opts veteran himself had to bite the bullet, lie, get caught and then take the fall, all to protect Darth Cheney. he is probably living off wing-nut welfare, but he never did have to serve jail time for his crimes and neither did Dick. The Benghazi conspiracy game follows a trend in the conservative movement. Conservatives commit real provable crimes. Are proven to be up to their eyeballs in an actual conspiracy. As soon as the opportunity arises they invent a conspiracy as revenge against those who attacked them for their real crimes and negligence. Conservatives have created this swirling cesspool of moral corruption. rather than step back, stop, apologize and become just decent citizens, they dig themselves deeper into the muck of their own making. Even Fox News or one guy on their morning show anyway sees where the conspiracy entangles a lot of people the Right has praised in the past, including Admiral Mullen, General Petraus and Leon Panetta. Many of the people who were running some aspect of national security under Bush, and could do no wrong, are still working at some post at the CIA, National Security Administration or the Pentagon, for the Obama administration. This is almost as absurd as the birthers who by definition are claiming that fifty states, the CIA, the SCOTUS, the State Department, the Secret Service and a dozen other entities are involved in the greatest cover-up in history.