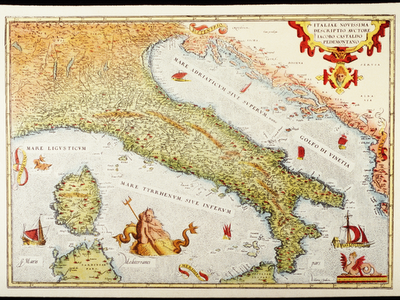 Pamela Geller’s of Atlas Shrugs has been of the more maniacal opponents of the Park 51 project to e located two blocks what has come to be called “Ground Zero”. Detective fiction buffs with some spare time might want to solve the mystery as to why Geller has been invited to appear on CNN, Fox and NBC among other media outlets to babble on about Park 51 and Imam Feisal Abdul. The only analyst or insight she seems to bring to the non-story is she hates Muslims and doesn’t understand why everyone else doesn’t have the same blind hatred she does. Geller has mastered the right-wing or Glenn Beckian art of tying together people and events in a manner that makes one gives thanks neither she or Beck are nuclear physicists. We’d all be dead, but at least there wouldn’t be a Muslim…or Quaker…Methodists…Hindu …any religious community center which did not pass their jack booted religious-patriotism litmus tests. If the game is degrees of separation between people who are up to no-good than Geller and Fox have some plain’n to do –  Fox News co owner funded Ground Zero mosque imam: report

The second largest shareholder in News Corp. — the parent company of Fox News — has donated hundreds of thousands of dollars to causes linked to the imam planning to build a Muslim community center and mosque near Ground Zero in Manhattan, says a report from Yahoo!News.

According to the report from Yahoo!’s John Cook, Saudi Prince Al-Waleed bin Talal, who owns seven percent of News Corp., “has directly funded [Imam Feisal Abdul] Rauf’s projects to the tune of more than $300,000.”

Cook reports that Prince Al-Waleed’s personal charity, the Kingdom Foundation, donated $305,000 to Muslim Leaders of Tomorrow, a project sponsored by two of Rauf’s initiatives, the American Society for Muslim Advancement and the Cordoba Initiative, which is building the Manhattan mosque.

[  ]….Cook notes that it was none other than News Corp.’s New York Post that reported on Prince Al-Waleed’s donation to Muslim Leaders of Tomorrow. He reports that Fox News had no comment for his article, and emails to the prince’s Kingdom Foundation were not returned.

This comes on heels of the news Karen Hughes, a Republican political adviser and Dubya’s Under Secretary of State for Public Diplomacy and Public Affairs worked with Imam Feisal Abdul, but suddenly doesn’t remember who he is.

The National Review On-line typifies the right-wing tendency to latch on to an urban myth like a chew toy – At National Review, Avik Roy tries to explain in “A Non-Demagogic Disquisition on Death Panels” how conservatives are perfectly right to worry about this non-existent phenomenon

Not adding to the versimilitude: Roy throws in as a supporting example the end-of-life counseling document “Your Life, Your Choices” used by the Veterans Administration for years before Obama walked in the door. Roy thinks this example shows that the state can’t handle such delicate matters without trying to get veterans to kill themselves.

The Right was utterly silent during the Bush years when the VA was using the very same “Your Life, Your Choices” and that vets are directed to other source material about their medical care. Republicans feign concern that a vet, left free to make decisions for themselves, might make a choice that offends their finely warped sensibilities. On the other hand lying about WMD and sending over 4000 troops to their deaths they have no problem with. We’ll never hear the slightest apology from the Right for their participation in one of the most despicable political crimes of our time.

New Jersey state education commissioner, or as of this writing, former state education commissioner Bret Schundler signed up for membership in the hypocritical lying weasels party of his own volition. Thus signing up for the proposition that Social Security, Medicare, workman’s compensation and unemployment insurance were schemes cooked up by Satan and Stalin to destroy the United States. Even so, while he was employed as a political crony to New Jersey Republican governor Chris Christie, Schundler did, we’ll assume, pay his taxes as a very well paid government employee. Thus on termination he has every legal if not moral right to collect unemployment. There are some other members of the lying hypocritical weasels movement who do not think well of those anti-American socialists who collect unemployment,

And to add insult to injury, major Republicans have derided the character of the recipients of unemployment benefits. NY GOP gubernatorial primary candidate Carl Paladino has suggested sending people receiving unemployment benefits to prison dorms, Nixon administration official and conservative pundit Ben Stein has complained that the unemployed are “unpleasant people…who do not know how to do a day’s work,” Rep. Zach Wamp (R-TN) suggested the jobless are “sitting back and waiting” instead of looking for work, and former House Speaker Newt Gingrich has claimed “welfare” is making the persistently unemployed lazy.

This is what happened to Schundler,

You’ll recall from Tuesday night’s TRMS that New Jersey Governor Chris Christie initially expressed willingness to take the blame for the mistake that cost his state as much as $400 million in federal education funds – though he did this while blaming Washington bureaucracy, Barack Obama and paper quantity.

But now the New Jersey Star-Ledger reports that a new video reveals a lack of preparedness by state education commissioner Bret Schundler at a presentation to the U.S. Department of Education. Christie found offense in this so he ordered his chief of staff, Rich Bagger, to ask Schundler to resign.

Ousted state Education Commissioner Bret Schundler today said he asked Gov. Chris Christie to be fired from the work he considered his “life’s dream,” rather than resign, so he could receive unemployment benefits to pay his bills.

Apparently Schundler, “once hailed as a rising star in conservative circles,” has gained a new appreciation for taking advantage of federal assistance.

Gosh and gee willikers this is odd. A Republican rising star Schundler asks to be fired so he can be a lazy unpleasant person who doesn’t know how to do a day’s work – in the words of his own political komrades – by anther Republican wunderkind Chris Christie, who was upset his state would not get funds from the federal government so his state’s budget wouldn’t tank. Rich Lowry at the intellectual flea pit known as The National Review On-line recently wrote of Chrsitie,

For adults, look to the statehouses. Look in particular to New Jersey and Indiana, where Govs. Chris Christie and Mitch Daniels are forging a limited-government Republicanism that connects with people and solves problems. They are models of how to take inchoate dissatisfaction with the status quo, launder it through political talent, and apply it in a practical way to governance.

So The NRO’s newly christened saint is not the pure do it yourself, anti-big gov’mint pull yourself up by the shiny medal thingys on your Gucci loafers conservative Lowry claims. Lowry advocates using Christie as a gold embossed template for how its done,

Christie has just concluded a six-month whirlwind through Trenton that should be studied by political scientists for years to come. In tackling a fiscal crisis in a state groaning under an $11 billion deficit, he did his fellow New Jerseyans the favor of being as forthright as a punch in the mouth. And it worked.

[   ]….He matched unyielding principle (determined to balance the budget without raising taxes, he vetoed a millionaires’ tax within minutes of its passage) with a willingness to take half a loaf (he wanted a constitutional amendment to limit property taxes to 2.5 percent, but settled with Democrats for an imperfect statutory limit). He’ll need an Act II to get deeper, institutional reforms, but New Jersey is now separating itself from those other notorious wastrels, California and Illinois.

Christie kneeled and saw the shining light that said thou shall not ask the millionaires of New Jersey for a small sacrifice we’ll just get the money from the federal government – you and me. Yes, absolutely, those interested in being weasel flim-flam artists should keep an eye on Lowry’s golden boy to see how it’s done.

Joe Miller Calls Senator Lisa Murkowski a Whore? (Updated). Miller was one of  Sarah Palin’s picks. They both seem to have the same demented sense of right and wrong. For the Millers and Palins of conservatism every little slight, every little bump in the road, is a monumental assault on them personally. I’ve read that Palin is going to star in her own reality show. What might be memorizing television is the sight of a group of right-wingers such as Miller, Palin, Sharon Angle,  Rep. Zach Wamp (R-TN), Ben Stein, Glenn Beck and Dick Armey on a Big Brother themed show where they could battle for title of biggest viscous loon.